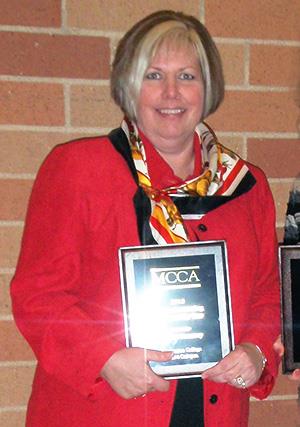 Kromrey’s list of accomplishments outside of school is substantial, even though she hasn’t quite yet earned her degree. She has worked as a certified medical assistant, a public official, a stay-at-home mom, a childcare provider and special education paraprofessional.

Each of these roles has built an excellent foundation of experience, and Kromrey hopes that earning her bachelor’s degree in healthcare management will serve as the capstone in a lifetime of learning.

“I had given up on my career to raise my children but I never gave up on the dream of earning my degree,” Kromrey says.

Here is the story of her journey toward a lifetime goal.

Pursuing a dream set aside

Kromrey is no stranger to the medical field. Her father was a mortician and her mother a nurse, so pursuing a career in healthcare after high school seemed natural. She decided to attend a vocational school and become a certified medical assistant (CMA) only after getting stuck on a nursing school waiting list. From there she spent three years as a CMA working for a group of obstetricians.

Kromrey decided to put her medical career on hold after getting pregnant with her first child. “The plan going in was to be there at home for my kids as long as they needed me,” she says.

Kromrey worked from home as a childcare provider while raising her children. She then took a position as a special education paraprofessional at a local high school as her family continued to grow.

Unfortunately, in 2010, budget cuts led to her position being eliminated. With her youngest son about to move away for college, Kromrey found herself at a crossroads. She decided, with so much of her life in flux, it seemed like a natural time to go back to school with hopes of restarting her career in the medical field.

The challenge for Kromrey was to find a school that would best match her needs. Like a lot of non-traditional students, she was a little apprehensive about returning to school after a long layoff.

“My three kids all went to big state universities and I knew that wasn’t what I wanted,” Kromrey says. “I knew I needed smaller classes and more one-on-one instruction so Rasmussen [College] had everything I was looking for.”

Kromrey says her time spent working in a high school prior to attending Rasmussen College helped her prepare for a return to school.

“I got the chance to brush up on subjects like algebra and history before starting school so I think that helped me a little,” Kromrey says.

Kromrey says her transition was eased by a smaller course load which included a computer applications class. She put herself on an even footing with some of her younger classmates by brushing up on the various computer programs she would be using throughout her career. 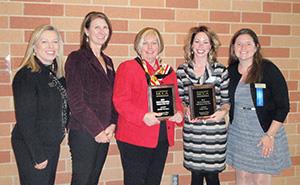 After getting herself acclimated to school, Kromrey earned an associate degree in medical administration in 2011. She is now pursuing a bachelor’s degree in healthcare management.

Things appear to be going well for her.

She has excelled academically—earning nearly all A’s—and recently won an award from the Minnesota Career College Associate (MCCA) for her work in the classroom and the community. Kromrey says receiving the award was a humbling experience.

“I was shocked when I was approached to even be nominated,” Kromrey says. “There are approximately 25,000 students in MCCA schools and I was the one picked? That kind of blew my mind.”

The MCCA considers community service as well as academic performance when choosing recipients, and Kromrey has an impressive resume of both.

She was involved in blocking a road construction project in her community, and continued her path of civic engagement by earning a position on the park board in her hometown of Circle Pines, Minn. In fact, Kromrey also spent 10 years as a member of her city council.

“They say you can’t fight city hall, but I did and I won,” she says.

The road to earning a bachelor’s degree for Kromrey is still long and winding. It’s unlikely she’ll receive her degree before 2015 because of a course load that is less than full-time. She’s uncertain about what the future holds.

“I’m going to be almost 60 when I’m finished, so I’ve got a couple issues to address,” Kromrey says. “By the time I graduate, I wonder how much of a desire I’ll have to start a new career, and will employers hire me at that age?”

Kromrey currently works as an administrative professional at Rasmussen College’s Blaine campus. She enjoys the role and she hasn’t ruled out staying in it if the prospect of starting a new career seems too daunting by the time she graduates.

But for her, the journey is more valuable than the end result.

“That four-year degree is what my goal is,” Kromrey says. “I really do love it [at Rasmussen College] but I plan to just go with the flow and see where it takes me.”

Whatever Kromrey ends up doing after graduation, just crossing that stage and accepting her degree will be the proverbial cherry on top of a lifetime of learning.

Check out the healthcare management page if you’d like to become part of the program. If you have a compelling story of your own and you’d like to be featured, email me at [email protected]. 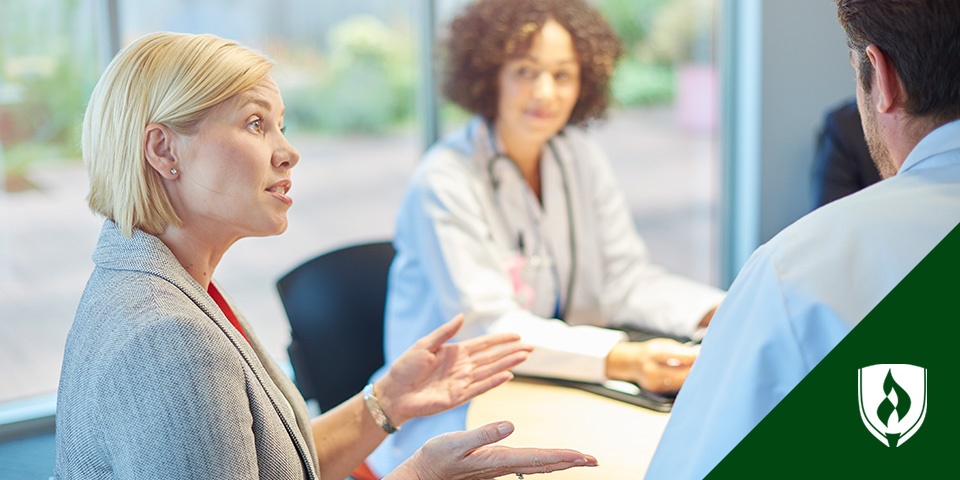 What Is a Health Services Manager? A Look at the Pros Who Keep Healthcare Facilities Humming 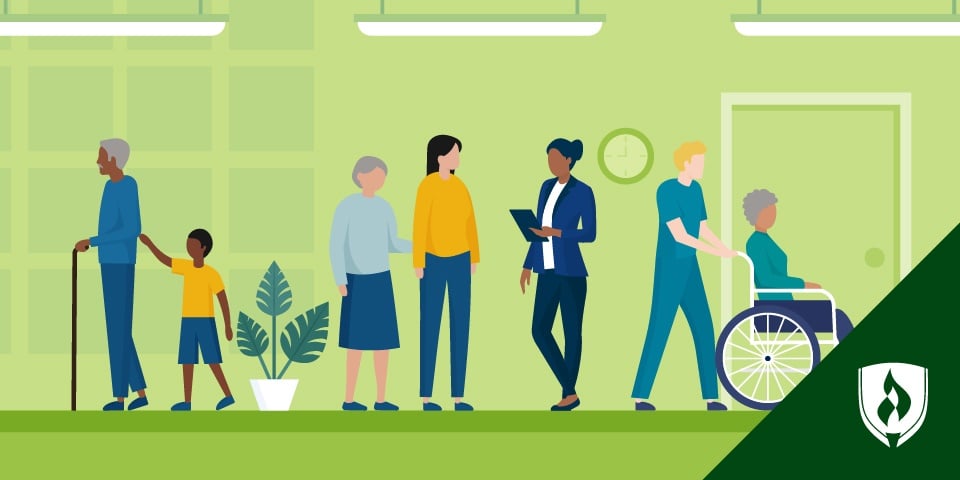 How to Become a Nursing Home Administrator: Your Guide to This Health Care Career 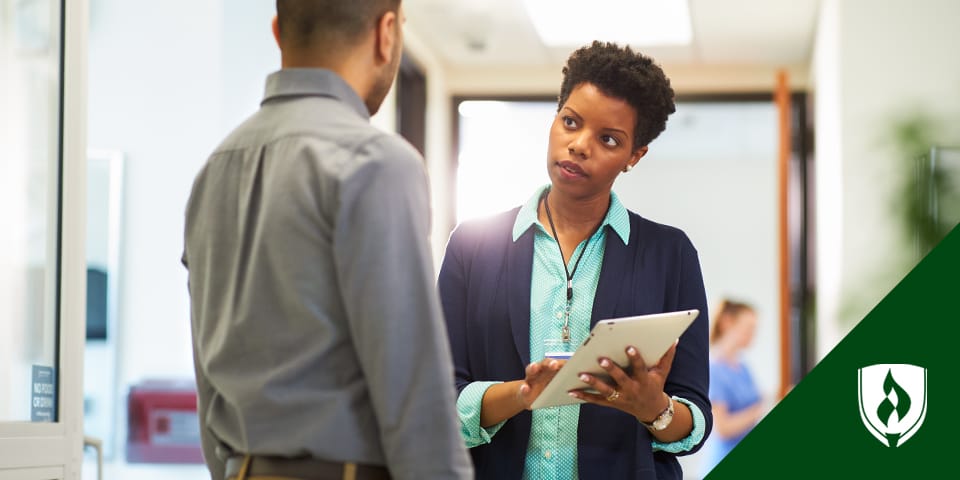 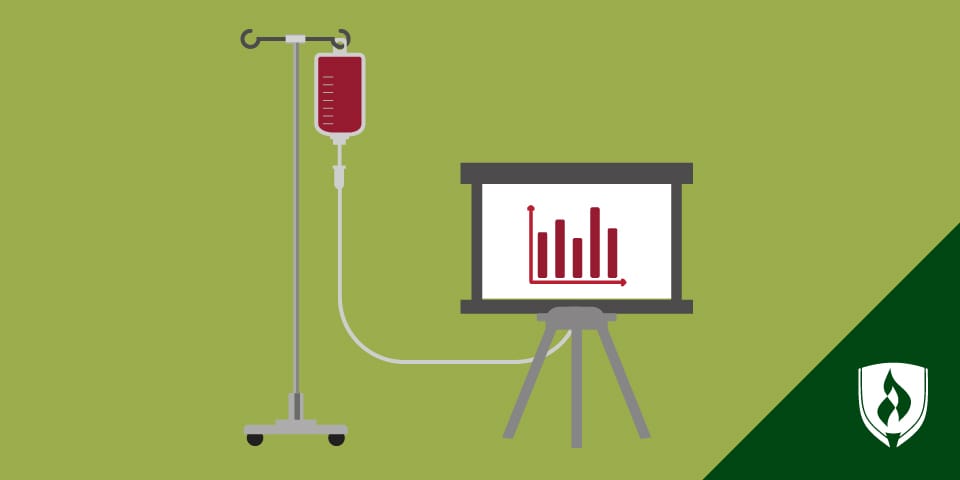 What Can You Do With a Healthcare Management Degree? The Business Behind the Medicine