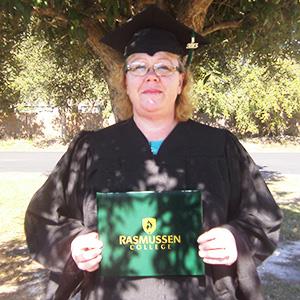 Tampa, Fla., graduate Lynn Hummel never imagined she would earn a medical assisting degree. In fact, she didn’t have her GED until she was 32 years old. Looking back at where she was before attending Rasmussen College, Hummel says she can barely believe she’s come this far.

“I never would have thought I would have even got my GED,” Hummel says.

Hummel’s journey toward her new career was full of challenges, but overcoming those challenges have made the reward of completion that much sweeter.

Here is how Hummel persevered despite adversity.

Hummel woke up to the sound of police officers knocking on her door a little over a year before enrolling at Rasmussen College.

They proceeded to give her the news that every parent dreads hearing: Her son had been involved in a rollover car accident, and the outlook wasn’t good.

Hummel was fortunate her prior experience as a certified nursing assistant (CNA) had her at least somewhat prepared for the rush of medical decisions coming her way. One of those decisions was whether or not to surgically remove a piece of her son’s skull to relieve the pressure on his swollen brain. Hummel says the decision put her in an incredibly tough spot.

“There wasn’t any guarantee that he’d be alright,” Hummel says. “[The decision] was between him potentially having brain damage and living or dying right there.”

The operation was successful. Her son lived, but he did come away from the incident with brain damage. His road to recovery has been long, but the medical knowledge Hummel gained as a CNA and medical assisting student have been invaluable during the five years of recovery since the accident. Hummel says that although caring for her son can be taxing, she has seen progress.

“He’s slowly getting back to his old self again,” Hummel says. “He’s helping out doing charity work for ministries around here. He still has some issues with the brain damage but it’s getting better.”

Not only does Hummel have her hands full with assisting in her son’s recovery, she also moved back to her grandparents’ farm to help care for them as their health deteriorates.
“There were days I came to the student advisor crying thinking I wouldn’t be able to go on with school another week,” Hummel says. “But she would always cheer me up and keep me going. She really was like a personal cheerleader.”

Hummel’s grandfather, who she says raised her as a child, passed away during her final quarter at Rasmussen College. Seeing her grandfather slowly slip away was particularly tough for Hummel.

“He was such a strong man—he served in the Navy and in the Korean War,” Hummel says. “So it was sad to see his health deteriorate.”

These major challenges had Hummel on the brink of giving up on her degree, but the support from the Rasmussen College staff and her personal desire to continue her education helped her pull through.

The support to help herself

The amount of time Hummel devoted to her family actually played a major role in her decision to enroll at Rasmussen College—for Hummel, it was time for her to do something for herself.

“I was just sitting around not doing anything besides taking care of my family and the farm,” Hummel says. “I just wanted to make something more out of my life.”

Hummel, who grew up thinking she’d like to someday work in the medical field, set out to earn her associate degree in medical assisting. With her degree she’d be able to move out of the retirement home CNA role she had held since 2002. Hummel says the work there eventually become too taxing, both physically and mentally.

Medical assisting provided Hummel a route for career advancement, but she still had the challenge of earning her degree while balancing her life responsibilities. At times, trying to find that balance could be overwhelming, but Hummel says the support of the staff at Rasmussen College helped her immensely, whether it was issues with academics or at home.

“There were days I came to the student advisor crying thinking I wouldn’t be able to go on with school another week,” Hummel says. “But she would always cheer me up and keep me going. She really was like a personal cheerleader.”

Hummel says the key to her success was being willing to open up to instructors and not being afraid to ask for help. By not letting any issues she had build up and overwhelm her, she was able to keep herself ahead of the curve and graduate with her associate degree in 2013.

“Everyone there was wonderful and if you just open up to them they’ll help you with whatever you’ve got going on,” Hummel says.

Now that Hummel has earned her degree, she has begun working at the Brandon Kidney Clinic in Brandon, Fla. Hummel, while still only a little over a month on the job, says she loves her new position especially when compared to her time as a CNA.

“Working at the nursing home got depressing since so many of the patients were either in bad health or dealing with dementia,” Hummel says. “I really like that there’s more variety in the patients I see here and my coworkers here are awesome.”

Hummel has plans to someday go back to school and become an R.N., but for now she wants to focus on building experience and continuing to care for her family. Though it may have taken some time for her to earn her degree, the value of an education seems to have been cemented in Hummel’s mind.

“Nobody can ever take this away from me,” Hummel says. “I worked hard for this [education], and I mean hard, so it’s good to know I’ll always have it.”

Think you can do it?

A degree in medical assisting provides an excellent first step into the exciting medical field. If you’ve thought about getting your degree but were unsure of how you’d fare in school, remember that the Rasmussen College Support+ team is here to help you every step of the way. With their help and your hard work, you too can achieve goals you never would have imagined possible. 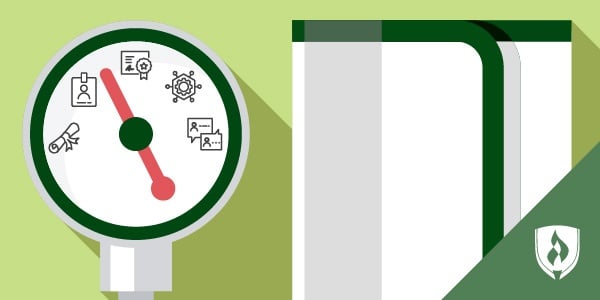 How to Become a Medical Assistant: The Steps You Can't Ignore 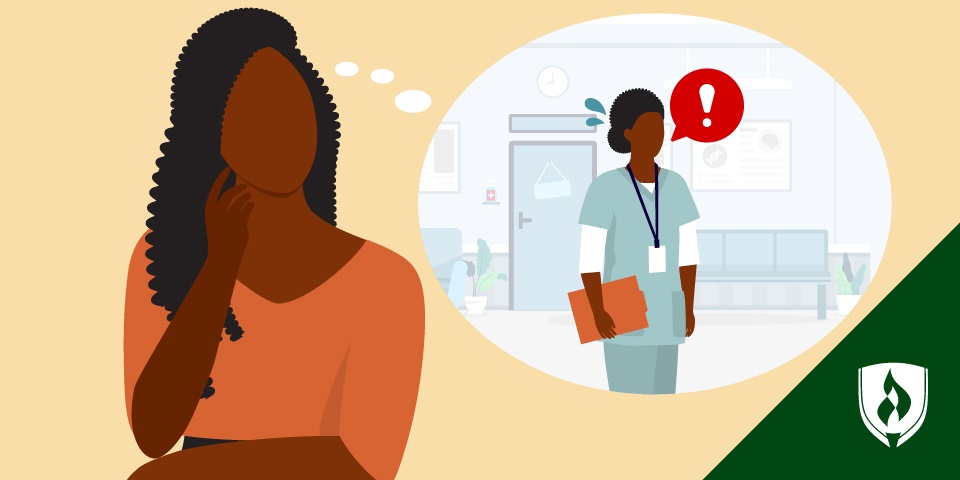 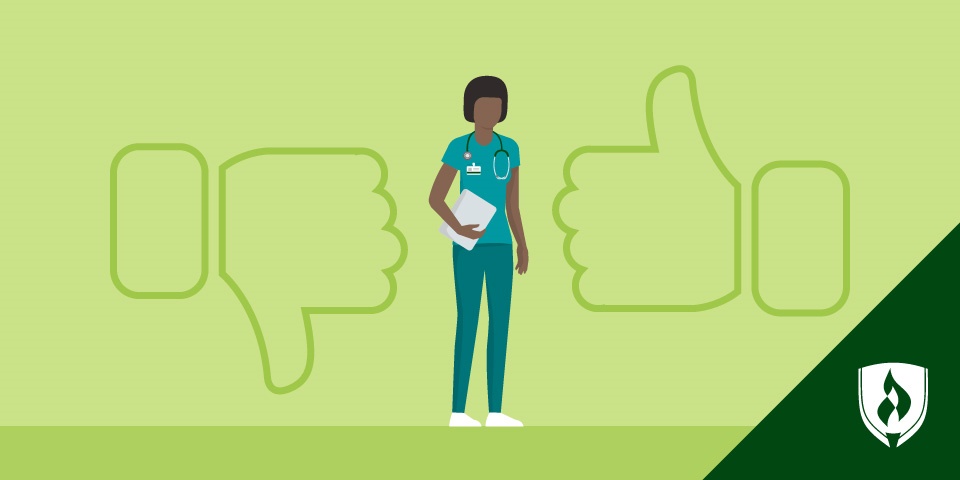 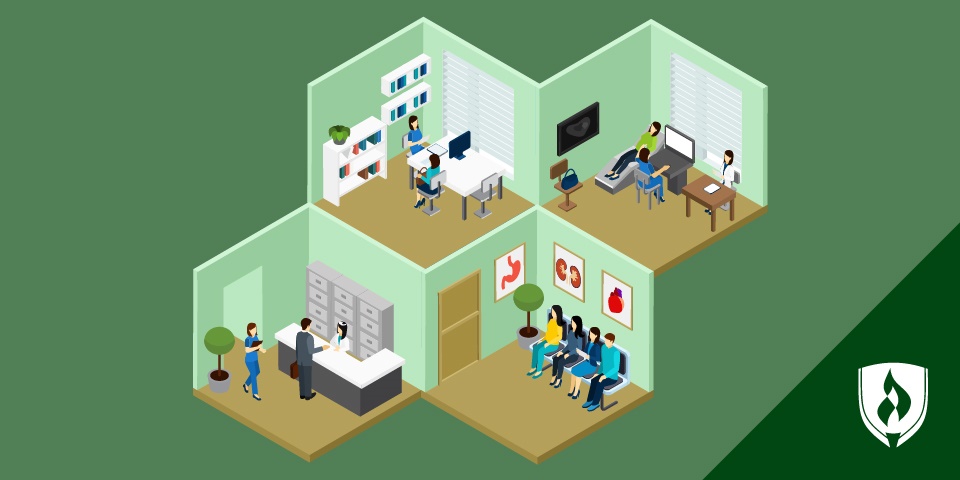