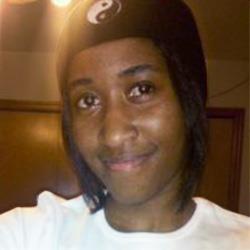 A quick look at gaming industry websites will offer scores    of gamers vocalizing their displeasure about the minutia    of the games they love—but how many of those amateur critics have tried their hand at making their own games?

Florida game and simulation programming graduate Rebecca Long has done just that. While she hasn’t created the next blockbuster game like “Call of Duty” or “Candy Crush” just yet—her education from Rasmussen College provided her the skills necessary to pursue her dream of becoming a game developer, while also giving her the ability to succeed in other technical fields.

Long grew up with a passion for gaming and spent countless hours at the controls of her favorite characters. Needless to say, a lifetime of gaming from the NES onward has caused her interest in video games to run deep.

“It’s pretty much in my blood,” Long says.

Long began to wonder if she had what it would take to create her own games after years of saving princesses, solving puzzles and foiling the plans of dastardly villains created by others.

But to pursue a career in the gaming industry that so fascinated her while growing up, she knew she needed a formal education that focused on the field. Long was already off to a great start having earned a bachelor’s degree in computer information systems from Florida A&M in 2004. Her technical knowledge was enough to land her a job at a local community college where she managed a database of student records. The job provided her some financial stability, but it didn’t quite satisfy her game development desires.

The nearby location coupled with a much lower price than the other schools she considered made Rasmussen College a clear choice for Long. She enrolled in 2008.

Long didn’t wait for graduation to get started on creating games of her own. She founded her own game development business, Exodus Studios and produced her first commercial game while in school. Long says the do-it-yourself endeavor gave her a newfound appreciation of all the work that goes into creating a videogame.

“I was wearing different hats throughout the process and I learned a lot about what each person in a development company does,” Long says. “It was stressful at times but I stuck with it and it really gave me a new respect for developers.”

Long says this hands-on learning experience paired nicely with her coursework, as she was able to apply what she learned in the classroom to the development of her own game. While learning the programming languages necessary to create a game may seem intimidating to the uninitiated, Long says the seemingly steep learning curve shouldn’t stop anyone from trying.

“The biggest thing you need [as a programmer] is dedication—yes it helps if you have innate skills, but really anyone can learn how to program,” Long says. “It can be daunting at first but just like with anything else, practice makes perfect.”

Long has had plenty of practice—she says she first began experimenting with programming languages like BASIC in the ‘90s and has continued to refine her skills ever since. The learning curve that comes with programming is actually part of what makes it appealing, according to Long.

“I like the challenge it brings—I really like to push myself,” Long says. “Seeing the reward of making something out of nothing is just amazing to me.”

One of the biggest challenges that comes with working in any tech field is keeping up to date with the ever-changing trends throughout the industry. Long was able to get a firsthand look at some of the latest trends in the gaming industry when she and a couple of her classmates attended a game developers conference in 2009. The chance to mingle with industry professionals and seeing the work of others was a highlight for Long and her classmates.

“It was really awesome to see what was out there … it was a big eye-opener,” Long says.

Long’s programming experience and passion for game development made her a standout in the classroom, and she earned her game and simulation programming bachelor’s degree in 2010.

After graduating she was invited by her instructor, Bill Sattelmeyer, to provide input on content for the program. Her firsthand experience as a student and developer allowed her to provide valuable insight to the curriculum designers looking to refine a program still in its infancy. Long says the invitation came as a surprise, but she welcomed the opportunity to provide feedback.

“It was a big honor.” Long says. “I never thought in a million years he’d ask me to help. I saw it as a way to use my expertise to give back to the program and other students who’re interested in game development.”

Long currently works as a web developer for InfoTech in Gainesville, Florida. While her job isn’t a direct match for the game development skills she possesses, it does provide her a stable job in a related field while she continues to pursue her dream. Long plans to continue creating her own games, and with the prominence of digital distribution platforms like Steam and widespread availability of mobile apps, the chances of her work getting in front of the right person or even just catching fire on its own are as good as ever.

Is gaming in your blood? Have you always wanted to try your hand at making a better version of the games you grew up playing?  Learn how a game and simulation programming degree from Rasmussen College can give you all you need to know—from creating artificial intelligence to engineering virtual worlds—to build your very own videogame.