4 Male Nurses Who are Shattering the Stereotype

These days, it seems that age-old stereotypes are being shattered by the day. Feats once thought impossible, improper or unrealistic are becoming the new norm, especially in the professional world. It's no longer uncommon to see women distinguish themselves as cops, firefighters and soldiers and it's becoming just as commonplace to see men making waves in the nursing industry.

After working for years in a short-lived position, you’ve likely done the required soul searching to discover not only what your personal interests and strengths are, but also what you’ll need to do to put dinner on the table for your future family.

Although the shift in societal roles is very evident, it can still be intimidating to tackle gender stereotypes head-on. The truth is the stereotypes we believe exist in the workplace may not actually exist anymore, but men still make up less than 10 percent of nurses.

We all need some inspiration to make that final push, so take a look at some motivating insight from four men who hold various nursing credentials and have braved the female-dominated industry, effectively dissolving the harrowing male nurse stereotype. 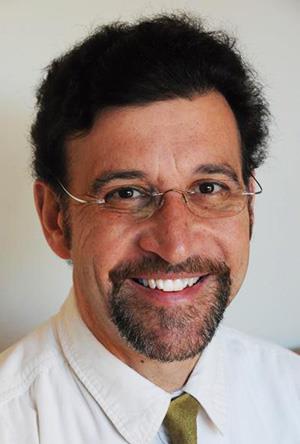 Many believe that although women have made great strides in male-dominated fields, men face more criticism for stepping into female-dominated careers. Keith Carlson’s experiences reflect some of those hardships, but also display success in the industry through compassionate hard work.

Nursing since 1996, Carlson spent his clinical career focusing on many different areas—namely hospice, public health, and ambulatory care. He recalls unintentionally offensive questions from others, such as, “You’re too smart to be a nurse. Why aren’t you a doctor?”

Carlson says that although some feel that male nurses are just too lazy to go to medical school, he has specific reasons for picking this career. “I chose nursing due to its emphasis on the art of caring and compassion coupled with the hard science of nursing,” he says.

These days, Carlson can be heard sharing his insight and personal experiences with nursing on the radio show he co-hosts, RN.FM. 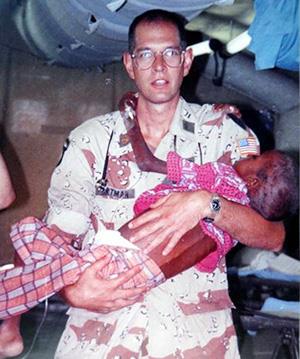 Bill Hartman has over 30 years of nursing under his belt, 27 of which he dedicated to the U.S. Army as a member of the Army Nurse Corps. There, he was instrumental in the development of a web-based medical personnel training course. He was also part of a team deployed to Iraq during Desert Storm whose success played a crucial role in concepts of today’s combat medical care. He has specialized mainly in trauma and emergency nursing.

Becoming a nurse instead of a doctor was a no brainer for Hartman. “I was much more comfortable at the bedside carrying out physician’s orders and having the time to add the extra, and frequently needed, TLC,” he says.

Hartman’s career successes have earned him awards and honors, including being selected to evaluate the Czech Republic nursing education system, by the Czech Republic Health Ministry. His most recent ‘tour of duty’ is serving as the Dean of the School of Nursing for Rasmussen College in Green Bay. 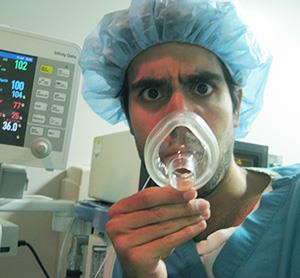 The building blocks of Nick Angelis’ nursing career include work as both a travel nurse and an agency nurse. He recalls walking into a new unit of mostly female nurses and meeting immediate scrutiny. “It’s much more complex than the hilarious stereotypes from the movie Meet the Parents,” he says.

He chose to have fun with it. “My coworkers would want to know if I was a macho male RN, the type likely to wear scrubs without a t-shirt,” he says.

Angelis emphasizes that male nurses aren’t just good for heavy lifting and charming female patients, but that, as with any nurse, the key is a proper balance between compassion, knowledge, practicality, and physical stamina—those 12 hour shifts don’t work themselves!

He adds that being a rare commodity often serves as an advantage, much like with female engineers. Angelis currently works as a nurse anesthetist and is the author of many fiction and nonfiction books about healthcare. 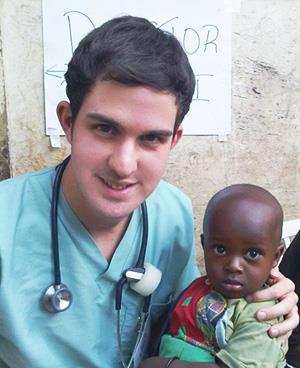 Although clearly outnumbered by women in the field of nursing, studies show that male nurses have higher salaries on average. No matter what direction the discrimination is facing, Robbie Freeman says that a nurse’s success should be determined by his or her nursing ability and compassion on the job.

One common stereotype facing male nurses is that they are only valued for their physical abilities. Freeman disagrees. He views that stereotype as disparaging towards the female nurses he works with, who he sees as just as physically capable as the men.

Working as a medical-surgical nurse at a hospital in New York City, Freeman says that men in the nursing field only add to the diversity of their workforce. “I think the term ‘male nurse’ creates an unnecessary segregation.” Freeman adds that his aim is to dedicate himself fully to caring for his patients, assuring that they receive excellent care regardless of the gender of the attending nurse.

So, do you think you’re ready to be a nurse? Add your voice, experience and potential success to the approximately 294,063 men who are pursuing that passion every day, actively shattering the male nurse stereotype.

Take the final step of your searching process by heading over to the School of Nursing, where you’ll find all the information you need to start your journey to a nursing degree.