Setting Our Direction on the Right Path 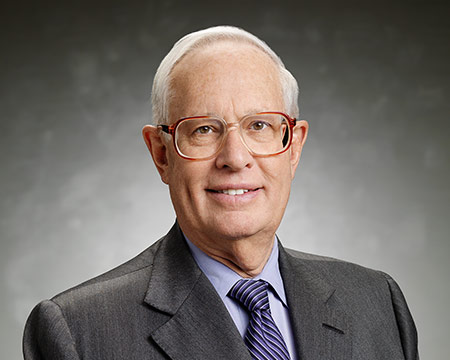 Henry S. Bienen is the President Emeritus of Northwestern University. He was elected the 15th president in June 1994 and retired in August 2009.

Dr. Bienen is the Chairman of the Board of Directors for Rasmussen University, as well as on their Academic Advisory Council, and has served on the Rasmussen FAH Board. He is also Chairman of the Board for the Crown Center on Middle East Studies at Brandeis University. Dr. Bienen serves as a member of the Board of Directors for GCM Grosvenor, the Lucas Museum of Narrative Art, and Ryan Specialty Group, where he also serves on their Audit Committee.

Formerly, Dr. Bienen was a member of the Board of Directors for the Council on Foreign Relations, and also served on the Chicago Board of Education during Mayor Rahm Emanuel’s first term. He previously served as President of the Poetry Foundation.

Prior to becoming Northwestern’s president, Dr. Bienen was the James S. McDonnell Distinguished University Professor and Dean of the Woodrow Wilson School of Public and International Affairs at Princeton University. 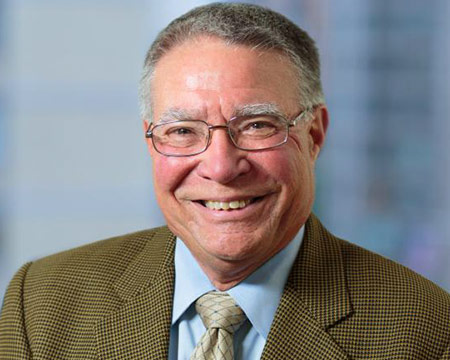 Dr. Ender has served higher education continuously as a faculty member and/or administrator since 1972. His roles have included Director, Dean, Associate Vice President, Vice President and President. He served as President of Cumberland County College (NJ) from 1998-2009, and as President of William Rainey Harper (IL) from 2009-2019.

In Dr. Ender’s current role at NC State, he teaches graduate-level courses in the community college leadership doctoral program, chairs doctoral committees and advises doctoral students. In 2015, he was selected by the NC State Graduate School of Education program to deliver the annual Dallas Herring Lecture.

Over the course of his career, Dr. Ender has published, consulted and delivered conference presentations continuously. In 2021, he was awarded the Leadership Award for Outstanding Contributions to the field by the American Association of Community Colleges. In 2016, while Dr. Ender was serving as its President, William Rainey Harper College was awarded the Leah Austin Meyer Award by the Achieving the Dream College network. The award is given to colleges who demonstrate considerable improvement in improving graduation rates and reducing success gaps among various student communities.

In addition to his current teaching role, Dr. Ender mentors Aspen Aspiring Presidents Fellows and coaches Presidents in the Achieving the Dream network, as well as holding several board appointments.

Dr. Ender resides in Richmond, Virginia, with his wife, Cathy, his grandson Shaun and the family dog, Sissy. 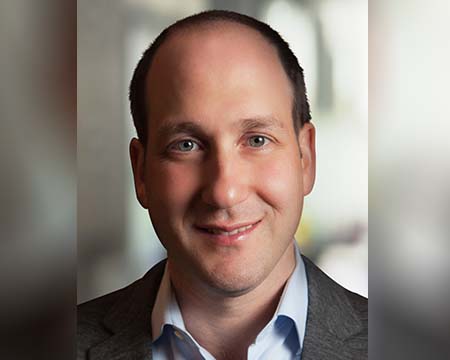 Mr. Pianko is co-founder and managing director at University Ventures (UV). With over a decade of experience in education, Mr. Pianko has built a reputation as a trusted education adviser and innovator in student finance, medical education and postsecondary education. Mr. Pianko began his career in investment banking at Goldman Sachs. Since then, he has invested in, founded, advised or managed a number of education-related businesses. He established a student loan fund, served as chief of staff for the public/private investments in the Philadelphia School District and worked as a hedge fund analyst. He serves on a number of boards, including the Boards of Trustees of Harlem Village Academies and of American Public Education, Inc. 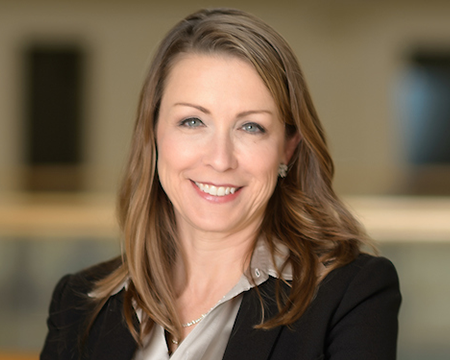 Angela Selden was appointed Chief Executive Officer of American Public Education in September 2019. Ms. Selden brings more than 30 years of experience in technology and technology-enabled services, both within private-equity and publicly traded environments, and has deep experience executing business transformation initiatives for Fortune 500 clients. She was previously CEO and board member of DIGARC, a leading education technology provider to higher education institutions. Previous roles include CEO of Workforce Insight, a global, strategic workforce consulting, analytics and services company serving Fortune 100 clients; CEO and Executive Co-Chairman of Arise Virtual Solutions, a virtual workforce solutions outsourcer; and interim CEO of Skybridge Americas, a global contact center and provider of fulfillment solutions. Ms. Selden serves on the University of St. Thomas, Opus College of Business Strategic Board of Governors and was honored as the University’s Entrepreneur of the Year for 2012. Ms. Selden currently serves as Chairman of DinerIQ and as a board member of TalentWave. Earlier in her career, Ms. Selden spent 18 years at Accenture, including serving as the Managing Partner, leading the North American Consumer and Industrial Products group to significant growth. 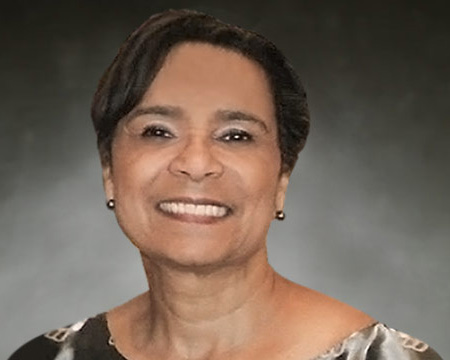 Ms. Thomas Parrott is a retired Senior Vice President of External Relations and Global Responsibility of DeVry Education Group (Adtalem), where she was responsible for corporate and education compliance, internal audit, government and public relations, and higher education accreditation and licensing. She also served as the founding President of the DeVry Charitable Foundation and the DeVry Scholarship Fund. Previously, Ms. Thomas Parrott worked as a Program and Training Officer at the U. S. Department of Education and held faculty and administrative positions at several Illinois colleges and universities. She began her career as a Chicago Public School teacher and has served on numerous boards and commissions for the State of Illinois, One Goal, The College Board and America’s Promise Alliance. 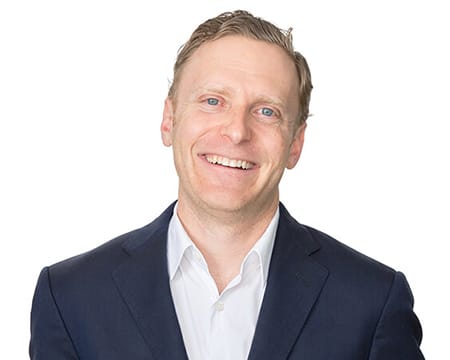 Mr. Yale is one of the senior members of Tusk Ventures/Strategies where he oversees regulatory affairs. Previously, he was the senior vice president of global communications and public affairs at Laureate Education, Inc. Before joining Laureate, Matthew served as deputy chief of staff for U.S. Secretary of Education Arne Duncan. In this capacity, he was a senior advisor to the Secretary on policy and strategic planning and was the Department lead on a number of critical inter-agency initiatives, such as the H1N1 flu response. Before joining the Obama Administration, Matthew worked at Ariel Investments where he directed the firm’s civic, governmental and political affairs.

Dr. Debra Albert is the Chief Nursing Officer and Sr. Vice President of Patient Care Services at NYU Langone Health, where she oversees approximately 8,000 nurses across the organization. Dr. Albert graduated from the revered Johnson & Johnson Wharton Fellows Program in 2010 and began her career at the prestigious Cleveland Clinic Health System. As Chief Nursing Officer of the Cleveland Clinic Main Campus, Dr. Albert elevated the nursing-related patient experience and led a $4.7 million capital-improvement campaign. She also served as CNO at the University of Chicago Medicine where she led the team to Magnet designation, the highest recognition of nursing excellence, and was the operational leader in the opening of a new Level 1 trauma center.

The purpose of Hunter Global Education is to use Dr. Carroll’s 15+ years of experience in China and Vietnam to bridge educational gaps between American and Asian educational institutions and businesses. As the 10th president of Benedictine University from July 1995 to August 2015, he helped the university become one of the fastest-growing not-for-profit, Doctorate-granting institutions. Dr. Carroll is an active leader in the community, serves on many boards and has received numerous awards for his leadership in higher education.

Dr. Clawson has 20 years of experience leading higher education reform for traditional and for-profit universities as well as broad experience across philanthropic and national reform initiatives. Clawson is National Director of the Student Success Center Network for Jobs for the Future’s Postsecondary State Policy team. Prior to that, she was Senior Program Officer with the Bill & Melinda Gates Foundation. She began her career at Arizona State and the University of Minnesota overseeing educational technology initiatives and grants.

Dr. Savitri Dixon-Saxon has dedicated her 30-year career to promoting higher education access and opportunity as a vehicle for changing lives and communities. A former Vice Provost, Dr. Dixon-Saxon has provided extensive service to her university communities, chairing, or serving as the executive sponsor for initiatives related to leadership development, diversity and inclusion, student success, and social change. In 2013, the Diversity Journal named her a Women Worth Watching Award Winner. A trained counselor educator, Dr. Dixon-Saxon is a licensed clinical mental health counselor in the state of North Carolina and recently co-authored Lifespan Development: Cultural and Contextual Application for the Helping Professions. She continues to serve her community through leadership activities and speaking engagements in local and national venues.

Rasmussen College, LLC, d.b.a. Rasmussen University is a wholly-owned subsidiary of American Public Education, Inc., (APEI), a Delaware Corporation. APEI is a publicly-traded corporation, the common stock of which is listed on NASDAQ. APEI is located at 111 W. Congress Street, Charles Town, WV 25414.