“I finally, in my forties, know what I want to be when I grow up,” Zywicki states.

Angela Zywicki passed the General Education Development [GED] exam in her teens; in her 20s she tried nursing; in her 30s she earned her Associate’s degree in Software Development; and now, in her 40s, she’ll earn her Bachelor’s degree. 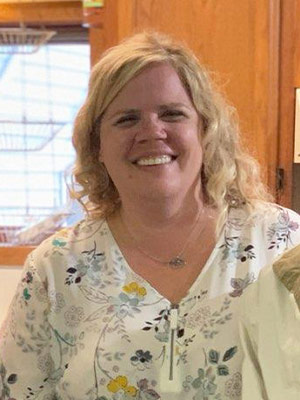 Although it took her a while to figure out her career path, her drive and support for her education pursuit stems from her family. Her educational journey started on her daughter’s first birthday—it was the moment Zywicki decided to go back to school.

“I remember thinking, ‘how will I be able to make my daughter finish high school, if I never finished high school,’” Zywicki states.

While studying for her GED, Zywicki began considering a career as a nurse. Zywicki decided to begin schooling to become a registered nurse. However, she soon decided that nursing might not be her calling. She wanted a career that fell more within the traditional nine-to-five work week hours.

Although nursing wasn’t her calling, her time as a nursing assistant was beneficial to her current career path. At the time, the hospital she was working for was going live with their first electronic medical records, also known as online charting, which was when she began playing with the idea of becoming a computer programmer. Zywicki thought that with her experience in hospitals she could pursue a tech role in a healthcare setting. She decided to return to school again, and this time earned an Associate’s degree in Software Development.

After receiving her Associate’s degree, she began working in an IT department. During the quarterly team meetings, the Chief Information Officer would discuss the importance of security. He would reinforce how the team needed to continue protecting sensitive patient data.

“It sparked something in me,” Zywicki states. “I started looking for a school that offered a focused degree in cyber security. And that’s how I found Rasmussen.”

A friend of Zywicki’s attended Rasmussen College and spoke highly of the flexible hours, the program and the commute time. So, when Zywicki began her search for institutions that had the specific program she was looking for, she decided to look into Rasmussen College.

First, Zywicki began talking with an admissions advisor about the Cyber Security Bachelor’s degree program. She was looking for a program she could advance through at her own pace with added flexibility.

“The more I looked into it, the more the online program through Rasmussen became the way to go,” Zywicki states.

Zywicki explains that with the program being fully online she has never stepped foot in a Rasmussen College campus, but that she communicates with students, faculty and staff from across the country on a daily basis. Her advisor is based in Florida, she has had instructors on the East and West Coasts, in the heartland of Minnesota and even one instructor living in Europe. The online program has allowed Zywicki the flexibility she needed to fit school into her busy life.

Instructors of Zywicki’s have a catchphrase for students like her who complete their coursework during specific days of the weekend. “I am a ‘weekend warrior,’” Zywicki states, “I probably should have a cape!”

Zywicki’s weekends are dedicated to classwork because her other days are filled with obligations—she is a wife, mother of two, and works full time as a security analyst.

Zywicki mentions her husband’s support while she has been enrolled in Rasmussen’s online program. She explains that as busy as she is now, he has been able to take things off her plate making her return to school possible. Zywicki’s family is at the center of many of her stories—as her inspiration to go back, her support while pursuing her education and her determination to walk across the graduation stage.

In one such instance, Zywicki requested permission from the Rasmussen College Wausau campus to walk in their graduation ceremony, ten weeks prior to her completing her program. Her reasoning was centered on her love for her grandparents.

Her grandparents, who raised her, were getting older and although they were in good health, each day they have together Zywicki views as a blessing and didn’t want to take the risk of waiting over six months for the next graduation ceremony to take place.

“I really wanted them to be a part of this accomplishment,” Zywicki states.

Zywicki talked with the Academic Dean at the campus and was granted permission to walk in the September 2019 ceremony. Her proud family was in full attendance for her graduation.

She mentioned she was nervous that day, and also very aware that she wasn’t yet done with her program. However, she expresses how monumental of a moment it was to walk across the stage.

“When I started walking and heard my name and statement, Rasmussen allows you to put together a little statement to be read as you walk across the stage, and it hit me like a wrecking ball of the complete magnitude of what I was accomplishing,” Zywicki says.

She explains that the graduation was on a Sunday and the following Monday she started her next two courses. But there was a moment for her to reflect on all that she had achieved. Her family is very proud of her and she is also proud of herself for what she is accomplishing. 2020 is shaping up to be a big year for the Zywicki’s as Angela officially starts her career and she will be moving on to another chapter in her life as she and her husband become empty nesters!

Zywicki graduated in December 2019 with her Bachelor of Science degree in Cyber Security.