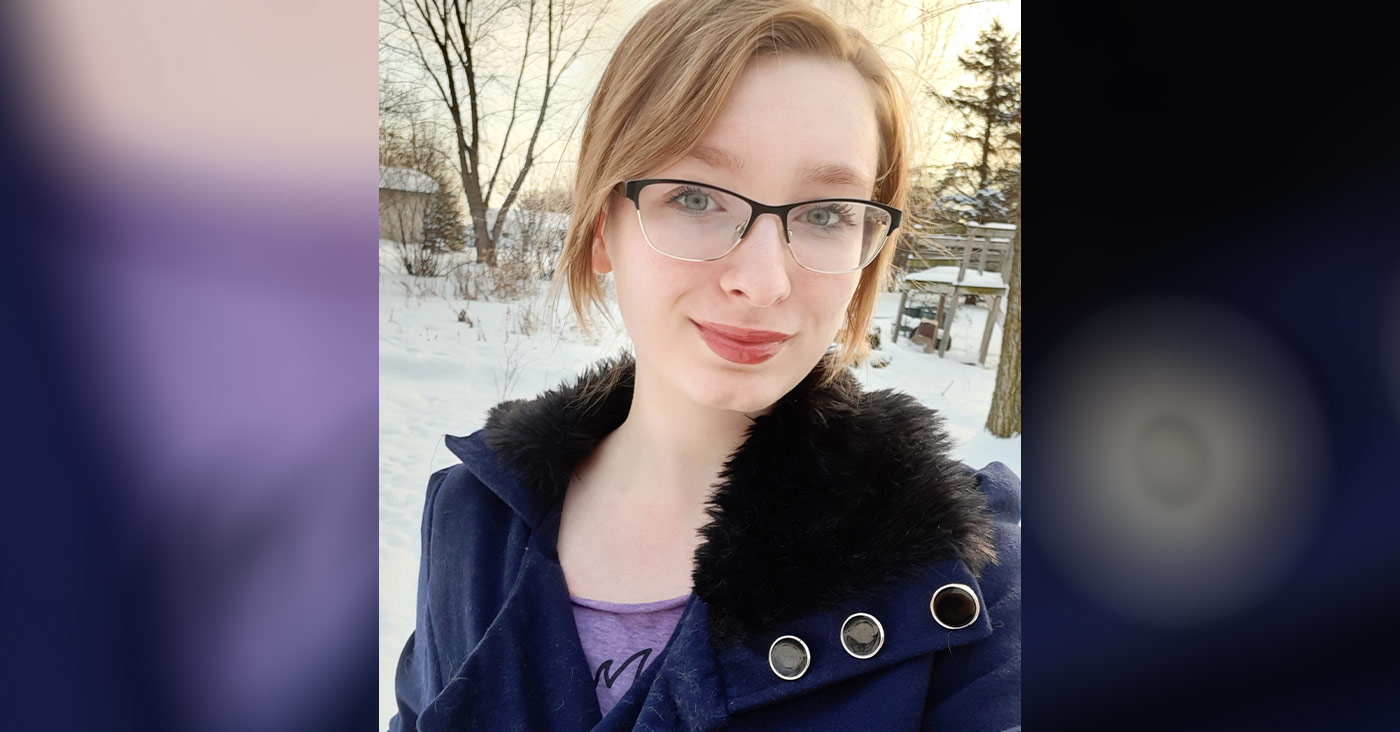 Figuring out what career path to pursue can be a difficult decision, but for Cheyenne Peavey, the decision was very close to her heart.

When Cheyenne was a senior in high school, she had big dreams of where she wanted to go in life and who she wanted to become. While she had always been fascinated with crime shows that touched on forensics, she knew she didn’t want to pursue a degree in criminal justice. Through a career search assignment for a high school class, Cheyenne came across the role of a medical laboratory technician. “I realized it was basically forensic science but all medical!” she says. Having a strong interest in the medical field, she had always been curious about various diseases and how doctors determine one diagnosis versus another. Discovering this profession for the first time, Cheyenne began researching to see what courses she would need to take and what topics she should become familiar with to prepare for college. 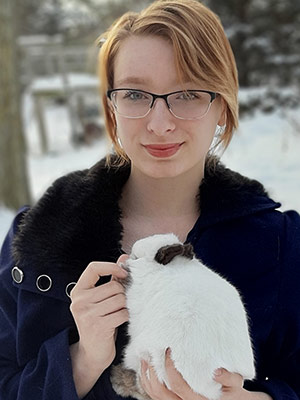 So Cheyenne jumped headfirst into anatomy and physiology and started studying medical terminology through her certified nursing assistant (CNA) class to gain more knowledge in the field.

As Cheyenne was preparing herself for a bright future, life threw her a curveball. In late January of 2018, Cheyenne’s mother was diagnosed with Stage 4 Colorectal Cancer and told there was not much the doctors could do for her. “It was shocking and caught us off guard. My mom had struggled with her weight for years, but she never thought it was due to cancer,” she says. “I couldn’t believe this was happening. How did it get this far without any of us even noticing?”

Upon further research of her desired career path, Cheyenne had a big realization. “I noticed that laboratory technicians weren’t just testing Albumin levels and taking urine samples but rather they also did marker testing for cancer,” she recalls. “This only made me want to get into the field more, because if I had a chance to make a difference in another patient’s outcome by correctly doing marker tests so they wouldn’t have to go through what my mom did, then I was going to do just that.”

A few months later on March 9, 2018, Cheyenne was hit with some heavy news. Her mother had passed away that very morning while Cheyenne was at school.

Despite the incredibly hard turn of events, Cheyenne finished her senior year of high school and poured her energy into searching for colleges near her home. This research eventually led her to enroll in the Medical Laboratory Technician Associate's degree program at the Rasmussen College Lake Elmo/Woodbury, Minnesota campus. “I chose Rasmussen because out of all the schools I looked into, it really kept my schedule flexible.”

It wasn’t until her high school graduation party that Cheyenne noticed something seemed off. “I was tired more than usual, I had random bruising without an injury, and I was experiencing hot flashes and joint pain. At first people told me it was most likely stress-related,” she shares. She had already completed the enrollment process when the lump on her neck appeared. At this point, Cheyenne decided to see a doctor for some medical tests. “Mono, Lupus, or some other autoimmune disorders were more suspected, but I had a feeling it was some sort of cancer.” On July 30th, Cheyenne’s diagnosis was confirmed: she had Stage 3 Hodgkin’s Lymphoma. “I had a choice at this point, I could either tell Rasmussen that I wanted to delay my enrollment until further notice, or stick with the plan,” she says. "I decided cancer wasn't a reason to put my life aside. I needed to keep going on with my education and plans as if I knew I would defeat the cancer. I couldn't let the same thing that took my mother away stop me from becoming successful."

With her new diagnosis, Cheyenne was increasingly thankful for her flexible class schedule. “Going through chemo treatments while being in school is not easy,” she says. “I went to classes once a week on Tuesdays while every two weeks I would get chemo at the Monticello Cancer Center, and at nights I would work 15 hours a week to make sure I could pay my bills.” Between treatment and schoolwork, Cheyenne endured many obstacles. “It was hard some days. The fatigue, the chemo fog and shortness of breath made it difficult at times to remember what I was studying or to stay awake during class,” she recollects. “But instead of quitting when things looked like they were getting rough, I continued my education.”

"I couldn't let the same thing that took my mother away stop me from becoming successful."

In both high school and college, Cheyenne chose to keep her mother’s and her own diagnoses private in the beginning. “I wanted my classmates and teachers to look at me for who I was and who I wanted to become rather than as just a cancer patient,” she shares. However, this decision added additional hurdles for Cheyenne. “It was hard to explain to professors why sometimes things were late. It’s not because I am trying to ditch my responsibilities. I want to be here in class. I am just going through some stuff that makes it difficult for me,” she explains. About halfway through her first year of college, Cheyenne decided to mention her diagnosis. This decision came around the time that she began more on campus courses like Phlebotomy and Clinical Chemistry 1, which required her to be present to get credit. “In Phlebotomy, we drew blood and I wanted people to know that if I felt dizzy or faint it wasn’t because I was being stuck with a needle,” she shares. “In Hematology 1, we looked at blood samples under the microscope. I didn’t want people to be shocked when they looked at my blood smears and saw something different and then worried that something was wrong with me.”

When reflecting on her decision to share about her diagnosis, Cheyenne explains how supported she has felt throughout her education. "I am blessed to have such amazing faculty members at my campus who are really dedicated to understanding and helping students along their educational journey."

Maia Maiden, program coordinator and assistant professor for the School of Health Sciences, and Collette Henretty, senior advisor at the Woodbury campus, were just a few individuals Cheyenne notes as being tremendously helpful. “Sometimes I would have trouble connecting something that made a concept more digestible because of the chemo fog, so Maia would give me different study techniques and ways that I could remember things easier. Collette helped me so much with my schedule and answered any questions I had about going forward in my career and what I could expect.”

When asked about Cheyenne, Collette shares what a pleasure it has been to get to know her throughout the progression of her education. “I appreciate Cheyenne always being so persistent with her studies and making sure she is giving it her all each and every day. I am thrilled and excited to watch her grow even more in her program and look forward to her graduating as a medical laboratory technician in the near future.” 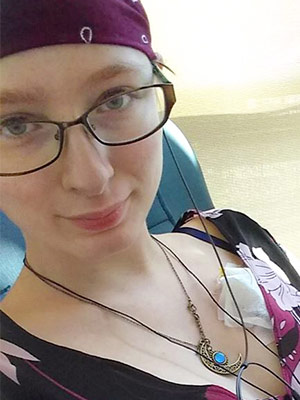 If all goes as expected, Cheyenne plans to graduate in December of 2020. “I hope that through my education I am not just able to perform the duties that are required of me as a laboratory technician but rather that I am able to do more and find new ways to help make things a bit easier and procedures go a little bit faster. I want to be able to do more than just what is required of me,” she explains. “Rasmussen really does a good job at preparing you for more than just what is required of you and shows you what you might run into on the job.”

Cheyenne has never once doubted her choice to pursue her Associate’s degree in the medical field, as she knows it will pay off in the end. “It’s not just a career choice that pays the bills. It’s a career choice I chose because I am passionate about it. I want to do this because I love it.”

When asked what advice Cheyenne has for others experiencing their own health battles, she says, "Just because you’re facing something that could be as small as a hurdle or as big as a mountain, you should never let a health issue get in the way of living your best life and doing something that makes you happy. Pursue that education. Go on that trip. Do what makes you happy despite the health challenges, because in the end you will look back on it and say that was well worth it."

If Cheyenne’s story has inspired you to pursue your dreams of a higher education, visit our website for a full list of the programs we have to offer. 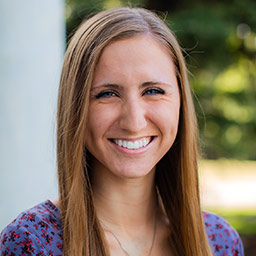