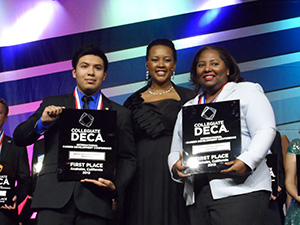 Collegiate DECA awarded Rasmussen College the “Diamond Award” on Sept. 8, 2014 in recognition of its growing DECA membership on its four Illinois campuses and strong community activity.

The Diamond Award is presented annually to one college or university per state. Collegiate DECA—which helps prepare business students to become emerging leaders and entrepreneurs—chose Rasmussen College from a list of nominees that included Northwestern University and University of Chicago. .

“It’s amazing to think we were chosen out of all the other colleges and universities in the state,” said Venus Fisher, state program coordinator for Rasmussen College Illinois campuses. “We received the award because of what we have been doing with our DECA members … how active they’ve been in the community and because of the success of our DECA members and the college’s contributions to DECA.”

For this particular award, Collegiate DECA monitors each college’s DECA programs and chooses a winner based on that information. According to Fisher, the success of DECA at the college all boils down to everything the college is doing with its DECA members, including volunteer and case study work and attending conferences. Rasmussen College is one of the smallest schools in the state and the school is able to have a hands on approach with their members.

The Diamond Award is only the latest recognition for the Rasmussen College DECA program. The college’s DECA chapter in Illinois won two team awards and several individual ones at a national ceremony in Washington, D.C., in April 2014.

“Every year our chapter has gotten awards, including student awards—and we’ve competed in categories against Ivy League schools and come back first place over and over again,” Fisher said. “It really helps to put DECA on the map for us, and it shows me we’re doing the right things. When I see our students win several times in multiple categories it lets us know that our approach works and it makes me proud of the students and their education.”

Not only is it bringing awareness about the program to other campuses at Rasmussen College, but the School of Business students involved in it are doing really well in the program.

“Academically, they are gaining so much more knowledge about business and taking it back to the classroom,” Fisher said. “It’s a true confidence builder for our students.

To learn more about the School of Business or how to get involved with DECA, reach out to your campus’ state program coordinator. 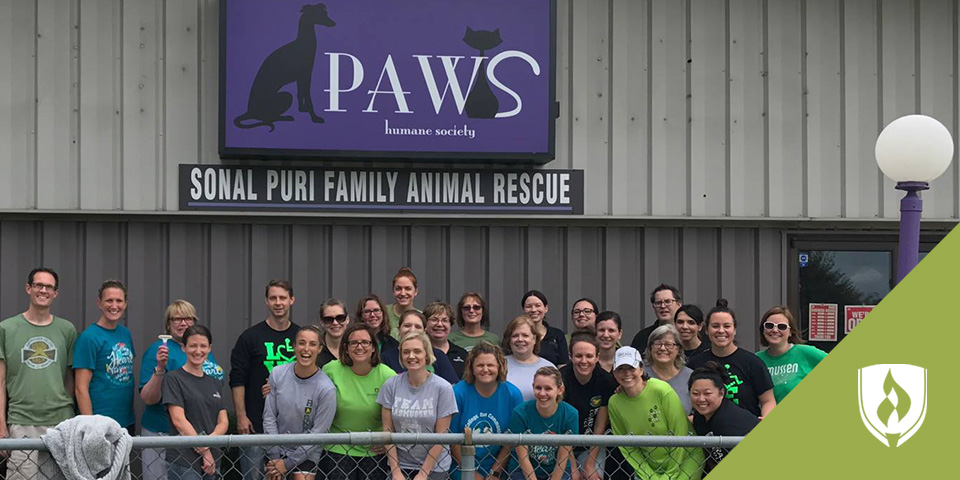 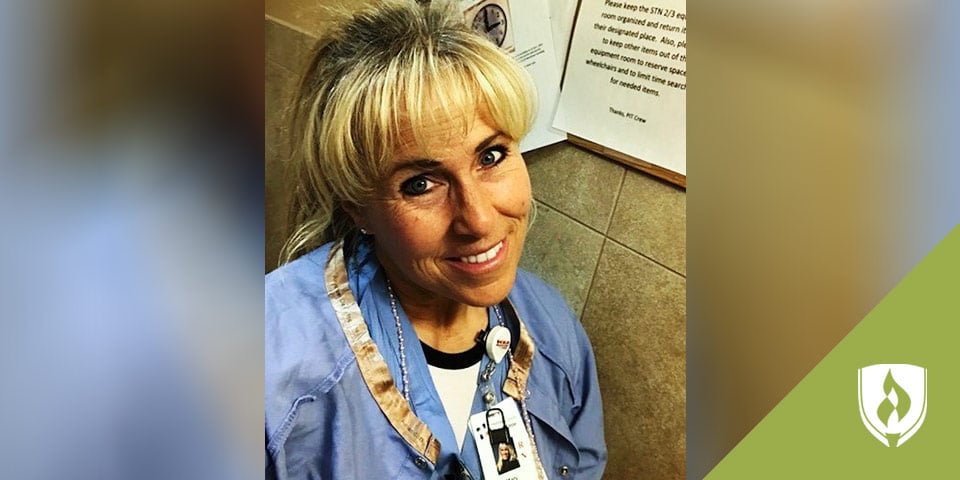 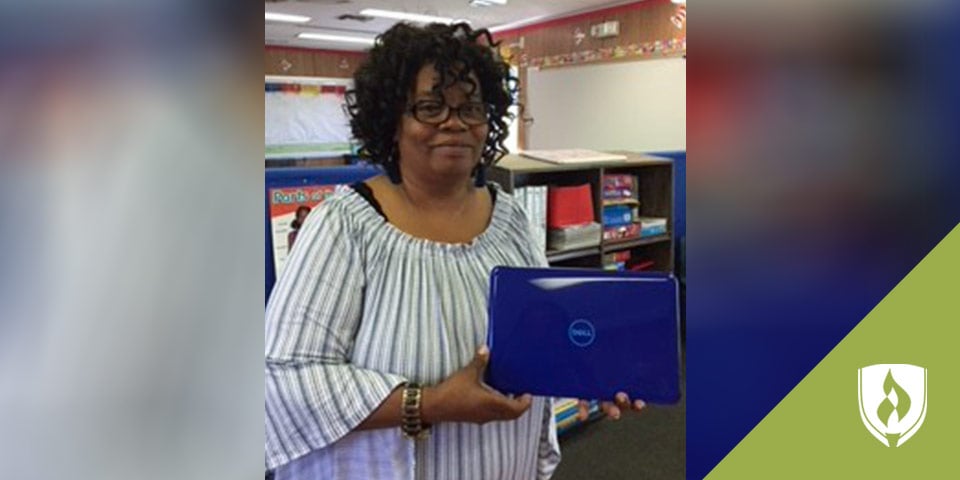