When Jude Nsom saw a computer for the first time at 21-years-old, he instantly found his calling. As a young man growing up in West Africa, Nsom did not have a computer at home and hadn’t even laid eyes on one until taking a job at a local school. When he learned there was a computer in the staff break room, he was thrilled. “During every break, I would go sit at the computer and try to learn as much about the machine as I could. I had an instructional book, and I was determined to learn everything I could about how to work with the computer,” Nsom said. 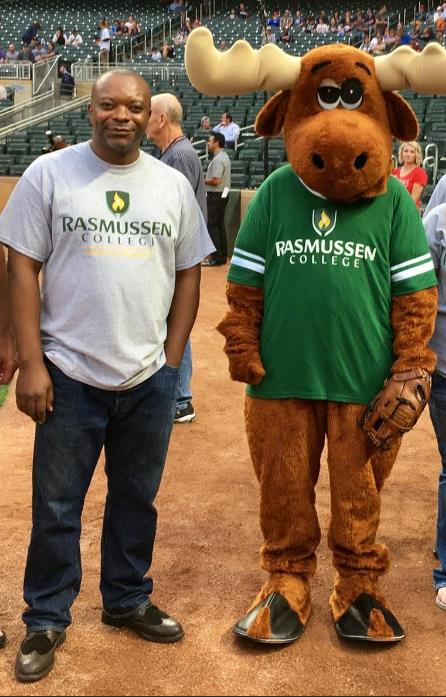 While living in Africa, Nsom couldn’t have imagined that one day he would be working toward degrees in both Information Security and Information Technology Management. He knew computers were powerful and that his passion for them would always propel him to learn more.

In the early 1990s, Nsom moved to Germany. The first thing he bought when he arrived was a computer he could call his own. Armed with determination, he taught himself programming languages and pursued certifications in them, enabling him to build his resume and, ultimately, get his foot in the door in the technology field.

After spending time in Germany, Nsom wanted access to more opportunities, so he moved to the United States in 1998. He brought his expansive knowledge of programming languages and a strong desire for a college degree. He began taking computer support technology classes at a community college but, due to complications, never received his degree.

When a friend first told him about Rasmussen College, Nsom was intrigued. “I got hold of a course catalog—Rasmussen was offering unique IT courses I had never seen offered before, and they really interested me.” After doing additional research, he knew he wanted to pursue the Information Security Bachelor’s degree program. The online program made it more convenient for Nsom to take classes while balancing his busy schedule. “I like the online structure because it gives me the opportunity to do a lot of research and reflection. I am able to interact with my peers through the online discussion forums and reach out for help if I run into any problems,” he said.

The road to his degree has not always been easy for Nsom. When he first started at Rasmussen College, complications with his visa did not allow him to work, and he nearly lost everything. Unable to afford rent, Nsom ended up living in a shelter, but all the while, he knew he wanted to continue school. “I didn’t have internet access, which, as you can imagine, makes taking online classes pretty hard,” he said. “I paid people five dollars in order to use their cell phone hotspot for internet access so I could log onto my classes and not fall behind.” While it was a difficult time for Nsom, he believes it was all part of his journey, and he never lost sight of his end goal. With the support of his family and his advisor, he has pushed through the odds. 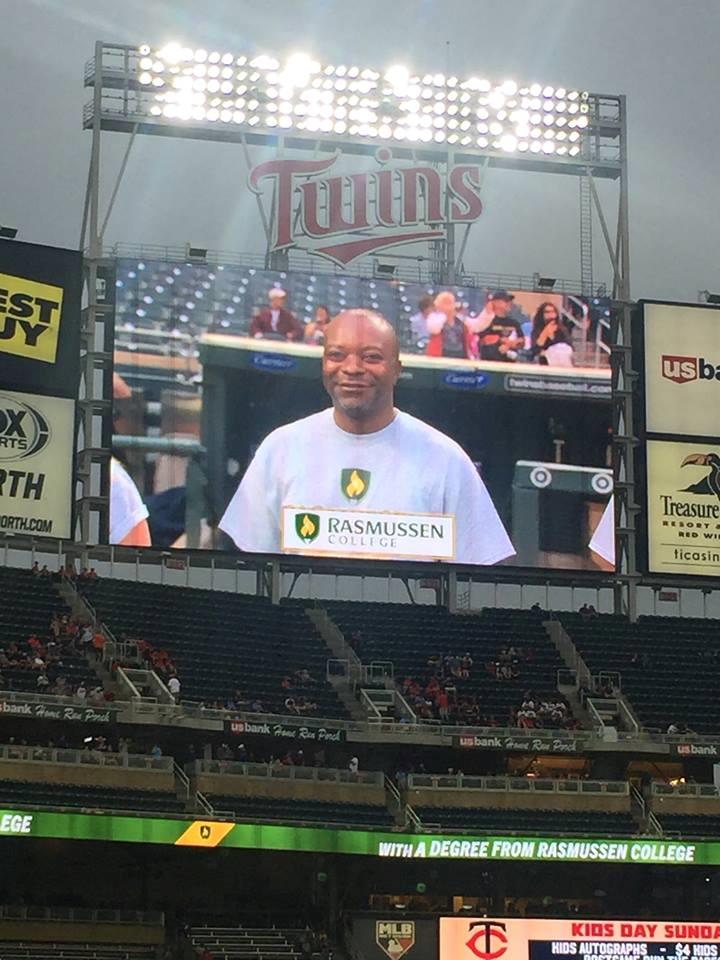 Inspired by all he was learning in his Information Security program, Nsom wanted even more. He started taking classes for the Information Technology Management Bachelor’s degree program through the Eagan campus as well. “Thinking of the degrees I will have gets me excited about the future, and it is promising of what’s to come.” He hopes to combine his love for computers with all he’s learned in school in his future career.

Through his hard work and dedication, Nsom made an impression on his teachers. In August 2017, he was recognized, along with four other students, as an outstanding student from the School of Technology at the Rasmussen College Education Night with the Minnesota Twins. Individuals were recognized for their commitment to innovation not only in their campus communities, but also as professionals in today’s digital economy. “The honor made it all feel real. It was such a big honor and gave me a lot of motivation to push through to graduation,” he said.

From a curious learner in West Africa to a full-time student in Minnesota, Nsom has dedicated his time to mastering computers, a true passion of his. He looks forward to all the possibilities a college degree may afford him in the future.

For more information about the Rasmussen College School of Technology, click here.