Hmong Woman Brings New Meaning to Being a First-Generation Student

For Pang Houa Vang-Yang, education is about more than a classroom—it’s about family. Since escaping from the Secret War in Laos, her parents sacrificed a lot so that she could pursue higher education.

These days, she goes by Autumn. She works at a charter school in St. Paul, Minnesota and is currently taking courses to complete her Bachelor’s degree in Business Management at Rasmussen College. If it weren’t for what happened to her family four decades ago, however, this might be a very different story.

A journey from inside the Secret War 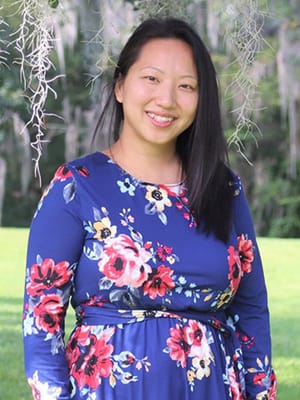 In 1979, Autumn’s family came to the United States. But like many fleeing the senseless desolation in Laos, their journey was dangerous and difficult. Caught in the middle of two military forces, Autumn's family had to first escape to Thailand.

Her father made the journey first. But before he could come back and show his family the way, one of Autumn’s brothers and her grandfather died. Her mother, remaining brother and grandmother had to evacuate their village without him. With little means of protection, they took drastic measures to stay alive.

“At night, they had to sometimes drug babies with opium because they didn't want them to make noises,” says Autumn.

Yet the threats to their safety were overwhelming, and Hmong casualties were inevitable.

By the time her family reunited in a Thailand refugee camp, Autumn’s grandmother had also died.

“My mother still remembers how young and alone she was. To this day, she thinks about going back to find the spot where she buried my grandma because she didn’t receive a proper burial.”

Stricken with grief, what remained of her family prepared to face a new world alone.

A new country with new challenges 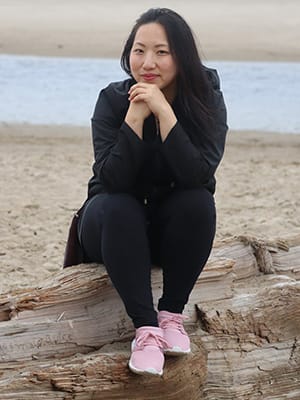 After being sponsored by a church, Autumn’s family was able to leave Thailand and landed in Lansing, Michigan. Shortly after that, in 1981, they moved to Minnesota. Though they had just endured the journey of a lifetime, acclimating to a new country in which they didn’t know the language was a battle they would fight for many years to come.

“My parents never had a proper education,” says Autumn.

This was one of the reasons why Autumn’s parents so strongly encouraged their children to attend college. Autumn recalls one moment in particular when her mother returned from work early, having been laid off.

“I remember she was talking about how, with no education, it was very tough. She was only making $3 an hour.”

Armed with this in mind, Autumn was determined to become a college graduate.

In the Hmong culture, family is a strong and binding force. So when Autumn married her husband, an eldest son, they took on the responsibility of caring for his family. This, combined with the birth of their first son, meant juggling more than most would expect of a 21-year-old.

During this time, Autumn also experienced what can only be described as an unimaginable tragedy. On a trip back to Laos, Autumn’s father drowned in an accident.

“It’s been this long, but I almost feel like my dad's only on vacation, and he's going to come back,” she says.

After his passing, Autumn knew she had to return to school.

“I always go back to my parents,” she says. “I have to do this for my dad and my mom. They sacrificed so much.”

So, over four decades after her parents escaped the war in Laos, Autumn enrolled in the Business Management program at Rasmussen College. She is set to graduate in less than a month and is dedicated to encouraging others to pursue their goals through education.

“I did it with six children and it was not easy,” she says, “and I encourage those still thinking about pursuing college but haven’t because of personal obligations to do it.”

With a particular passion for supporting Hmong women and girls in education, Autumn is a clear picture of what it means to be a first-generation college student. She is earning a degree—not just to better her opportunities in life—but to bring pride to her family and to light the way for future generations.

“No matter where you are in your life, if there is something you still want to do, instead of saying ‘I wish I could have done’ that, say ‘it’s never too late.’” Autumn says. “By the time you know it, you’ll look back and say what I said after looking back to my education journey: ‘I am so happy I took that first step because if I didn’t, the years would have passed by, and I would regretfully wish I could have done more with my life.’”

Graduates of Early Childhood Education programs at Rasmussen College are not eligible for licensure as a teacher in an elementary or secondary school. A Bachelor’s degree and a state teaching license are typically required to work as a teacher in a public school and some private school settings. States, municipalities, districts or individual schools may have more stringent licensing requirements. Students must determine the licensure requirements in the state and school in which they intend to work.

Childcare facilities and the states in which they are located establish qualifications for staff who work with children, and often implement guidelines regarding age, education, experience and professional development. Students must determine the licensure requirements for the state and facilities in which they work.