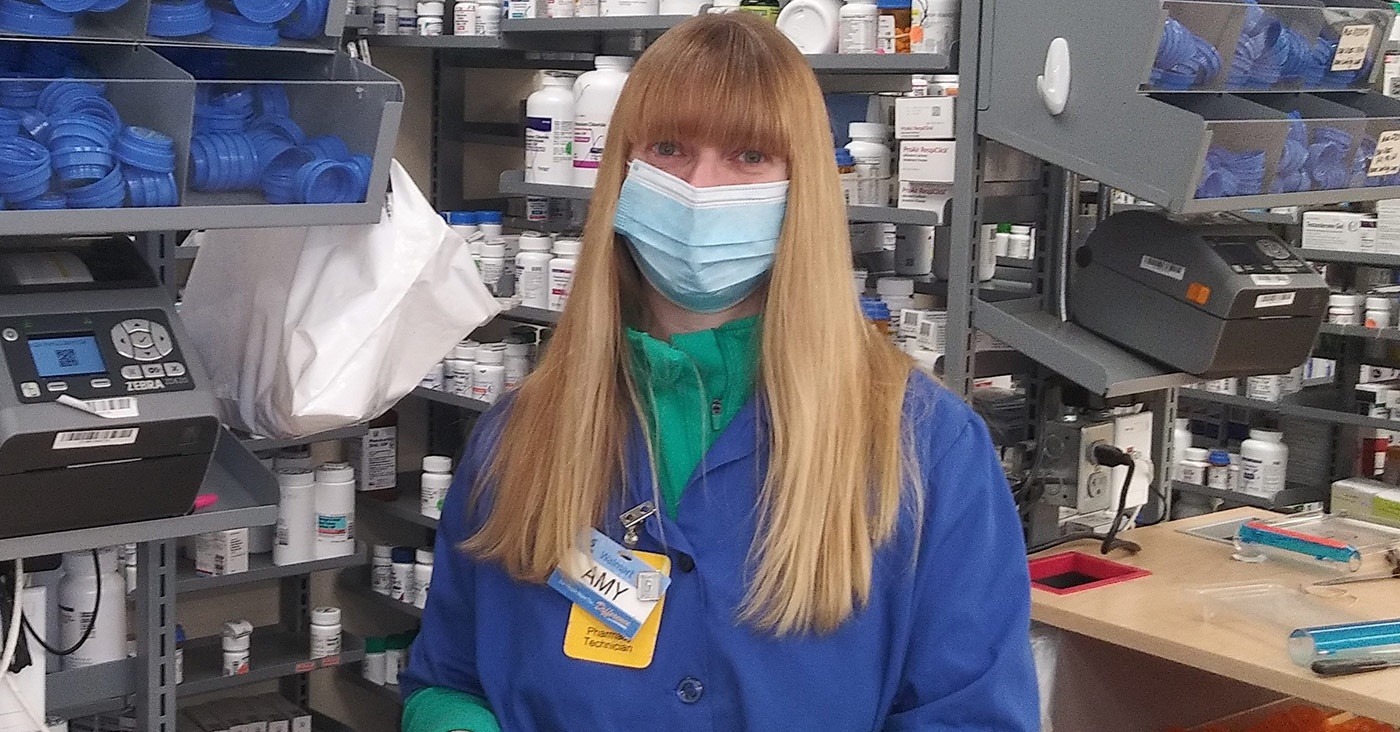 “This whole thing started around 20 years ago,” she says, “and these last ten have been the hardest of my life.”

Amy Lynn Thielen is a pharmacy technician in Roseville, Minnesota. Though working on the frontlines of a global pandemic poses its own challenges, this mother of two has already been through a lot.

Struggling through hardship and family trauma

Amy recalls flipping through the textbook of a friend. Reading about different medications fascinated her, and it didn’t take much for them to suggest that Amy go into the Pharmacy Technician field.

While she was ready to move on from her role as an administrative assistant, Amy’s interest in the idea was put on hold when she got married and moved to Minnesota in 2003.

Sadly, being far from family and facing difficulty at home, it was hard to get by. Amy recalls a time of often going without, and after the birth of her two daughters, it only got worse.

“I was eating one meal a day, so the girls had food,” Amy admits, “I couldn’t even get prescription medication for them.”

Finally, Amy was forced to apply for medical assistance and EBT. “That’s when I started thinking about pharmacy tech again,” she says. 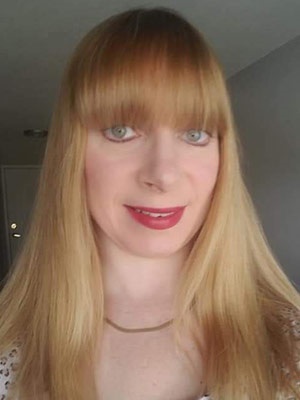 After going through a divorce, she started to gain much needed independence in 2011 but Amy’s struggles were far from over. That same year, her mother’s kidneys started to fail. She needed a transplant soon. It was never a question for Amy whether or not she would volunteer. After an intensive, 3-day donor evaluation, they discovered it was a match.

In August, 2011, Amy donated a kidney to her mother. Though it was an extremely painful process, she never doubted that the pain was worth it. This kind of selfless love and determination is what Amy is all about.

Starting over and earning an education

Several months later, Amy enrolled in Rasmussen’s Pharmacy Technician program. Between raising her children, working, and taking care of her new apartment, she recalls that the online courses were crucial to managing her busy lifestyle.

“I would study till 1 o’clock in the morning, get up around 5:30 a.m. to get my daughters to school, and study some more before work.”

Amy is the first to admit that it wasn’t easy. There was frustration and sometimes tears, but her girls motivated her to keep trying. She knew that being a good role model would help them avoid the kind of suffering she had already been through.

Amy graduated in June of 2013 on the honor’s list. Soon she started working at a Walmart clinic in Brooklyn Center that won a pharmacy of the year award. Now, she enjoys serving people at one closer to home.

"I love what I do. I love being able to help people with their medications and see them walk out with a smile."

“I love what I do. I love being able to help people with their medications and see them walk out with a smile.”

Amy’s kindness is as apparent at work as it is in every other aspect of her life. She recalls helping one woman negotiate with an insurance company for better medication pricing. Talking with three different people over the phone for 45 minutes is just the kind of thing Amy does to help the customers she serves.

Serving on the frontline of COVID-19

Like many others, Amy continues to work, ensuring medications are available and accurate, so people get the care they need.

“It’s been crazy, “she says, “The first two weeks of this were absolutely insane—non-stop phone calls and everything.”

In addition to dealing with the increase in pharmacy traffic resulting from the COVID-19 pandemic, Amy says that the closure of a nearby Walmart has led to a significant increase in the number of patients they help.

Though Amy is thankful for extra safety precautions, she admits that it is harder to communicate through masks and plexiglass. It often feels like she has to shout to be heard and has trouble connecting with patients like usual.

In addition to her work responsibilities, Amy is also faced with the challenges of parenting school-aged children in this time of distance learning. It can be difficult since she is still working, but she always finds ways to help the girls stay on track with their homework.

One of the biggest obstacles, she admits, has been social distancing. Milestones, such as her daughter's 16th birthday, go without a traditional celebration—though Amy tries to help her family stay connected via Facetime.

Enjoying a new life with her family

Even given the struggles of the pandemic, Amy is now in a much better place compared to 10 years ago.

She is engaged and enjoying a family life she never imagined.

“My fiancé has been a real support system through this whole thing,” she says. “He treats my girls like his own.”

Amy has suffered a lot of hardships—poverty, single parenting, kidney surgery, and now a global pandemic. Any one of these might be enough to discourage someone, but not Amy.

"Work hard and don't give up. If things get difficult, don't just say 'I can't do this.' Keep going at it."

“I’ve always tried to teach my girls, ‘Work hard and don’t give up. If things get difficult, don’t just say ‘I can’t do this.’ Keep going at it.’”

It may have been 20 years in the making, but Amy never gave up on her dream. After lots of hard work, not only does she have a job she loves but she’s inspired her daughters to get good grades and go to college themselves.

Amy is currently enjoying life with her two girls, her fiancé and his daughter. “We’re all a family,” she says. It’s people like Amy that remind us to keep going despite whatever we might face.