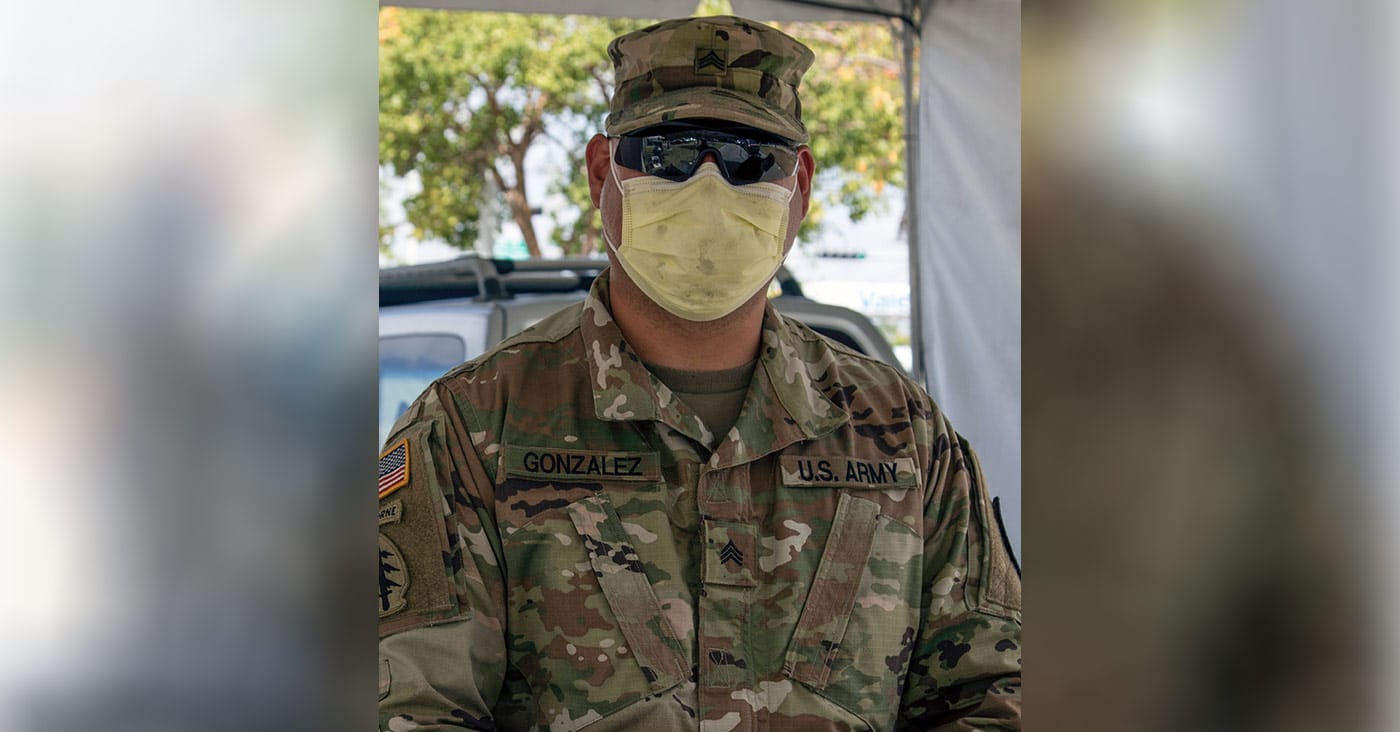 After serving full-time in the military for several years, Eddie Gonzalez struggled to find a career in the civilian workforce. The skills and experience he’s gained in the military over the past 15 years weren’t carrying over to civilian life the way he had expected them to.

After obtaining significant medical experience both in the military and as an EMT, he was interested in pursuing a full-time career in medicine, though that proved to be more difficult than he first assumed. He considered nursing and the fire academy among many other options. After several nursing programs rejected his medical military credits and even his homeschool high school diploma from his home state, Gonzalez felt discouraged. On his way to military training one day, he stopped by the Rasmussen College Tampa/Brandon campus and told the first staff member he saw, “Sign me up.”

Gonzalez enrolled in the Medical Assisting Diploma program. He’s always wanted to help people. Medicine and military have helped him find ways to do just that. While he was deployed as a canine handler to Afghanistan he found his dog brought a sense of comfort to various patients. She would allow them a feeling of home and hope. She would jump and play catch for hours and stand on her hind legs to greet the patients. “To bring a sense of hope to people is one of the most amazing things ever,” says Gonzalez. The more time he assisted in the medical clinic, the more interested he became in medicine, specifically taking care of trauma patients. He even had the opportunity to observe more than 50 medical procedures and at times would help where he was able, observing and passing instruments. 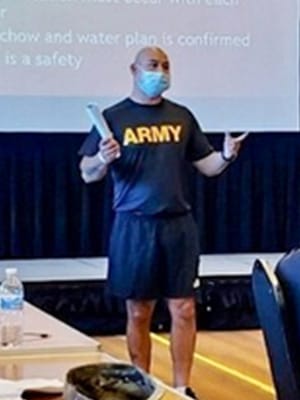 Now, while enrolled in the medical assisting program, Gonzalez has continued to serve in the Florida National Guard as combat medic. When the COVID-19 crisis hit the US in March of 2020, Gonzalez was deployed to Miami for three months to organize and perform COVID-19 testing. His unit researched how other U.S cities were testing, surveyed Miami for the best testing sites and provided on-the-spot training for testers. Once his unit had one baseline testing site they were able set up three major testing sites, including several walk-up sites and one in an assisted living facility.

Gonzalez and the others in his unit became advisors on COVID-19 testing and helped train other National Guard units to set up sites and test accurately. “We wrote the book on mobile testing teams,” Gonzalez says. Though he’s returned home and to school there’s always a chance he’ll be called back into service.

Since being at home he’s continued to work on forming beneficial habits and thinking patterns. This is something he’s being doing ever since he left active duty. Growing up with an undiagnosed learning disability made school difficult. After being told many times that he couldn’t be successful in the medical field, he’s made it a point to rewire his brain to create positive thinking patterns.

Gonzalez draws inspiration from the Bible and various entrepreneurial books. “I started studying success,” he emphasizes. He sticks inspirational quotes on post-it notes around his home to help keep him on track. Though being in school and working in the evenings as a cook in addition to maintaining National Guard service isn’t easy, he stays motivated by thinking about the resiliency he’s observed in people he’s met—from single moms to Navy SEALS. “They have to do the work. You meet these people and you realize that there’s no excuse for you,” Gonzalez says.

Since Gonzalez tends to stay busy, he appreciates the majority online classes with in-person labs and the 5.5 week courses. “I can organize stuff the way it fits me,” he says. Right now, he’s looking forward to his medical assisting externship. He’s excited to gain experience and begin networking in local medical field.

Long-term, Gonzalez hopes to become a neurosurgeon. “If I can figure out how the brain works, I can teach others how to learn no matter where they’re at,” he says.

As Gonzalez works through his final few medical assisting requirements, he’s thankful that he walked in the door of a Rasmussen College campus and got started. “If you’re waiting for a good time, it’s not going to come. Nothing is going ring your doorbell. You just have to get up and do it.”