7 Business Documentaries on Netflix to Stream in 2018 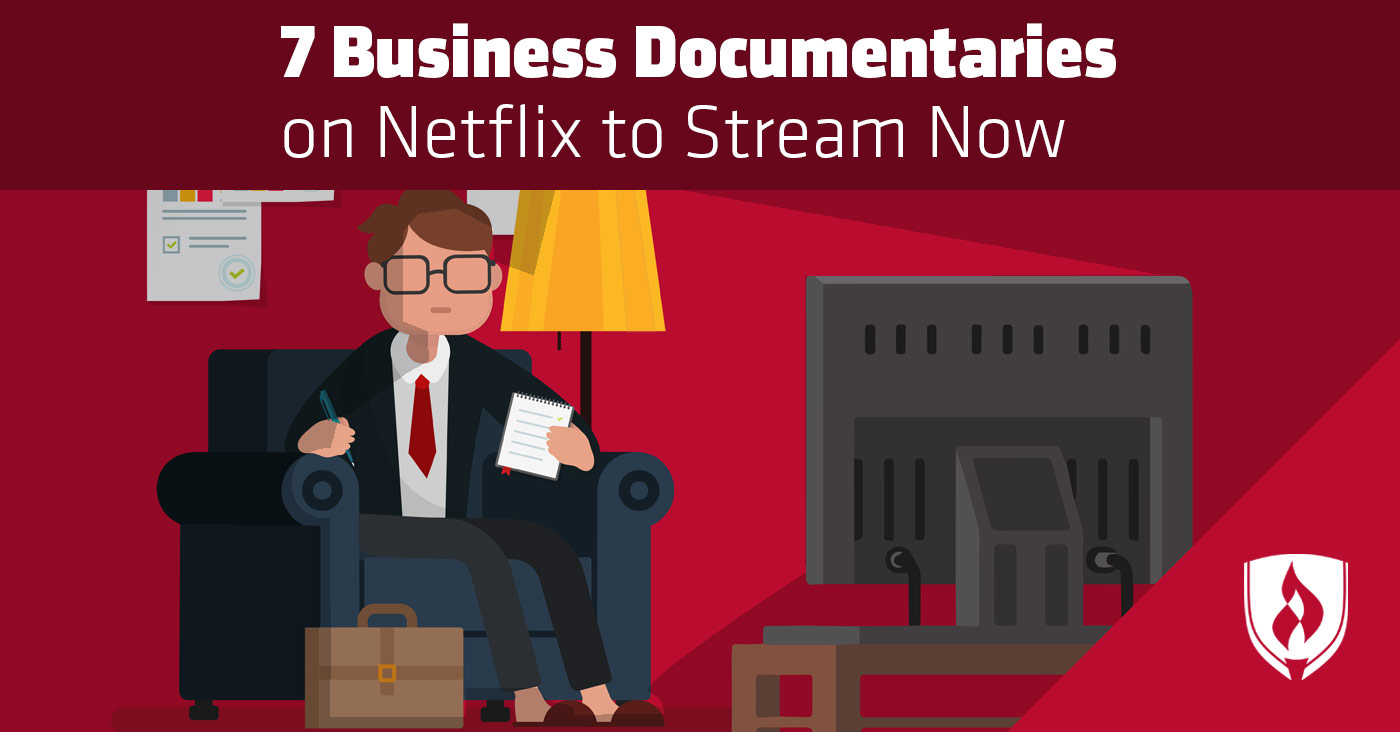 One of the greatest advantages of our modern world is the sheer wealth of information at our fingertips at any given moment. Pick any subject, and you could literally spend days going down a rabbit hole of reading and research. While probing the depths of Wikipedia’s collective knowledge is a fun possibility, there are easier and more entertaining options for learning about businesses and the issues surrounding them—that’s where Netflix comes in.

Whether you’re interested in starting your own business, learning about the stock market, exploring corporate corruption or just seeking new material to explore in your down time, we’ve got you covered with these seven business documentaries on Netflix.

Instead of plopping down to rewatch yet another episode of Friends or The Office, fire up one of the following documentaries instead. You’ll be entertained, inspired, and might even learn a thing or two along the way.

Dirty Money is a Netflix-produced docuseries that spends each episode chronicling a prominent example of corporate corruption. The first episode centers on Volkswagen’s corporate deceit and how the government struck a deal with the company that endangered the environment by deceiving regulators.

Other episodes cover topics such as payday loans, pharmaceutical industry price gouging, drug cartels and money laundering and even Canadian syrup cartels—as strange as that might sound. The one-hour format of each episode makes this an easy show to binge-watch, no matter what aspect of business you’re interested in.

If you’re interested in marketing, management and big business, this may be the film for you. This docu-thriller follows hedge-fund billionaire Bill Ackman as he attempts to expose Herbalife, a multilevel marketing company focused on selling nutritional products, as the biggest pyramid scheme in history.

According to Betting on Zero’s official website, the film “Blend[s] tales of high-stakes corporate intrigue with working-class people caught in the crossfire.” Watch the back-and-forth as Herbalife claims Ackman is a market manipulator and as others come forth to either defend of vilify the company. The film brings up pertinent discussions around money and fraud, allowing you an inside look at the damage pyramid schemes can cause.

For those interested in finance and technology, Banking on Bitcoin is a worthwhile watch. The documentary chronicles the rise and evolution of Bitcoin, the most popular cryptocurrency in today’s market. Featured are some of the earliest users of the technology: Charlie Shrem, Erik Voorhees and the Winklevoss twins.

In addition to providing an introduction to what Bitcoin is, the filmmakers delve into the relationship between cryptocurrency and regulatory bodies as well as failed uses of Bitcoin, such as with the dark-web marketplace Silk Road and bankrupt Bitcoin exchange site Mt. Gox.

Thinking of starting your own business or pursuing entrepreneurship? Learn from Generation Startup. This documentary follows six recent college graduates hoping to find success building startups in Detroit. With a range of interests—from tech to real-estate to pasta—these entrepreneurs and their startups are followed over a 17-month period.

Short on time? Explained packs a lot of useful information into a relatively small window. This docuseries, which is produced by news site Vox, tackles one important issue per episode. It should be noted that Explained isn’t contained to strictly business issues—it covers and explains a huge array of pressing modern topics in a digestible, 15–20-minute episode format.

For those who are looking for business-centric topics, you’ll want to check out episodes such as “The Stock Market” and “The Racial Wealth Gap.” These episodes break down complex financial issues in a very easy-to-understand way and can serve as an excellent jumping-off point for further learning.

Based on the book of the same name by former Secretary of Labor Robert Reich, Saving Capitalism is an introduction to the evolution of capitalism in United States. In the film, Reich travels around the country, meeting with minimum-wage-earning workers who are struggling to make ends meet. He explores the increasingly large gap between the wealthy and the poor and how the current economic system came to create such disparities.

Reich uses his decades of political expertise to weave a narrative that is both thought-provoking and informative, leaving you to contemplate capitalism’s effects on the future of America. Even if you disagree with Reich’s views, this documentary provides excellent food for thought.

There’s the old adage, “Nothing ventured, nothing gained,” and in Something Ventured, there’s a lot to be gained. This documentary explores the lives of several men who risked money and status to invest in companies no one else saw potential in. Without the help from these original venture capitalists, it’s hard to say if those companies would have ever had the financial backing to succeed.

And what companies are they? Some of the biggest names in tech: Apple, Intel, Atari, Google and Cisco, among others. For those with an interest in how venture capitalism began, you can hear it straight from the original venture capitalists themselves.

Who knew learning could be so entertaining? Get cozy on your couch and prepare to dig into some of the biggest business scandals, issues and intrigues. Learn about ordinary people like you who worked their way to the top, step into the fast-paced world of finance or explore up-and-coming technologies and ideas.

While you can learn a lot from business documentaries on Netflix, they’re only a supplement to a formal education. If you’re interested in a business career, there are several degrees to consider pursuing. Check out our article, “The Beginner’s Guide to Different Types of Business Degrees,” to learn more about some of the most common Business-related degree options. 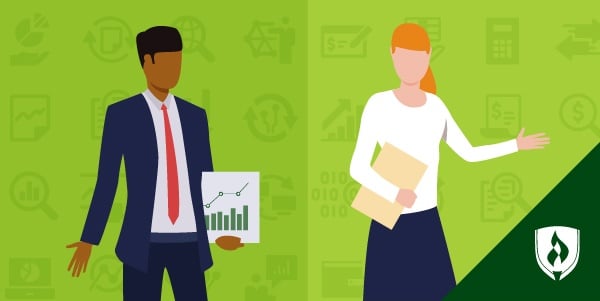 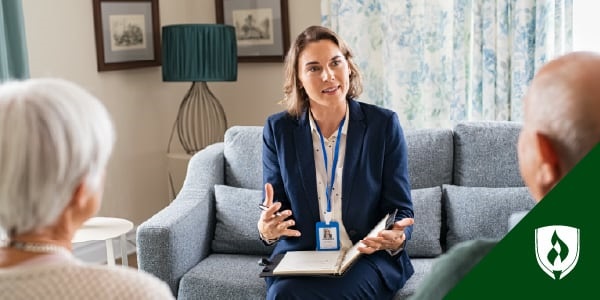 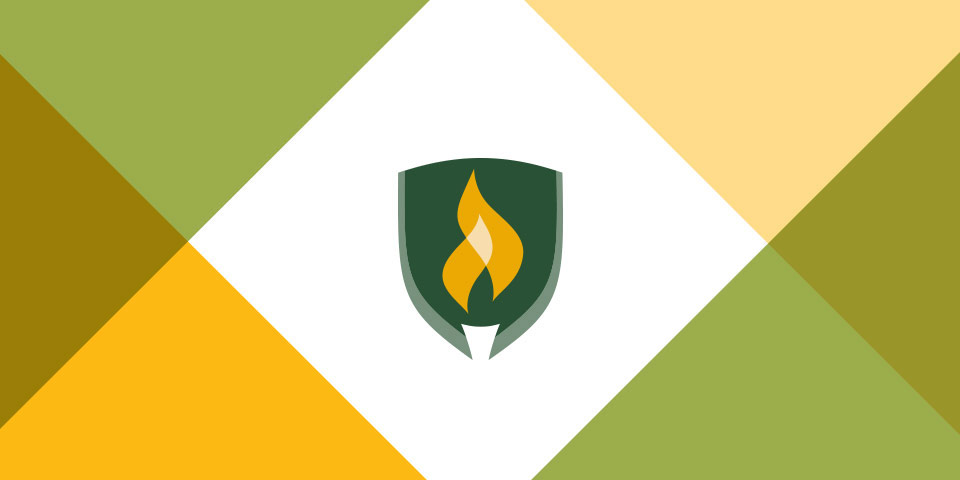 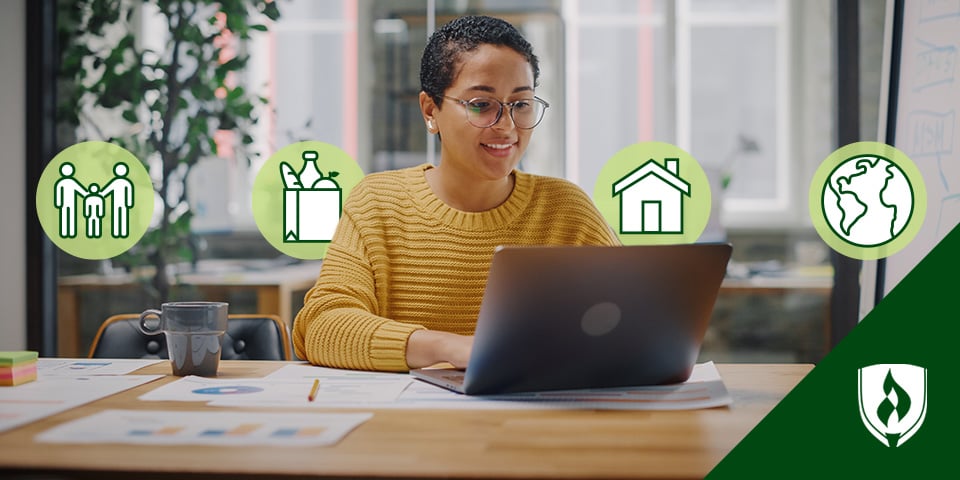