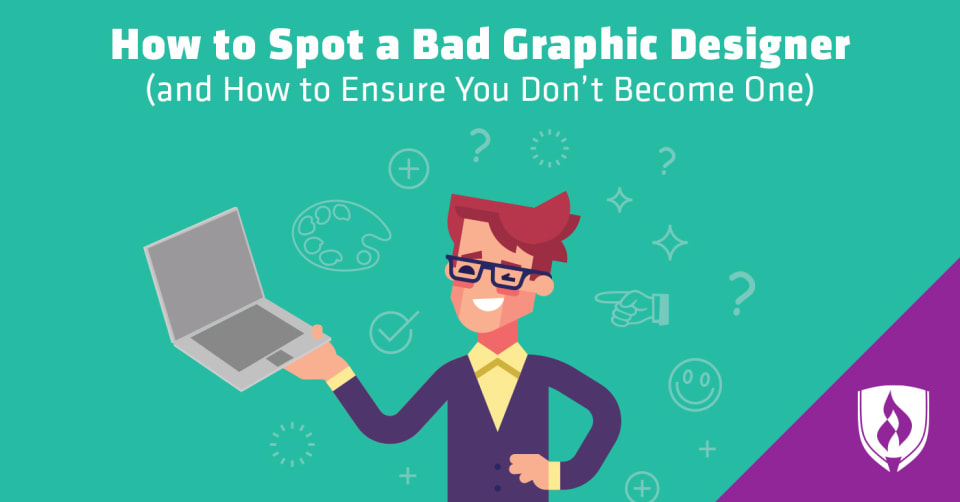 Any hiring manager will admit it can be tricky to get an accurate read of a person from a quick study of their resume and a brief interview or two. Candidates are obviously putting their best foot forward and know how to gloss over any potential shortcomings—and that polished front can really come back to sting employers.

But seasoned professionals in all industries have learned that years spent in the working world can qualify a person to spot some telltale signs of a job candidate’s true potential. This is particularly true when it comes to hiring graphic designers.

Whether searching for a freelance designer or for a design pro to bring on full-time, there are a number of signifiers our panel of design and hiring professionals have learned to identify as red flags.

If you’re eager to find some career success in the graphic design sector, then be sure to avoid the following 12 designer faux pas.

They have a one-tone portfolio

A portfolio is one of the first things a hiring manager will use to make an assessment about potential design candidates. While portfolios give creatives an opportunity to showcase their best work, those who make hiring decisions are looking for more than just sheer skill.

Marco Shalma, founder of the creative agency Round Seven, warns against portfolios that lack variety. A one-tone portfolio, he says, can be a telltale sign of inexperience and can even send the message that the candidate may have had to scramble to assemble a body of work for their interview.

Lisa Chu, creative director for Black n Bianco, agrees that creativity is an essential element of a graphic designer’s portfolio. “A bad designer will have similar designs, but used in slightly different variations,” Chu explains. “It’s the same song and dance, and it shows their incapability of being creative.”

Their work is too busy

It’s not unheard of for self-taught designers to find success in the industry, but professionals like Joy Gendusa maintain that designers with little training can sometimes miss the most basic elements of good, clean and professional design—elements often taught in an introductory graphic design course or program.
Gendusa, who is the founder and CEO of PostcardMania, says it’s pretty easy to spot these designers. “They use multiple fonts in a small ad, they love using as many Photoshop effects as possible and they have no idea what a margin is or how close copy should be to it.”

“A busy website with pretty much everything they’ve ever designed usually means they lack the fundamentals of the elimination process,” Shalma agrees.

Lauren Farr is the art director for ABWE International, and her years of experience designing for digital and print have taught her a key lesson when it comes to identifying a successful graphic design candidate: “The most important marker for whether you want to hire or work with a designer is their ability to ask good questions.”

In fact, hiring managers should be wary of potential candidates who have no inquiries of their own about the organization or campaign. “In good graphic design, communication is key,” Farr says. “If a designer doesn’t ask questions to understand your values and culture, your audience or the most effective ways to communicate, their efforts will have low impact.”

They don’t offer up their own design ideas

Organizations rely on graphic designers not only for their artistic abilities, but also to bring their fresh, creative perspectives into the projects they work on. “If you call a graphic designer to do a logo or ad for your company and they accept your first idea without question, they do not care about the success of your campaign,” warns Judy Cutler, art director for JessPerna.com.

Design is subjective, and good designers know that even the most buttoned-up work assignments could stand to improve from at least a little collaborative back-and-forth between the designer and the client.

Farr maintains that a good designer should understand when to push back, respectfully say, “No” and lead clients from bad ideas to good ones. “Often, a client’s initial idea might not be the best solution,” Farr says, adding that great design must communicate clearly and drive people toward action.

Nancy Cleary, veteran graphic designer, art director and founder of Wyatt-Mackenzie Publishing, has worked with several designers over the years. One thing she’s come to recognize as a red flag when recruiting new design talent is when someone is slow to respond to a proposal.

Cleary maintains that delayed communication can indicate a couple of problematic things—one of them being a designer’s potential lack of interest in or dedication to the project or the company. It can also signify a general inability to schedule and keep up with multiple projects at once.

With that in mind, she adds that quality graphic designers don’t rely on excuses for their missteps. “If they are late to responding to an inquiry, late with their proposal or their communications have errors and they give excuses for any of it, run to another designer—fast,” Cleary says.

Priyanka Prakash is a content writer for Fundera, and part of her job involves close collaboration with graphic designers. “One of the telltale signs of a bad designer,” she maintains, “Is spelling or grammatical errors in text.”

While designers will often partner with writers who provide them with the copy needed for projects, it’s the designer’s responsibility to implement the text into the visual designs. And, as Prakash puts it, “A good designer should relish the details.”

Their portfolio showcases a poor use of typography

We may have all heard the warnings to stay away from fonts like Comic Sans and Papyrus, but there’s more to typography than font choice alone. “Typography is a main element in graphic design; it highlights a brand’s personality and conveys a message to the users,” says Steph Williamson, web designer for Hudson Integrated.
Williamson shares that the general rule of thumb in graphic design is to use just two or three fonts that complement one another. “If a designer is using four to five fonts, and they don’t represent the brand properly, that is definitely a red flag. Every font has a specific use, so a designer should be aware of the feeling a font gives off before choosing it to represent a brand,” she says.

Their color palettes miss the mark

Similar to typography, different colors can conjure different feelings or reactions from viewers. “Graphic design relies heavily on color to evoke emotion,” Williamson says. As such, she urges the importance of using colors that complement one another instead of competing.

“A red flag would be if a designer is using conflicting colors, colors that are hard to read, colors that don’t match the brand or not using colors in the right place,” she explains. “On the other hand, a good designer will use a mix of one to two primary colors and a few secondary or complementary colors to really tie the color palette together without it feeling overwhelming.”

The intended message of their designs is unclear

Gendusa confesses that one design mistake that truly irks her—one she says even good designers can be guilty of—is producing a design with a bad eye trail. She defines an eye trail as the way in which the design works together as a whole to draw the eye in and lead viewers’ attention toward the most important elements, like a headline or call-to-action.

Williamson agrees: “If a user is confused after looking at a design or didn’t understand the message, then that designer has failed. Every design needs to have a clear point. Right off the bat, a user should clearly understand what action they should take, know what they are looking at or understand what you are trying to say to them.”

They prioritize their aesthetic over the client’s needs

Curt Doherty, CEO of CNC Machines, recalls a time his business went through three separate graphic designers in six months. All three were ill-fitting, he says, because they were unable to follow directions—something he’s learned is common among bad graphic designers.

“They are more concerned with their art than the client/employer directions. If a graphic designer can put the client and user experience above their own need to be an artist, they can and will win in the marketplace,” Doherty explains.

Farr agrees that the most successful graphic designers understand the importance of putting the brand first. “Bad designers may follow trends or even their heart,” Farr says, “But if the piece cannot stand alone as an obvious representation of the brand, it’s lost its brand equity and diluted a powerful tool.”

While most can agree that it’s difficult to take criticism in any scenario, creative professionals all come to recognize it as part of the job. In fact, Chu believes one of the foremost signs of a bad designer is an inability to handle criticism professionally.
If a designer acts offended when their designs or ideas are not accepted with open arms, it could be a bad sign. “A graphic designer in a company must be willing to work as a team. If they aren’t able to receive criticism, they won’t be capable of accepting and sharing creative ideas,” Chu says.

They get too caught up in the design

Graphic design is about more than simply creating things that are visually pleasing. “A visually appealing design is important,” Williamson says, “But not at the cost of functionality or usability.”

With that in mind, it’s a common pitfall of bad graphic designers to place too much emphasis on the design with not enough emphasis on user experience. “The whole goal of a design is to pull the user in and have them understand what to do and how to do it immediately,” Williamson explains. “The user should leave the experience feeling satisfied, intrigued and/or accomplished.” If the user can’t figure out how to use it or what they should be doing next, Williamson maintains that the designer did not do their job properly.

As with any career, there’s a learning curve when it comes to working as a graphic designer. But thankfully there’s a host of seasoned professionals out there who have shared some of the red flags they know to steer clear of when hiring a new designer.
As you begin laying the foundation for your flourishing design career, be sure to avoid the 12 traits of bad designers that our pros have shared above. Instead, it can be helpful to dig into what makes good graphic designers so successful. Learn more by visiting our article, “7 Things the Top Graphic Designers have in Common.” 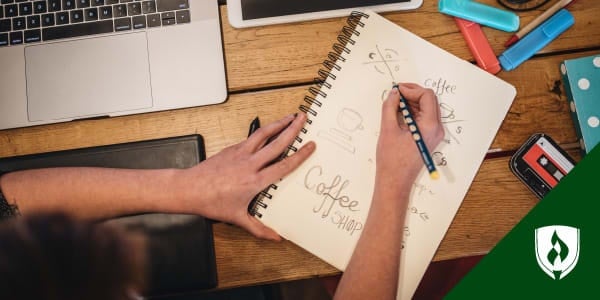 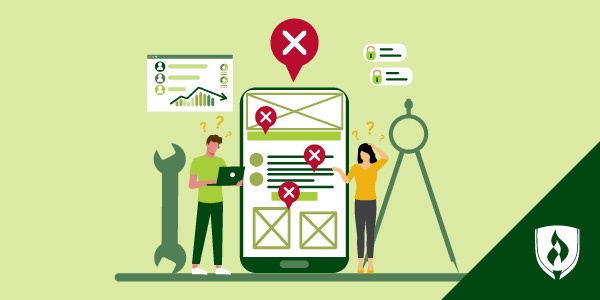 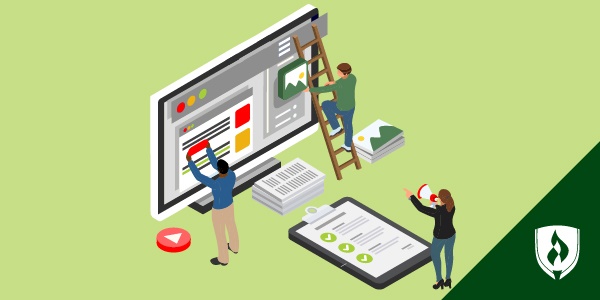 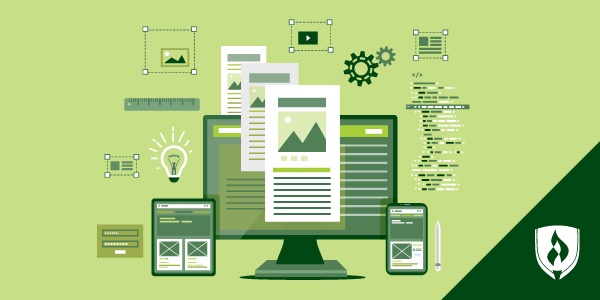