What Is Rough and Tumble Play? An Educator’s Guide 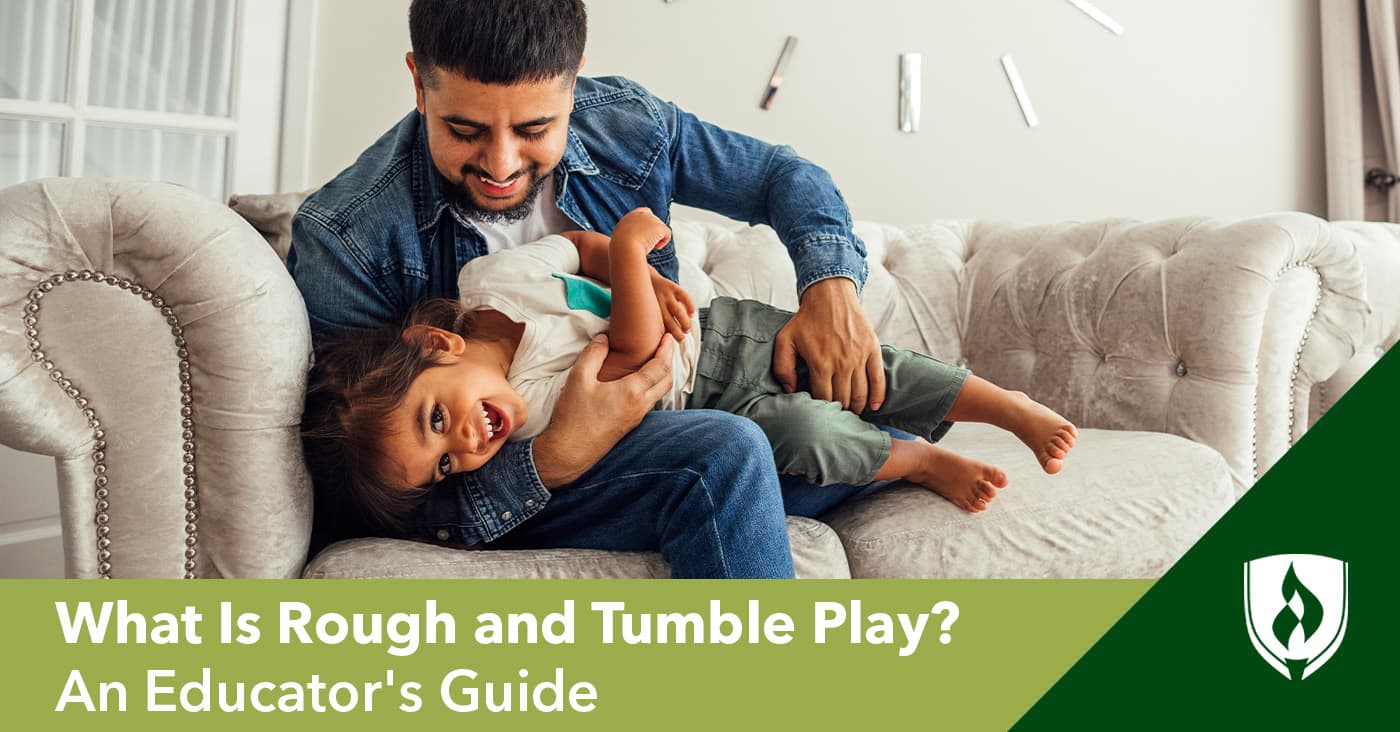 Have you seen kids tackling each other in a game of tag? Maybe you have neighbors with some rowdy children who chase each other around their yard. Kids have a knack for causing a stir with their crazy antics, but did you know this type of play has a name?

“Rough and tumble play” is its own category of activity for children, and researchers have investigated whether it’s beneficial or simply kids causing a ruckus. With the dangers of some of the ways kids like to play, it’s worth wondering whether teachers and parents should forbid these activities—or if there’s an acceptable middle ground to be found.

If you’re wondering whether rough and tumble play is safe and beneficial or harmful and dangerous, keep reading.

What is rough and tumble play?

Rough and tumble play may include wrestling, tumbling, grappling or chasing. However, it’s distinct from kids actually fighting with each other because of its fun and good-natured spirit. The kids aren’t trying to injure each other—they’re just horsing around.

Kids start playing this way around age two, and they will keep doing it through adolescence. However, this form of play peaks around age seven.

The benefits of rough and tumble play

Kids seem to naturally gravitate toward rough and tumble play. But is this a good thing? It’s typical to assume that play fighting encourages violence, but it’s not the norm for this form of play to turn aggressive. Rough and tumble play is actually quite important for a child’s development.

On the surface level, rough and tumble play is a great form of exercise for kids. With all the pent-up energy children have, this is a fun and simple way to get kids active. Beyond burning energy, this exercise helps kids pay attention longer and can even improve their performance in school.

This physical activity also teaches kids their physical abilities and capacities. And it shows kids how to interact with others as they learn the bounds of other people—for example, learning the difference between a playful punch and a painful one.

Similarly, rough and tumble play is a form of social interaction between kids that helps them form relationships. They discover what sort of behavior is appropriate and what takes it too far, and the play environment gives kids room for trial and error without too dramatic social consequences.

Indeed, contrary to the popular idea that rough and tumble play encourages violence, it actually helps kids self-regulate aggression. By exploring aggression in a safe play setting and learning the bounds of themselves, others and appropriate behavior, children can develop into sociable adults. More generally, studies have also shown that rough and tumble play helps kids learn to regulate, understand and manage their emotions.

Safety and rough and tumble play

Even though rough and tumble play reduces violence, it can be stressful to watch kids wrestling if you’re worried about them getting hurt. Luckily, there are ways to keep scrapes and bruises to a minimum.

The best way to make sure everybody is staying safe is to keep an eye on the kids to distinguish between play and actual violence. Watch for signs that things are going too far, like one child repeatedly punching another without letting up. Tears, angry shouts or a child storming off are clear warnings that the kids are fighting, not playing.

If you’re worried things are going too far, you can even simply ask, “Is everybody still having fun?” And if you’re concerned about the kids getting hurt on a sharp-cornered bookcase or tripping when running around a table, have them go outside.

It can also be helpful to set some ground rules for this type of play. For example, maybe any grabbing needs to stay below the neck, and biting needs to be off the table. These rules could even be as basic as the kids have to stay within line of sight or earshot when they’re wrestling.

Rough and tumble play as an educator

Even under a watchful eye, a child will likely get hurt at some point during a bout of rough and tumble play—it simply comes with the territory. Parents are obviously concerned about the safety of their kids, so how do you navigate this subject if children in your care engage in rough play?

First, you should explain to parents the benefits of rough and tumble play, so they know it’s not just a case of kids being aggressive or intending to do harm. This also prepares the parents to know their kids may be permitted (within reason) to play this way at times.

Second, you can explain to parents the precautions taken to keep their kids safe. This includes any rules the kids must follow when playing as well as the level of supervision the children will have. This way, the parents can feel a bit more assured that their kids aren’t able to take things too far.

With that in mind, parents still may not be comfortable with their child engaging in this type of play outside of their own supervision—and that’s okay! Letting them know that there are benefits to this type of play while still adhering to their wishes is a reasonable route to take. There are plenty of important developmental activities for kids to engage in without getting physical with one another.

Development beyond rough and tumble play

With all the benefits of rough and tumble play, there’s no doubt that it’s an important element of any child’s development. From social skills to emotional regulation, rough and tumble play can be a fun, naturally occurring way for kids to learn. The key is simply to make sure kids don’t get carried away and wind up injured.

But rough and tumble play is only one part of the equation that helps kids learn and develop. If you have a heart for kids and play, a career teaching these kiddos may be the path for you. To see if this career is the one for you, check out our article “9 Signs You Would Excel as an Early Childhood Teacher.”

Jordan is a freelance content writer at Collegis Education. She researches and writes articles on behalf of Rasmussen University to help empower students achieve their career dreams through higher education. 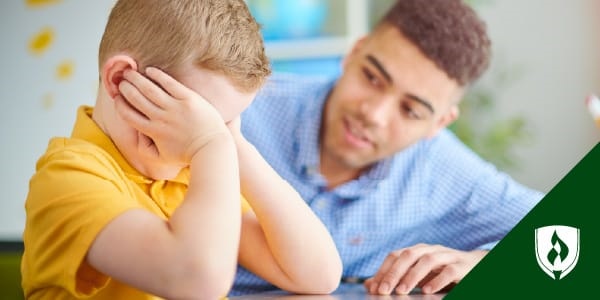 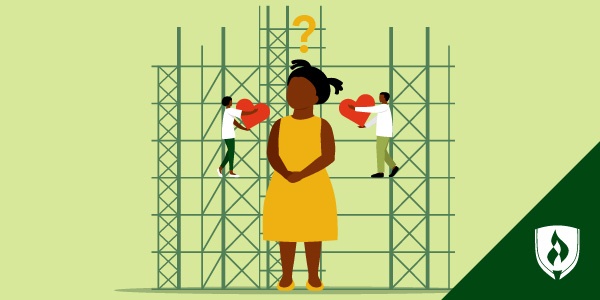 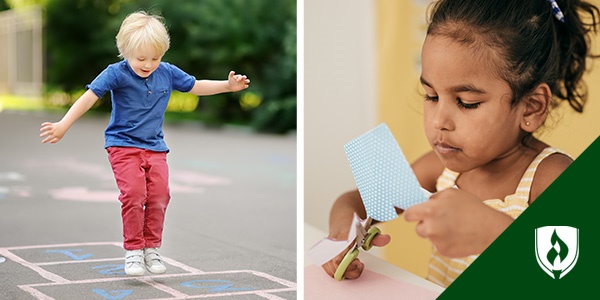 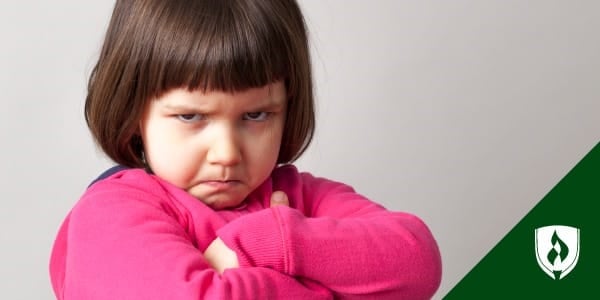