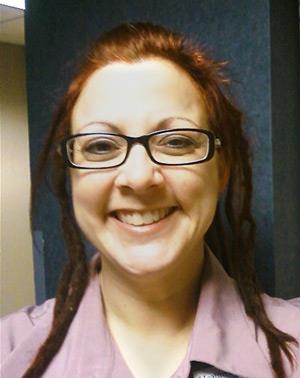 A career isn’t always a linear progression—sometimes you have to zigzag and stumble a bit through different jobs until you find the right fit.

Bloomington, Minn., health information technology grad Katrina Oberhelman did her fair share of zigzagging before finding her way into a career in the medical field. This is how she made her way there from a start as a would-be firefighter.

Growing up, Oberhelman always wanted to be either a police officer or firefighter but more than anything she wanted something out of the ordinary. She worked what she called “go nowhere production jobs” after high school while taking fire science classes at Hennepin Technical College. She eventually began working as a volunteer firefighter in Hanover, Minn.

Most people tend to take the title of firefighter quite literally; they think firefighters respond to calls and put out fires. But in reality, a large portion of the calls are medical emergencies, not blazing infernos. Oberhelman wasn’t enamored with the work small town firefighting required and soon found her interest in firefighting as a career fading away.

Oberhelman continued to volunteer until 2003, despite deciding against firefighting as a career. In a strange twist, the numerous calls requiring her to assist the elderly as a firefighter eventually pointed her in the direction of her future jobs as a home health aide and also as a medical coder for home health care services.

“It was actually kind of a blessing,” Oberhelman says. “It got me started on the path I’m on now, even though I didn’t see it at the time.”

Oberhelman’s career path continued to wind in 2001 when she began working at SurModics, a medical device company. The work was steady, but her career had plateaued. Oberhelman knew she was in a rut and began to explore her educational options. She enrolled at Rasmussen College in 2010 to pursue an HIT associate degree. It was a departure from her job at the time, but Oberhelman figured the skills she’d learn would be easily transferrable in case she wanted to move and work in another part of the country.

Her decision to enroll gave her a head start on dealing with a major change looming on the horizon.

“I had an odd feeling something was going to happen and sure enough I was let go a few months after starting at Rasmussen,” Oberhelman says.

Unemployed, working on a degree and in the shadow of the Great Recession was a scary place to be—employers were laying off workers in droves and competition for open positions was (and still is) fierce. Oberhelman was fortunate to land a part time position as a home health aide while she worked toward her degree.

But Oberhelman didn’t let the uncertain economic times deter her educational plans. In fact, she found the format of her online coursework to be a perfect fit.

“It really couldn’t have gone any better for me,” Oberhelman says. “I just can’t do the typical classroom setting because I have a hard time not letting my mind wander. But for online all you need is to be disciplined and know when you need to get things done.”

The online classes also had the benefit of allowing her to continue searching for full time employment, and not long into her search she was able to find a temp job at Health East Home Care filing paper based medical records.

The job, which Oberhelman says she landed in part because of her ongoing education, moved from temporary to full-time. As electronic record filing ramped up she transitioned into a medical coding position—something Oberhelman never imagined she’d get into.

“It’s funny … when I was working as a home health aide, people would ask if I was going to get into coding and I’d laugh and tell them ‘I don’t want anything to do with coding, have you seen those books?’” Oberhelman says.

In fact, when Oberhelman first accepted the coding position she admits she disliked coding and wanted to just get into a stable position, especially with all of the changes being brought on to the filing department with the switch to electronic records.

But the move to coding has worked out well for Oberhelman, despite her initial objections.

“I love coding now and actually look forward to going to work every day,” Oberhelman says. “No matter how frustrating or stressful work can get at times, I’m really proud of myself for making that decision.”

HIT students don’t get to fully exhale after graduation—they’ve still got the RHIT certification exam to pass before they celebrate. Oberhelman was preparing for the exam after earning her degree in spring 2013 when she was admitted to the emergency room. The visit to the ER required an angiogram to test blood flow, but after the testing was completed she found she had lost some vision in the lower portion of her right eye.

“It looked like a little alligator in the corner of my eye—you could make out a mouth and a little leg,” Oberhelman says.

Needless to say, her partial loss of vision was a major concern. Oberhelman says the doctors still haven’t figured out what exactly caused it, but think it may be due to inflammation related to a rare but reversible health issue, that in some cases, can lead to death.

Oberhelman says fortunately the “alligator” has partially faded and she’s gotten used to it, but the vision loss did require her to postpone her certification exam. While her certification plans have been postponed, she still plans on completing the exam in the near future.

In the meantime, Oberhelman is just trying to appreciate the little things while she studies and waits.

“I never thought I’d get a degree growing up,” Oberhelman says. “It’s still weird for me to go into work and see my diploma up on the wall.”

The twists and turns of her life seem to have finally straightened out. Oberhelman is on track for a steady career in HIT now that she’s earned her associate degree. She admits she’s in no rush to get back to school right now, but says she’s interested in earning a bachelor’s degree in health information management someday.

If you’re ready to make the move from just another job to a steady career, an HIT associate degree is a step in the right direction. There’s no better time to ditch the dead-end and get on course for a promising future. 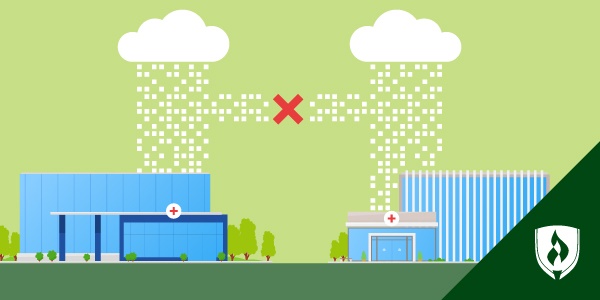 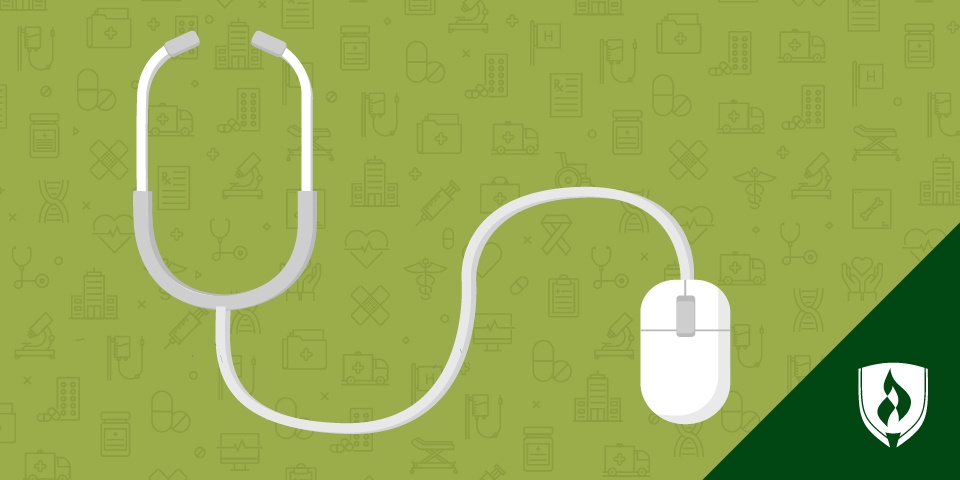 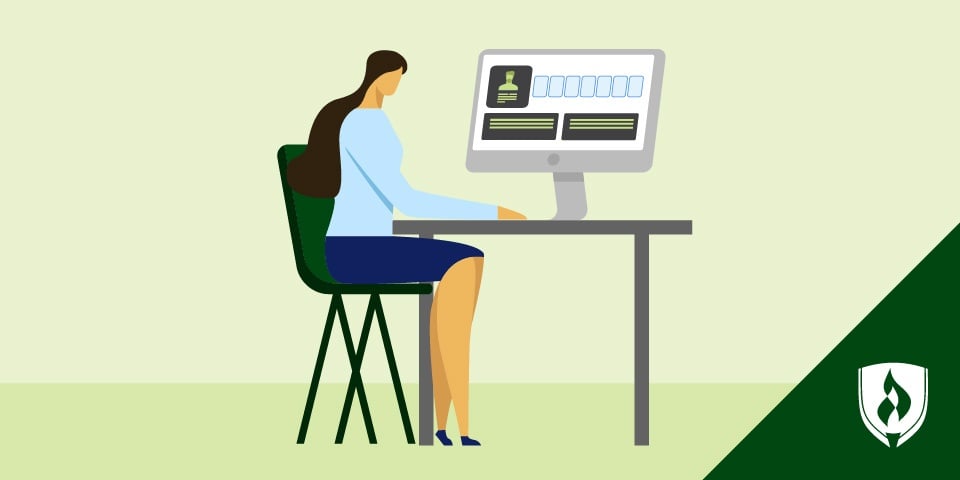 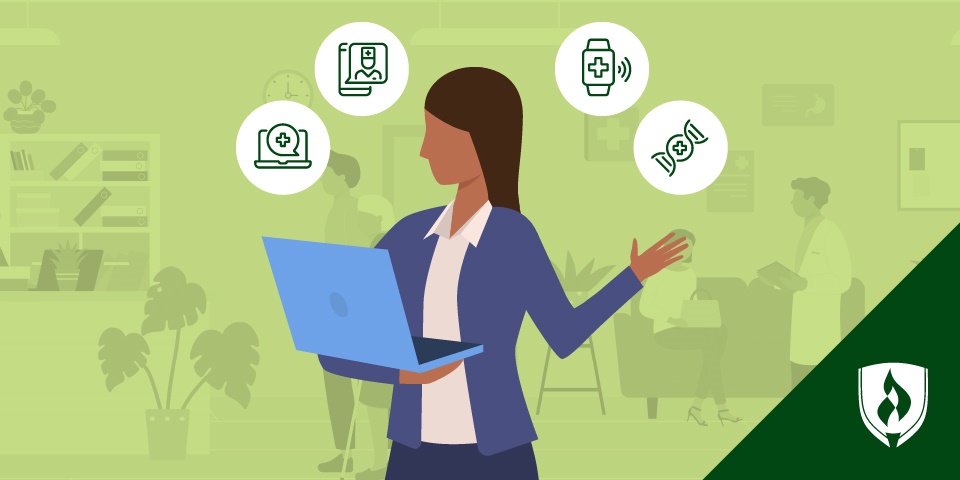