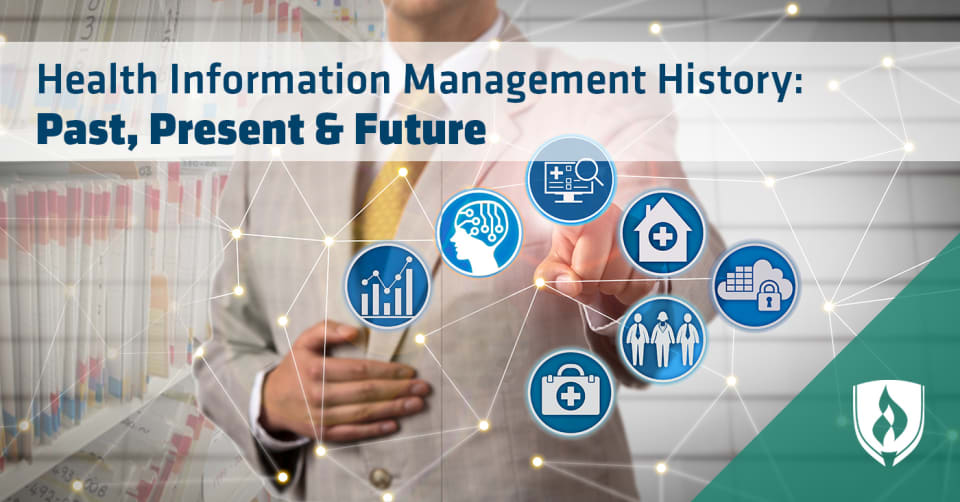 It’s time to start searching for a new job—but not just any job. You want a career that’s stable, something in an industry that will be around to help you provide for your family for years to come. Health information management fits the bill, and it has the track record to prove it.

The United States has a long history of health information management (HIM). The health information industry has been around officially since 1928 when the American College of Surgeons (ACOS) sought to improve the standards of records being created in clinical settings. HIM trends continue to make news today thanks to the new implementation of electronic health records (EHR).

Things won’t be slowing down for the HIM industry anytime soon. “The volume of data healthcare organizations are now collecting pales in comparison to the amount of data that will be generated in a year,” says Anatoly Geyfman, CEO of healthcare analytics company Carevoyance. This expanding branch of the healthcare field could be your ticket to the job stability you’ve always dreamed of.

This overview of health information management history will give you all the facts you need about this growing industry. With a varied history and a promising future, HIM could be your new career path!

The 1920s and health records

The HIM industry can trace its roots back to the 1920s, when healthcare professionals realized that documenting patient care benefited both providers and patients. Patient records established the details, complications and outcomes of patient care.

Documentation became wildly popular and was used throughout the nation after healthcare providers realized that they were better able to treat patients with complete and accurate medical history. Health records were soon recognized as being critical to the safety and quality of the patient experience.

The ACOS standardized these clinical records by establishing the American Association of Record Librarians, a professional association that exists today under the name American Health Information Management Association (AHIMA). These early medical records were documented on paper, which explains the name “record librarians.”

Medical records in the information age

Paper medical records were steadily maintained from the 1920s onward, but the advancing technology of the ‘60s and ‘70s introduced the beginnings of a new system. The development of computers encouraged pioneering American universities to explore the marriage of computers and medical records.

"The volume of data healthcare organizations are now collecting pales in comparison to the amount of data that will be generated in a year."

These universities often partnered with large healthcare facilities. Patient information would be generated and electronically recorded at a specific facility—and it was accessible only at that healthcare location. This obviously restricted the software’s usefulness and viability on the market. Other hindrances to early electronic heath records included computer performance limitations and exorbitant pricing.

However, interest in computers continued to increase. Individual departments of the healthcare industry—such as patient registration—recognized the usefulness of keeping electronic records. Early EHR software began to be adopted within certain departments. Healthcare software development continued to focus on these single application uses into the early 1980s.

Using healthcare software in the 1980s and ‘90s

The ‘80s produced huge leaps in healthcare software development. The advent of computerized registration meant patients were able to benefit from a more efficient electronic check-in process for the first time ever. The introduction of the master patient index (MPI), a database of patient information used across all the departments of a healthcare organization, was also a massive success.

These wins encouraged software developers to continue creating with a new focus on individual hospital departments. Departments like Radiology and Laboratory adapted well to the new software, and computer healthcare applications began appearing on the market.

However, these applications still faced limitations. Computer applications were being used within healthcare walls, but none of them could communicate with each other or be viewed by neighboring departments.

While technology flourished outside of the healthcare industry, computerization within healthcare had hit a roadblock. Healthcare was without a communicative, cross-departmental electronic record system. But the new millennium was about to change all that.

A wave of medical errors and patient deaths caused by healthcare providers renewed the search for a viable EHR system in 2000. Electronic health records would allow “providers to make better decisions and provide better care” while “reducing the incidence of medical error by improving the accuracy and clarity of medical records.” (CMS.gov) President George W. Bush called for computerized health records in his 2004 State of the Union Address. An EHR revolution had begun.

Present-day healthcare organizations are implementing functional EHR systems with more intensity than ever thanks to President Obama’s passage of the American Recovery and Reinvestment Act (ARRA) in 2009. ARRA “requires the adoption of Electronic Medical Records by 2014 for seventy percent of the primary care provider population,” according to the US Department of Health and Human Services.

This requirement has led the Office of the National Coordinator for Health Information Technology to establish 62 Regional Extension Centers (RECs) across the nation. (healthit.gov) These RECs offer support to healthcare providers as they adopt electronic health records and move toward the goal of documenting all healthcare treatment via electronic records.

The future of health information management

Today’s health information management industry is still based on the founding goal of the first medical record librarians: to increase and improve the clinical documentation standards. The industry has come a long way from keeping hard copies of health records, but the ultimate goal of fully functional EHR has yet to be realized.

More changes are in the works for the health information management industry even as they work toward fine-tuning the EHR system. More important than the data itself is the ability to learn “actionable insights from the data,” says Geyfman. “Traditional organizations will have to understand not only how to collect data, but also to quickly and reliably process, analyze and deliver the data to those who need it, to any device.”

Are you ready to be part of the future?

Health information management has come a long way, but there are still plenty of changes to come. Are you ready to join and contribute to this ever-changing industry?

If you’re ready for a stable job in an evolving field that has the potential to impact future generations, HIM is the career path for you. Learn how to get started in as little as 18 months with a bachelor’s degree in Health Information Management.*

*Time to complete is dependent on accepted transfer credits and courses completed each quarter.
**This article was originally published in Dec. 2010 by Denise Van Fleet. It has since been updated to reflect data relevant to 2015. 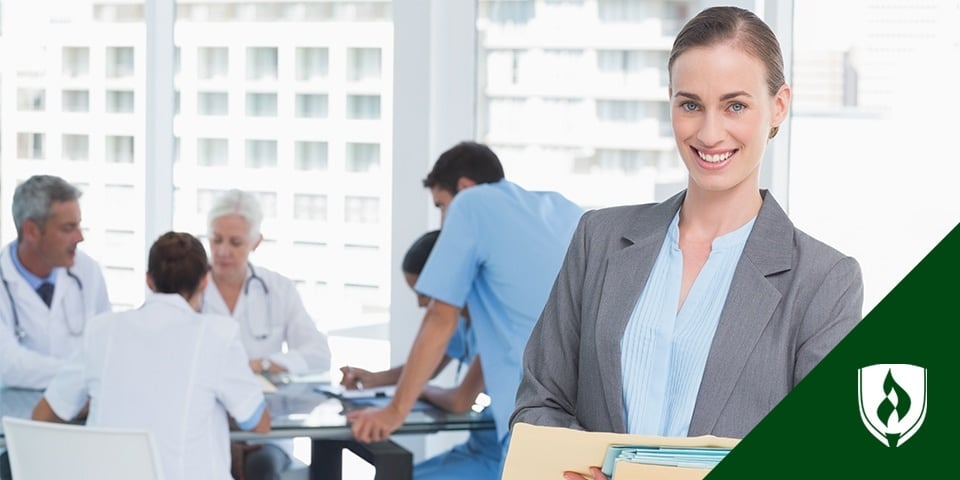 What Is Health Information Management? The Intersection of Health, Business and IT 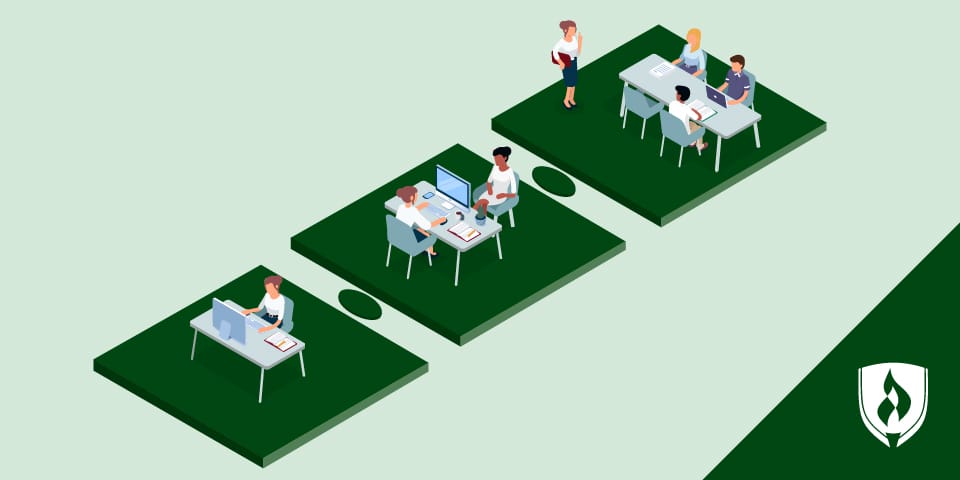 7 Jobs You Can Get With a Health Information Management Degree 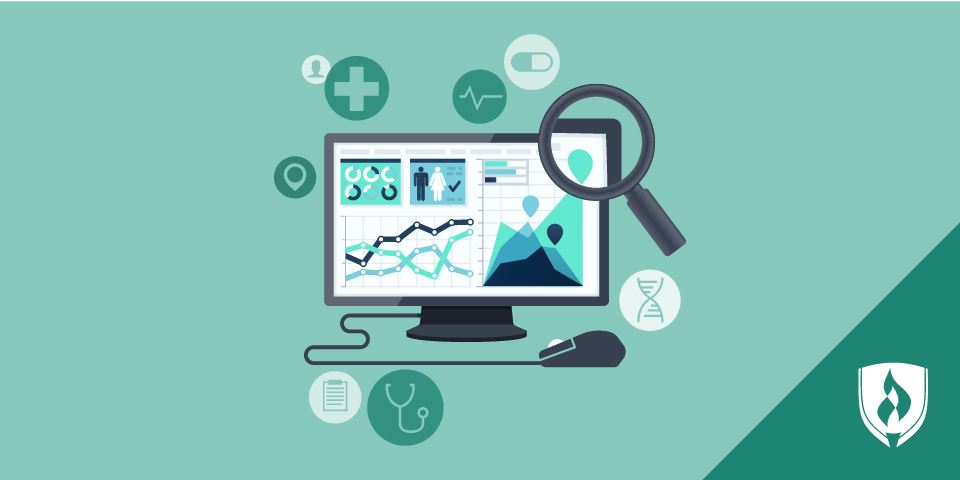