What Healthcare Workers Need to Know About Radiation Effects 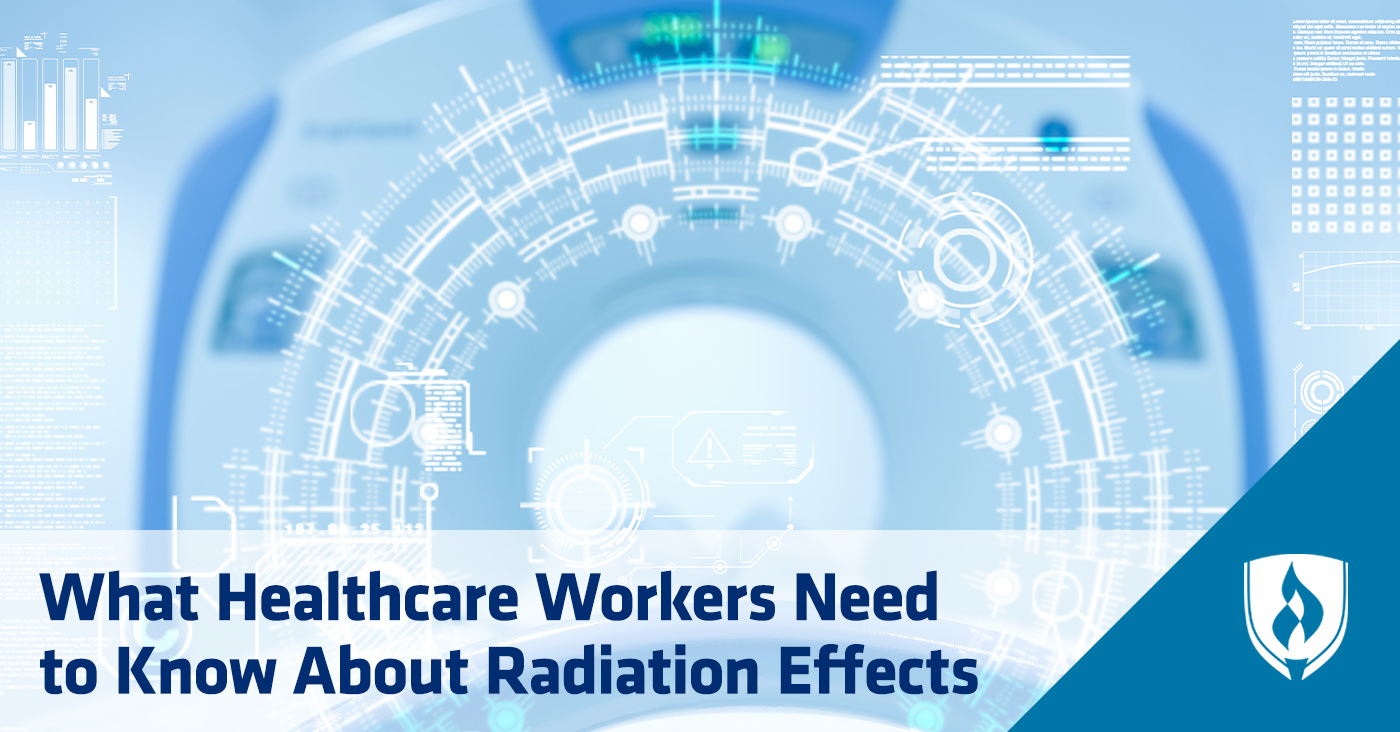 You’ve done the research, weighed your options and you’re sure the healthcare field has everything you’re looking for in a profession. Working in this field has all the perks of a stable and in-demand career, plus the added benefit of knowing you’re making a difference every day you head to work.

But your research has also uncovered some of the hazards of working in a hospital and you’re starting to let worry creep in. One of which risks is being around all of that radiation.

No one wants to sacrifice their well-being for their career. It’s important for anyone considering a job in healthcare to understand the effects of radiation and what the industry is doing to protect its workers.

We’ve done the research and spoken to a radiology expert to get all the answers you’re looking for. Find out the truth about radiation effects and what you can do to stay safe!

We’ve all heard of radiation, but most people don’t really understand what it is. How is radiation used in the healthcare industry, and what effects does it have on healthcare workers?

We’ve gathered all the facts you’ll need to make a well-informed decision about your healthcare career.

People are exposed to radiation far more than they realize. Routine activities like flying in an airplane or even eating a banana expose you to low levels of radiation. Simply walking around on Earth means you’re surrounded by a constant “background” of radiation from natural materials in the environment!

Luckily, we aren’t likely to experience any radiation effects from this low-level exposure. Radiation is simply a form of energy, like light, heat and sound, according to the Health Physics Society.

But the type of radiation used in healthcare is a bit more complex than that. The radiation used in radiology procedures is an emission given off by unstable (or radioactive) atoms that are trying to reach stability. This ionizing radiation is what can eventually cause harmful side effects with enough exposure.

How does radiation work in healthcare?

Radiation is commonly used to produce diagnostic images in healthcare. This includes X-rays, CT scans and mammograms. Not all radiation imaging procedures involve harmful ionizing radiation, though — MRIs and ultrasounds make use of magnetic fields and sound waves instead.

You’ll be relieved to hear that most healthcare workers aren’t exposed to enough radiation to be concerned for their health. But those working in radiology are regularly exposed to low doses of radiation when they obtain patient imagery.

Other healthcare workers who see consistent radiation exposure are dental hygienists, who regularly capture dental X-rays, and interventional radiologists, who are specialized physicians who use radiation inside a patient’s body to provide treatment.

How much radiation is safe?

There’s debate about just how much radiation exposure is safe. Technically any amount of radiation can be harmful. But at very low exposures, the estimated increases in risk are very small, according to the Environmental Protection Agency.

Experts have trouble agreeing how much chronic radiation (that is, low-dose exposure over time) is safe, because the effects of radiation don’t typically make an appearance until years later, and those effects may have actually been caused by other factors. Once they do appear, those radiation effects can include cancer, cataracts, thyroid disease and cardiovascular changes.

Current Occupational Safety and Health Administration (OSHA) standards allow for the following amounts of exposure in a three-month period:

Some providers choose to go beyond OSHA recommendations and follow ALARA instead: as Low as Reasonably Achievable. ALARA assumes that no dose of radiation is safe, so every possible precaution is taken to prevent radiation exposure in healthcare workers.

The bottom line? Even though it is assumed that no radiation exposure is completely risk free, there’s no denying that you’ll lower your chances of radiation effects by taking the necessary precautions.

How are healthcare workers protected from radiation?

Healthcare providers are extremely invested in the safety of their employees and patients when it comes to radiation. We know, according to OSHA, that the degree of exposure depends on a number of factors, such as the amount of radiation, the duration of exposure, the distance from the source and the type of shielding in place.

That’s why these protection measures are recommended to limit healthcare workers’ radiation exposure:

Despite these protections, some amount of radiation exposure will inevitably get through. Healthcare facilities keep a close watch on their employees’ radiation levels with special badges called dosimeters. Employees wear their dosimeters throughout the workday, which measure and record their radiation exposure, according to Dr. Greg Cumberford, Alberta-based dentist.

If an employee nears maximum radiation levels, “she or he would be removed from duties that involve radiation,” Cumberford says. He adds that his team always follows best practices which means they rarely have to deal with this issue.

Now that you know more about radiation and how to minimize exposure, you know that radiation effects don’t have to put a halt to your healthcare career aspirations. If you're seeking a rewarding and stable medical career, don't rule out working in radiology. Learn more about this in-demand field in our article: Examining 5 Commonly Confused Radiology Careers. 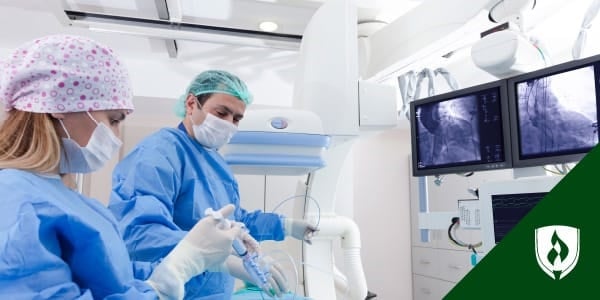 What Is an Interventional Radiology Technologist? A Look Inside This IR Career 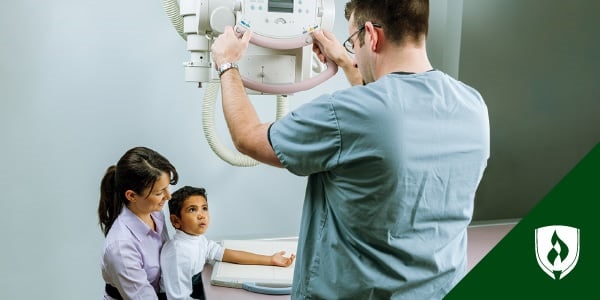 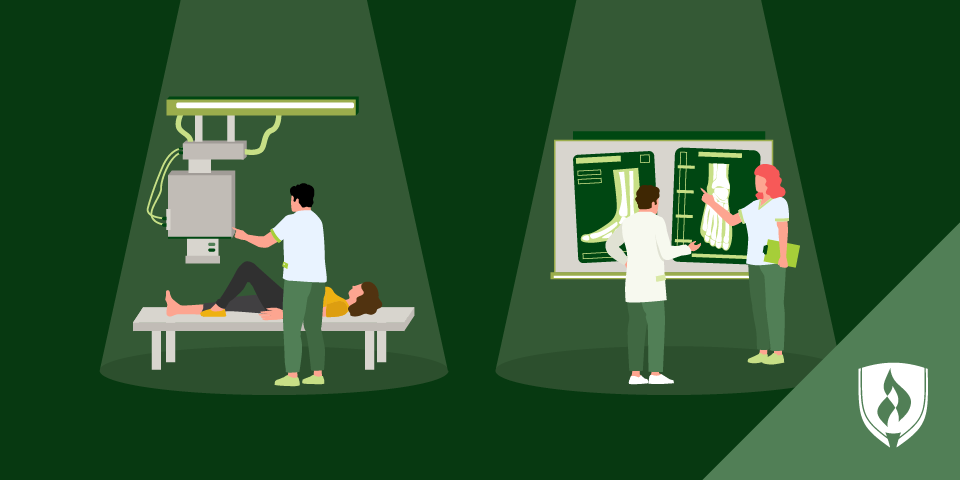 Radiologic Technologist vs. Radiologist: Shedding Light on the Differences 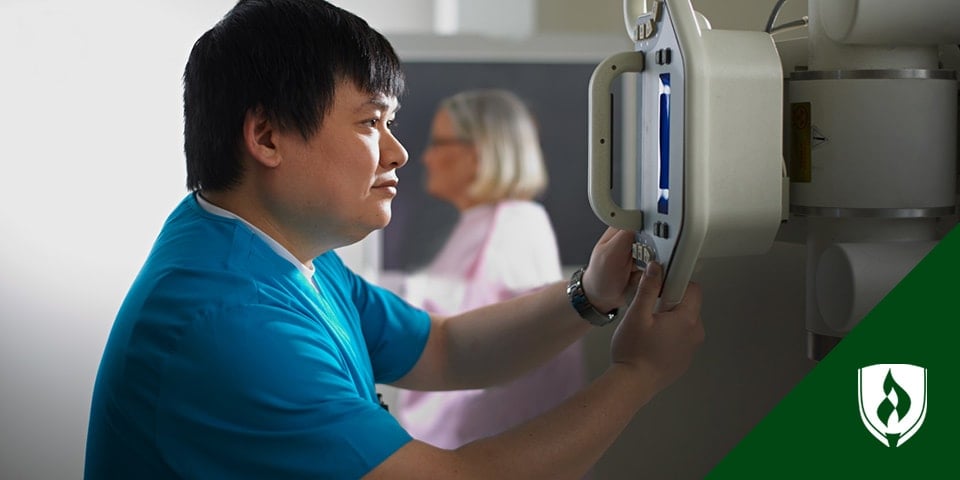 What Does a Radiologic Technologist Do? An Inside Look at the Job