On the Frontlines of the Mental Health Crisis: What is the Role of RNs? 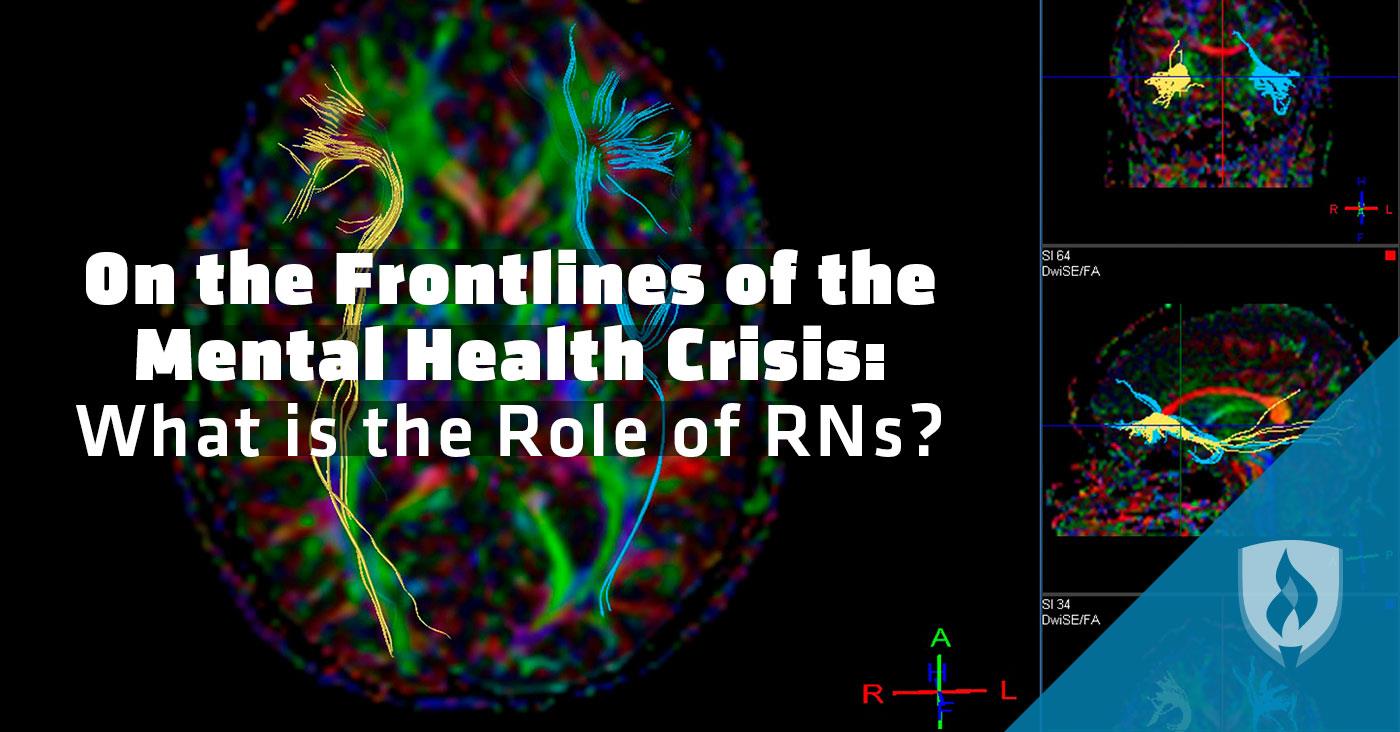 You already know that nurses make a big impact in their patients’ lives—it’s one of the reasons you’ve thought about joining their ranks. What you may not know is that in the face of the mental health crisis, RNs have a more important role than ever before.

An estimated 43.6 million adults in the United States suffered from some form of mental illness in 2014, according to the National Institute of Mental Health. That’s more than 18 percent of the adult population in the US. RNs are often the first point of contact for those struggling with a mental illness, including many who may be unaware they have a mental health issue.

Mental health care is just as important as a patient’s physical health. As an aspiring registered nurse (RN), you want to stay informed on the mental health crisis and what nurses can do to help so you can provide holistic care to all of your patients. This expert advice will give you practical steps for assisting patients with mental health problems.

What is the mental health crisis?

In short, the mental health crisis refers to the broken system of caring for people in the United States suffering from mental illness. One in four Americans will experience a mental illness at some point in their lives, according to a report from the American Psychiatric Nurses Association (APNA). Yet there is a severe lack of mental health services available for those who need it. This lack of care and resources leads many patients suffering from mental illness to end up homeless, in prison or dead.

60 percent of adults with a mental illness go untreated, according to a USA Today report. These untreated patients often find themselves in prison as the result of actions taken because of their mental illness—more than half of all prison and jail inmates in 2006 had a mental health problem (APNA). Others are at risk for committing suicide, with about 90 percent of suicides being related to mental illness.

Not only do mental health patients need to deal with lack of care and resources, they’re also facing the negative social stigmas surrounding mental illness. These stigmas are one of the biggest barriers to mental healthcare. Because much of society prefers to distance itself from those with mental illnesses, patients may deny that they have a problem or refuse to seek medical help out of fear of being labelled “crazy” or being treated differently.

How can you identify patients with mental health needs?

Nurses are uniquely situated to identify patients who may have undiagnosed mental health problems.

“Nurses often spend as much or more time with patients as the MDs do, so they have a great opportunity to draw out complaints, symptoms and watch for signs,” says Dr. Lynne D. Johnson, psychologist at Brief Therapy Center.

The best thing a registered nurse can do to help a patient with a mental health concern is to recognize their need in the first place. Patients may shut down or outright deny having problems if they’re directly questioned about issues like anxiety or depression. Instead, Dr. Johnson recommends asking purposeful questions and listening carefully to the patient’s answers to determine if there may be an underlying mental health concern.

Asking the following questions can open the door to a useful conversation about a patient’s mental health:

Dr. Johnson recommends RNs listen carefully for signs of stress, fear, worry or hopelessness, which could point to more serious issues. Problems with eating or sleeping can also be symptoms of a larger mental health concern.

How can you help mentally ill patients?

RNs can suggest various behavioral changes that may boost a patient’s mood, such as increasing exercise, eating a healthy diet and keeping a gratitude journal, according to Dr. Johnson. These techniques are simple, but they can make a big difference to patients.

“Nurses are becoming more valuable as physician extenders, and if the clinic permits, patients might appreciate a referral,” Johnson says.

In any case, Dr. Johnson says nurses should add their notes and observations about a patient to their electronic health record so the doctor has all the necessary information and can make an informed decision about what’s best for the patient.

Are you ready to make a difference?

There’s no doubt that the mental health system in the United States is in rough shape. As a future RN, you’re in the perfect position to help those suffering from mental illness and do your part to fix the mental health crisis.

That said, mental health issues aren’t the only barriers to keeping our patients healthy. Read more about the importance of transcultural nursing and how a lack of cultural understanding is making an impact on patient outcomes. 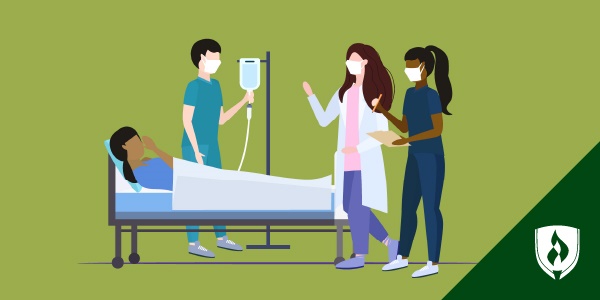 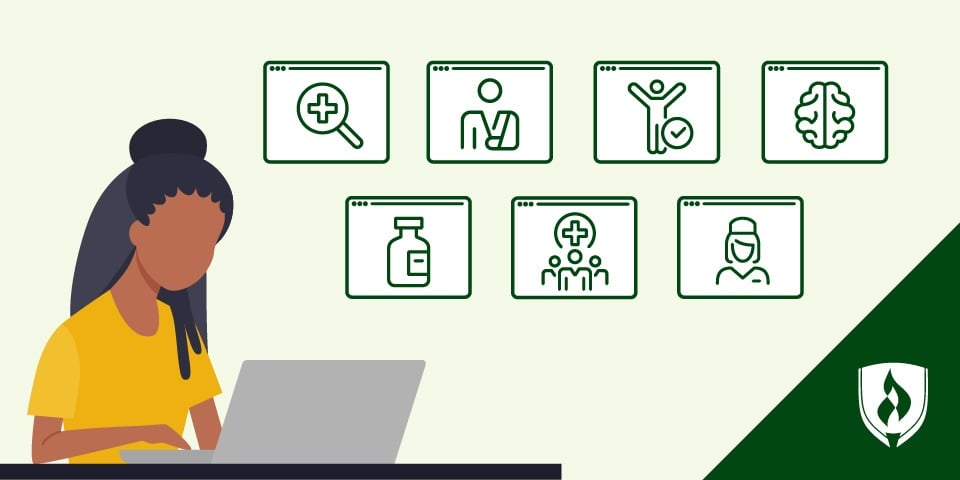 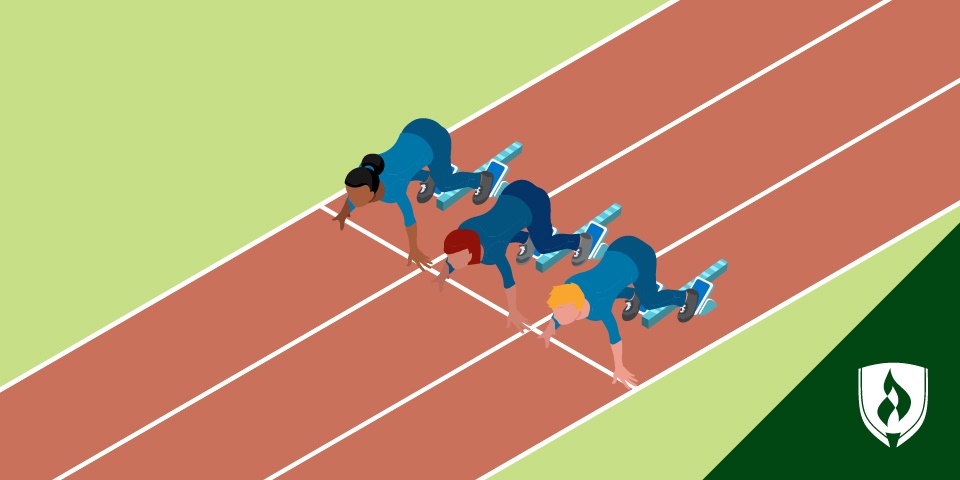 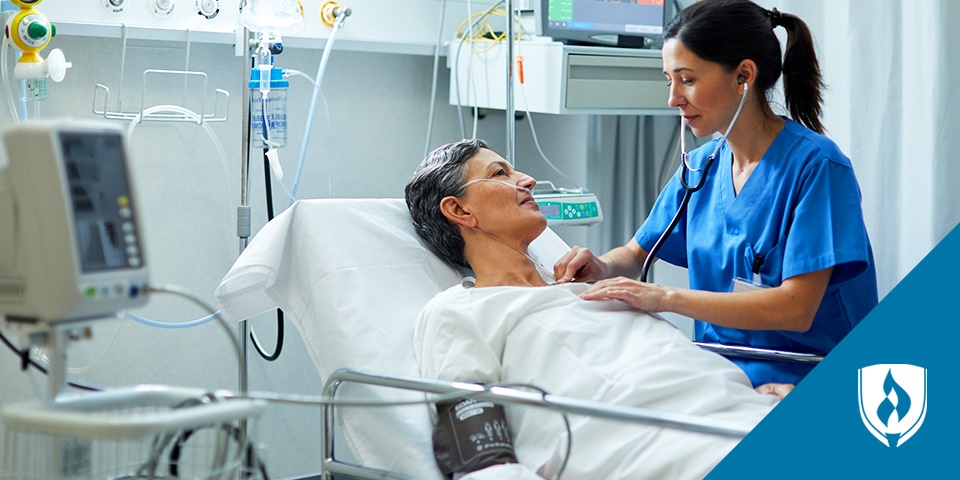