What Is a 5150 Hold? 72-Hour Holds from a Nursing Perspective 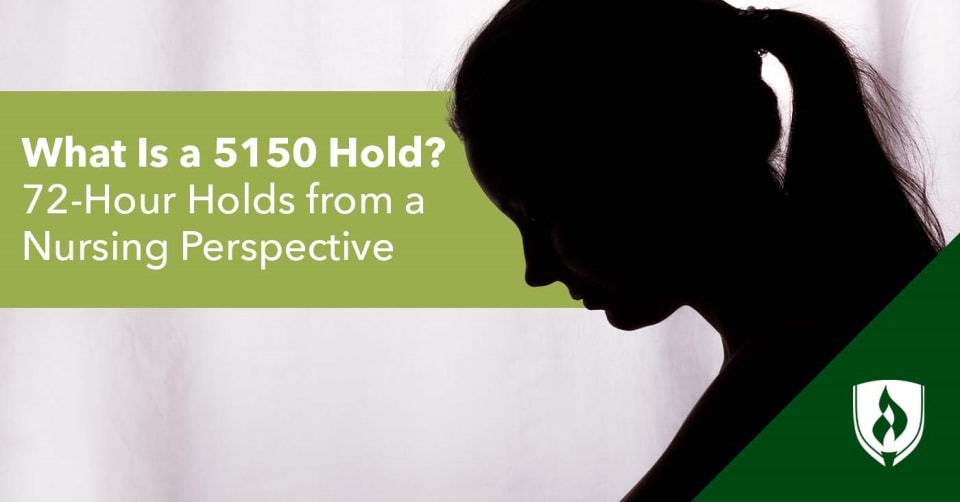 While all these examples may come with more visibly obvious extreme circumstances than you’d encounter in a mental health emergency, there are still times when mental health practitioners need to take extraordinary measures to ensure safety. One such measure is known as a “5150 hold.”

If you’ve followed the Britney Spears conservatorship saga closely, you’ve likely heard about the 5150 hold she was placed on during a tumultuous period in 2008. But what exactly is it? And why is it called that?

The name “5150 hold” originated simply from the section number of a California state law that pertains to the involuntary treatment of “mentally disordered” people. This allows certain professionals to initiate a 72-hour observation period for mentally distressed individuals in approved facilities. These emergency holds are definitely not just for celebrities and happen much more often than what you’ll find in tabloid headlines.

While the “5150” name is California-specific, most states across the U.S. have their own laws regarding involuntary emergency holds for psychiatric patients. Every state sets their own guidelines on the duration of emergency holds, who can initiate an emergency hold and the rights of the patients during the hold. Despite these state-by-state differences, there are still plenty of overarching consistencies regarding these holds. Keep reading and we’ll cover the basics of emergency holds. Plus, you’ll hear from registered nurses on how best to care for patients on these holds.

Who can be placed on an emergency hold?

All 50 states and the District of Columbia allow emergency holds to be placed on anyone who is a danger to themselves or others. While most specify that the danger must be due to mental illness, others do not. Generally, it must be shown that threat is imminent—that the patent has the means and the plan to carry it out.

A few states allow for emergency holds under more unique circumstances. Five states specify that an individual who has recently attempted suicide can be held even if they don’t have current suicidal ideation.

What happens on an emergency hold?

While what happens on an emergency hold depends heavily on what type of treatment the patient needs, there are many consistencies—especially at beginning of a hold. The hold officially begins when the patient is presented with their rights during this period. Again, these will vary by state, but generally allow patients to refuse medical treatment, make phone calls and see an attorney.

Since the purpose of the hold is to keep the individual safe while waiting for the courts to process their case, it allows the patient’s care team and security team to stop them if they try to leave the facility.

Before the patient is transferred from the hospital to a psychiatric facility or can undergo a psychiatric evaluation, they usually start in an emergency department where the staff ensures the person doesn’t have any emergency medical issues that need to be addressed immediately. A drug screening and toxicology report are usually run at the minimum. Though this sounds simple, medical clearance can take several hours depending on how busy the ER is. The patient may also be waiting there until a psychiatric care bed opens up, either in that medical center or at a nearby facility that the patient could be transferred to. Most ERs and psychiatric care floors place patients on video monitoring or one-on-one close observation while they’re on a hold.

How long does an emergency hold last?

This can be more complicated than just counting the hours. While holds can vary from 23 hours to 10 days, 72 hours is a common length. In most states, the length of the hold only includes days that the courts are open, not weekends or holidays.

Though the hold is set to a certain length, the authorizing provider can end the hold when they are finished with the evaluation and treatment. The provider can also extend the involuntary hold to allow enough time for psychiatric treatment. An extension usually requires an informal hearing with a patients’ rights advocate. Other states require hearings more quickly after the initial hold is placed.

What happens after an emergency hold?

Outside of commitment, patients at the end of their holds may pursue medical and mental health treatment in an outpatient setting or an inpatient setting without a hold if they’re willing.

Who can initiate an emergency hold?

Though it does vary by state the following roles can initiate and fully authorize an emergency hold:

Other roles can initiate the hold but need approval from one of the above for full authorization. This initial hold is usually called a transport hold or a peace/health officer emergency hold. For example, a peace officer can take a person into custody to transport them to an emergency department or other treatment facility and initiate the process. There, the officer fills out an application with the reasoning for the hold for the patient’s provider to consider.

Within a hospital, a registered nurse working in the emergency department can place a hold in their authority as a health officer before the authorizing provider has a chance to see the patient. This is usually done if the patient is attempting to leave before the provider has seen the patient.

For nurses caring for patients on an emergency hold

While it’s one thing to understand the intricacies of your state’s emergency hold statutes, it’s quite a different thing to actually care for patients on a hold. We sought advice from experienced nurses on how to best work with patients experiencing severe mental health and behavior issues.

1. Be on guard for physically aggressive or violent behavior

While not all patients on a hold are violent, those who are dealing with new mental illness symptoms or are currently in crisis can become physically aggressive or violent, notes Ron Kraus, MSN, RN, EMT, CEN, ACNS-BC, TCRN, president of the Emergency Nurses Association. Many patients may not agree with diagnoses or the need to be held which can make them more prone to aggression. “Working with a patient being held requires an emergency department nurse to have a greater focus and diligence because the safety of the patient and the emergency department staff is so important,” says Kraus.

Many facilities use an aggression evaluation scale to measure the probability that a patient will become aggressive. While this is a helpful tool, it’s not infallible. That makes it important to continually evaluate your own safety when caring for a patient who may become aggressive. Keep close to the door as much as possible, avoid reaching over the patient for supplies or to perform care, and have a way to call for back-up or security if needed.

Alongside being extra diligent, staff working with a patient on a hold need to create trust between themselves and the patient. Understanding is a key part of creating that trust. “The nurse has to understand the patient is in crisis and help the patient understand you are [a] valuable part of their journey,” says Kraus. He recommends:

Wes Turner, RN, an emergency department nurse, tries to be as upfront and honest as possible with patients on a hold. “Get on their level. Tell them all the steps and things to expect. If you start doing things by surprise, they lose that trust,” he says. Keep in mind that many patients on a hold have never been in this situation before and likely have never been through this process with you so explaining all the next steps is key in helping them feel comfortable and creating trust.

3. Keep in mind the benefit

While caring for patients on a hold can feel intimidating at first, working with patients in need of mental health care can be extremely rewarding. Mental health tends to be a misunderstood and underserved area of medicine, so taking the opportunity to learn more about working with this patient population may benefit you and your career.

Plus, knowing that you’re there for the patient during a vulnerable time in their life is rewarding in itself. “We have the ability to make a difference for that person and their family,” says Kraus.

Put your compassion in action

Mental health patients need nurses with a strong understanding of mental illness and how to best care for them when they’re experiencing crisis. If that sounds like the kind of nurse you want to be, you may want to learn more about what it looks like to work in psychiatric nursing. Read more in our article “Everything You Should Know About Psychiatric Nursing.”

Posted in Master of Science in Nursing 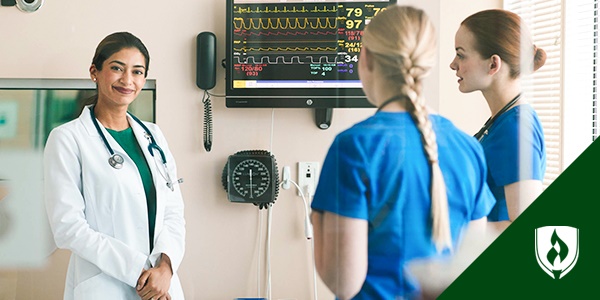 Would I Be a Good Nurse Educator? 7 Qualities You’ll Need to Succeed 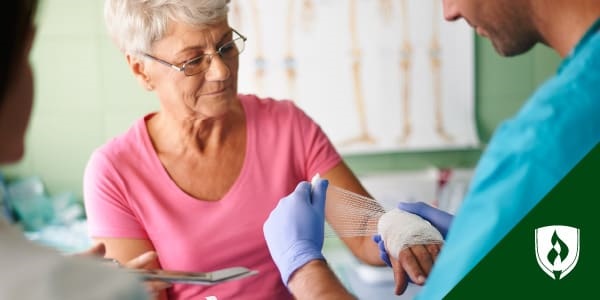 Wound Care Nursing: A Wrap up for New Nurses 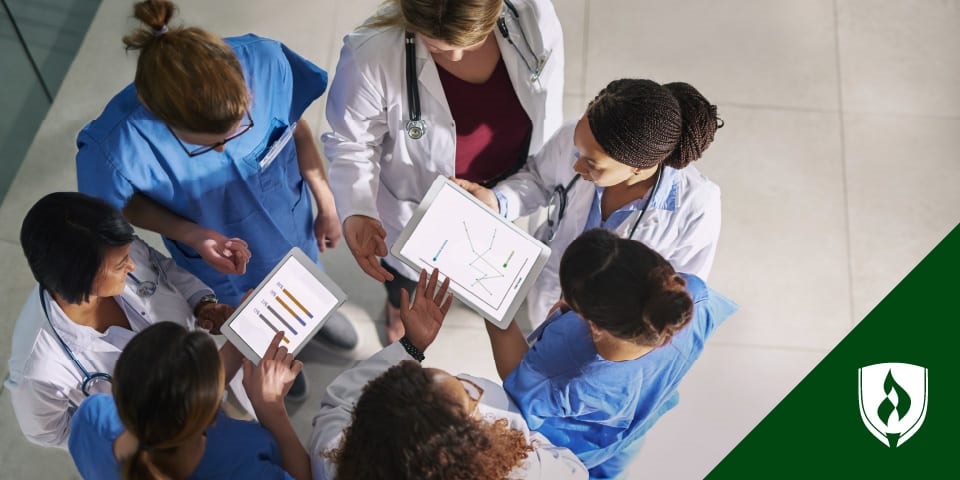 What Is a Clinical Informatics Nurse? Exploring This Data-Driven Nursing Niche 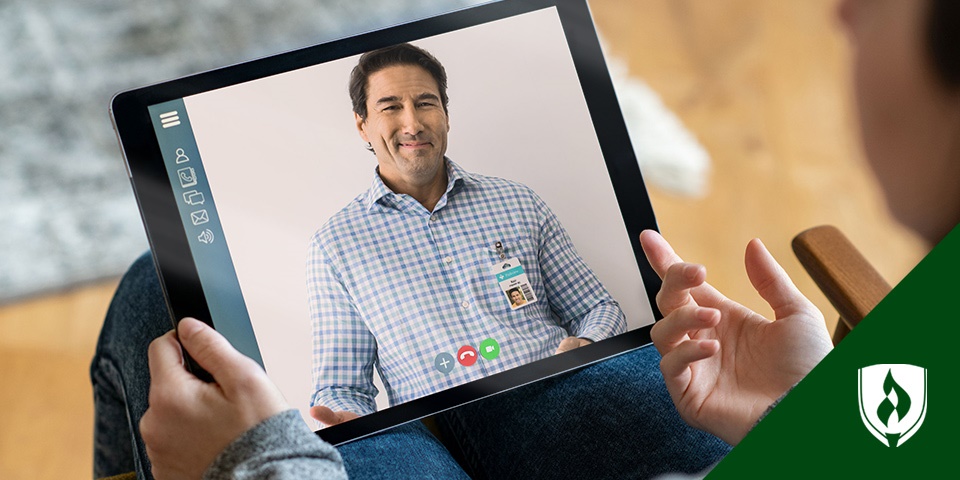 What Does a Psychiatric-Mental Health Nurse Practitioner Do? The Role of a PMHNP Explained