There’s a new craze in the IT world and it has to do with something you may or may not have heard about yet. It’s called the Internet of Things (IoT) and simply put, it encompasses everything that can be connected to the Internet. If it can be considered a “smart” device, it will more than likely fall into the IoT category, according to Elburz Sorkhabi, technical director at nVoid.

The IoT is more than connecting your phone, laptop or tablet to the Internet. When it comes down to it, just about anything manmade can be connected to become part of the IoT.

1. Track down your connected keys

If you are tired of misplacing your keys, then the IoT is of immediate use.  Wireless key locators can be attached to your key ring so that anytime you lose your keys, they can be tracked from your phone or laptop. These wireless locators can also be used to track your wallet or even a pet!

2. Baby onesies connected to the internet

Any parent would appreciate the ability to monitor their little one at all times. This becomes possible with the IoT as special baby onesies are implanted with sensors that measure the infant’s heart rate and body position. Information from the sensor is sent via Bluetooth to the Internet, which can be accessed from your connected smart device.

As it turns out, the growth of the IoT is not limited to home life where it can be utilized for convenience and leisure. The IoT is also making its mark in industry, where equipment connected wirelessly to the Internet can be used to monitor things like radiation levels in nuclear power stations and to detect gas levels and leaks in industrial environments, keeping workers and communities safe.

The IoT allows home owners to remotely monitor their home from work, the grocery store or even while on vacation. Windows, doors and utilities can now incorporate sensors connected to the Internet to alert you when anything out of the ordinary occurs.

If a door or window is opened or if your water starts running unexpectedly, you can know about it immediately through a notification on your phone or email inbox, according to Hunter Willis, co-founder of SharpLink, which specializes in smart home technology. Controlling your thermostat or lights from your smartphone is just the beginning.

Tennis rackets with sensors and Internet connectivity are being produced worldwide, allowing users to track and analyze their ball speed, spin and impact location. Information can be downloaded from the cloud and analyzed for game improvement.

6. Athletic shirts connected to the Net

If you were wondering what you would wear while playing with your “smart” tennis racket, look no further than these specialized athletic shirts that measure your heart rate, movement intensity and energy output. Data gathered from the shirt can be uploaded to the cloud and examined by the user.

If you aren’t a fan of playing tennis, maybe you have been known to frequent the golf course every now and then. Golf have benefited greatly from the IoT. With internet-connected sensors that measure dry zones on the golf courses, selective irrigation can be used to reduce water resources. Examples like this show how automation within the IoT can greatly increase efficiency.

Like something you’d see in a science fiction movie, the Proteus ingestible pill sensor is swallowed by a patient which is then powered by fluids in the stomach. This allows the wireless pill to communicate when medications were taken and the identity of the pill. Information from the pill is then transferred to a patch worn on the skin where it can be analyzed by the patient or doctor.

With heating technology built into roofs and driveways and connected to the Internet, residents in colder climates won’t ever have to worry about breaking their back shoveling. Snow-melting technology which is wirelessly connected to weather sensors can trigger the heating automatically during particular weather events, according to Kyle Stubbs of Warmquest, a company that specializes in these types of systems.

Struggling to find an open parking spot can be beyond frustrating, especially in the busy city. But did you ever think it was possible to connect a parking lot to the Internet? With the use of sensors and mobile apps that are both part of the IoT, drivers can find out immediately which parking lots have available spots, a small example how the IoT is already making daily routines easier and more convenient.

In places around the world where forest fires, earthquakes, landslides, air pollution and other environmental factors are a looming threat, the IoT can make all the difference. Monitoring the soil and air in specific places with sensors makes it possible to relay information as soon as it’s received to individuals who can take preventive action.

Speaking of the future …

Do these Internet of Things examples have you intrigued? As cool as it all sounds, you might be wondering, “What does this have to do with me?”

Well if you if you foresee a future working in information technology (IT), it could have a lot to do with you! Learn more about the Internet of Things and what it means for aspiring IT pros. 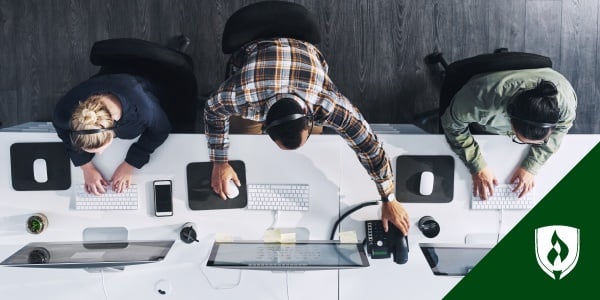 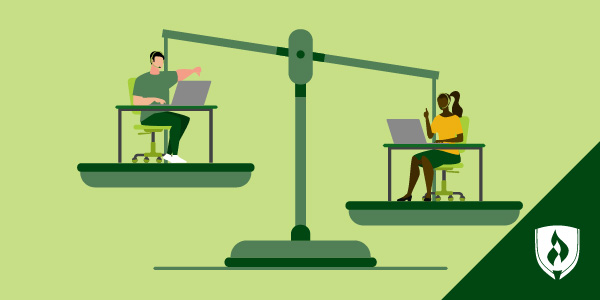 Are IT Help Desk Jobs Worth It? Expert Insight Into These Entry-Level Roles 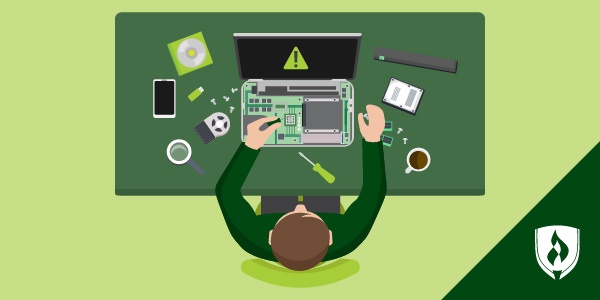 What Is a Desktop Support Technician? Exploring This Key IT Career

What I Wish I Knew Before Working in IT Technical Support