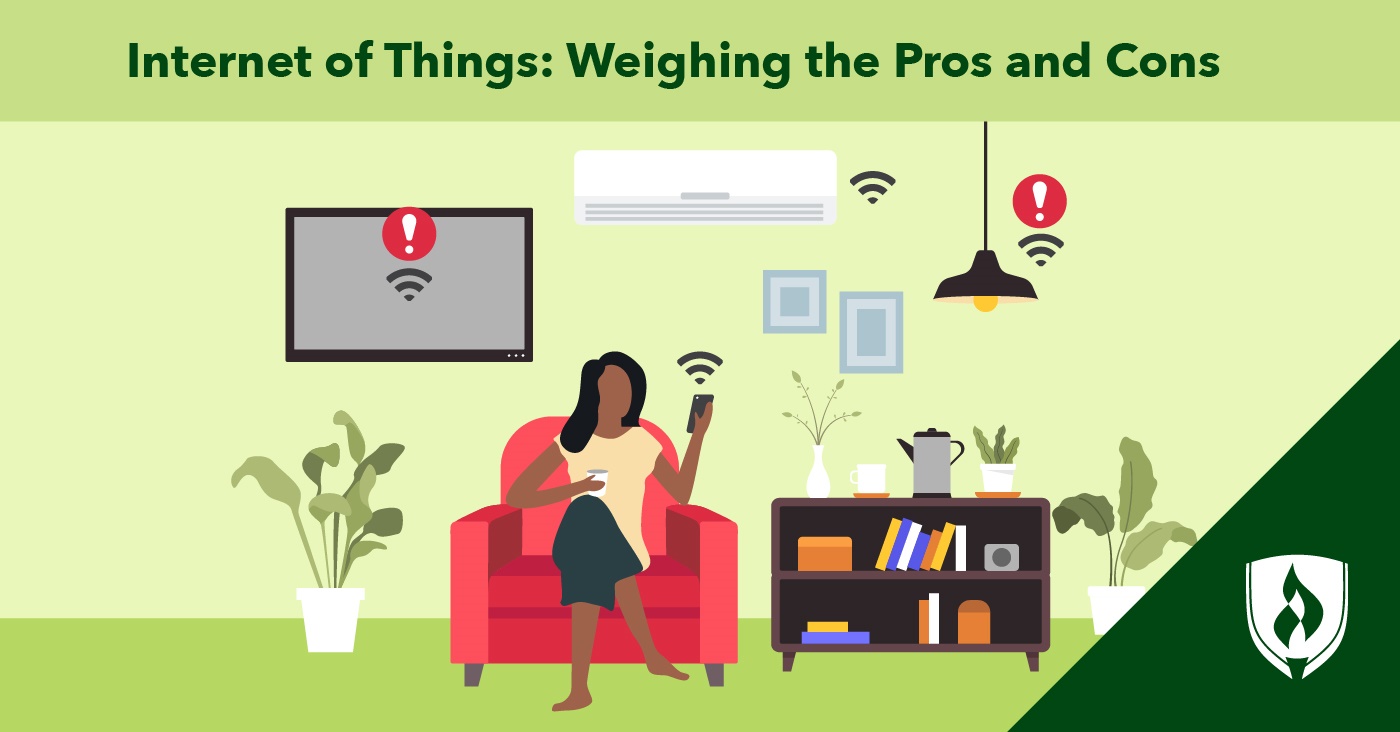 If you are at all interested in technology, you’ve likely been hearing about the internet of things (IoT) for a while now. The IoT is a term for the huge network of devices that connect to each other and the internet. This expands beyond the typical desktop computer or laptops—everything from smart dishwashers to smartphones, gaming systems, watches that monitor your vital signs, vehicles, smart home systems and more make up the internet of things.

The prevalence of this wave of devices and capabilities is massive. In 2021, IoT analytics reported 12.3 billion IoT devices, and that number came in lower than projected due to pandemic conditions.1 The count of IoT devices is growing by the hour. With so many smart devices out there in the world, the power of this field is no trivial matter. So, what are some of the impacts experts have noticed so far? To find out some of the pros and cons of the IoT, we asked technology professionals to weigh in.

The pros and cons of the internet of things

Practically every technology was initially created to make life better in some way. But the impact of a given technology doesn’t always match the intention. As the internet of things grows in both possibility and complexity, professionals in technology are taking note of the pros and cons. But these elements are constantly in flux. People in this field, from designers to manufacturers to cyber security experts, are constantly innovating to improve the advantages and mitigate problems in the IoT.

There are so many potential advantages to specific IoT devices that it would be impossible to list them all here. But for the IoT as a whole, here are some larger benefits to consider.

“I believe the key advantage of smart device connectivity is automated control over numerous operational areas,” says Carl Panepinto, IT specialist at CloudTech24. Panepinto says tons of tasks that used to require manual oversight now require only an IoT device, like inventory management or monitoring machinery parts for replacement. And the increased data also results in more efficiency. “For example, under this strategy, RFID tags and a network of sensors are used to track the position of equipment and items.”

On an individual level, automation can make your life easier as well. Consider the thermostat. Without it, you’d have to manually turn your heater or AC unit on and off multiple times a day if you wanted to maintain a specific temperature range in your home. Thermostats automate that process, saving you time and brain space. Little tasks like heating water, turning lights on and off, locking doors and setting alarm systems can all be automated by IoT devices.

On that note, making processes automatic with IoT devices can be huge for conserving resources. Automated scheduling and monitoring are some of the best things about the internet of things, according to John Li, CTO and co-founder of Fig Loans. “You can automate everything from power management to water use, making our jobs more eco-friendly while we optimize our overhead budgets.”

“My favorite benefit of IoT is the learning paths it unlocks for people who get interested in it,” says Dana Wills, information security consultant for Asteros. Wills explains that IoT devices allow people to get more familiar with the things in their house and how they work. “It’s amazing to see someone install their first few IoT devices at home, and within a month they are nearly expert handymen.”

Even aside from that, the internet of things is also a massive data collector. Information that would have been hard to glean before—like how much energy you are using each month—is now easy to track, according to Wills. You can even break down energy usage by appliance with the IoT. This information can help people understand their home, work and world in new ways.

Data from IoT devices can also be extremely beneficial to society at large. Beyond allowing individuals or companies to gain information, the internet of things also feeds into much larger, essentially crowd-sourced banks of data.

For example, the Apple Watch® is affordable and adopted by a broad range of users, according to Dr. Tom Mustac, senior director of cybersecurity at Mount Sinai Health System. “The watch tirelessly collects data about how we use the technology, our heartbeats, our breathing, our physical movements, our location, etc.”

All this data can help manufacturers and designers create more useful products as well as innovate solutions. “This continuous learning allows for rapid evolution of functionality and products that we all tend to take for granted.”

If you consider what the healthcare industry, for example, could discover with millions of users’ data—sleep pattern studies, research around exercise, etc.—you can see how the internet of things could open up vistas of discovery and advancement that were impossible before.

The internet of things isn’t all rainbows and puppy dogs, of course. There are plenty of hurdles and potential problem areas to resolve as everyone works with these technologies. Additionally, tech experts do have concerns about what the IoT can enable and how that might impact society. Here are some of the potential drawbacks.

All that data pouring in from IoT devices goes somewhere. “There is a tremendous treasure trove of data about us that is outside of our control,” Mustac points out, adding that this data can be misused. Navigating secure and ethical usage of all that data is a huge deal, and it’s now a subject of regulation at the federal level. The debate around how companies should be allowed to access and utilize user data is ongoing.

On top of concerns over what a company can legally do with IoT data they collect, there are also concerns with illegal access.

“The biggest drawback to IoT has been the lack of security in many devices,” Wills says. “Some manufacturers treat security as an afterthought rather than the essential component it is.” She explains that many IoT devices have glaring vulnerabilities like hardcoded passwords and outdated software components that attackers can easily bypass to gain a foothold in your network. With an ever-growing number of internet-enabled devices, it’s easy to see how this can quickly become a massive problem.

These risks can be alleviated with better protocols, according to Therese Schachner, cybersecurity consultant at VPN Brains. She says secure user authentication and data encryption in IoT devices go a long way.

It’s safe to say that companies and consumers alike want to know the devices that can both see and hear in their boardrooms and homes are not streaming to just anyone out there. This makes cybersecurity positions more critical than ever.

The more internet-connected things you have in an environment, the more bandwidth they are going to demand. “As a result, devices on the shared network may experience slower internet speeds,” Schachner says. Since many people are already struggling with the amount of bandwidth they have access to, this can be a serious drawback to IoT implementation.

“The widespread adoption of IoT devices requires networks to be able to support a substantial number of additional connections.”

The bandwidth issue also relates to professionals and the time they may have to spend keeping an eye on IoT devices. While it’s unlikely to be a time-drain for individuals with a few home devices, cyber security professionals could find themselves totally bogged down in logging and monitoring for corporate IoT devices, according to Wills.

The future of the internet of things

All in all, the internet of things is rife with innovation and potential—and the landscape is changing rapidly. “The possibilities for automation are limitless, and we’re still very much in the early phases of putting IoT to work for us,” Wills says. She points out that even “dumb” appliances can get an upgrade with other devices. “And there is more to come. Within the next decade, we’ll have IoT devices involved in automated processes we can’t even imagine right now.”

It’s no surprise to anyone that the demand for IoT security roles like penetration tests have been on the rise, Wills says. “This presents a great opportunity for new information security professionals to carve out a niche for themselves in the industry.”

And the internet of things isn’t the only hot cyber security battleground at the moment. The digital landscape is unfolding in so many different directions at once that companies are scrambling to keep up. Check out “9 Cyber Security Problems Nearly Every Organization Struggles With” to find out why.

Apple Watch is a registered trademark of Apple, Inc. 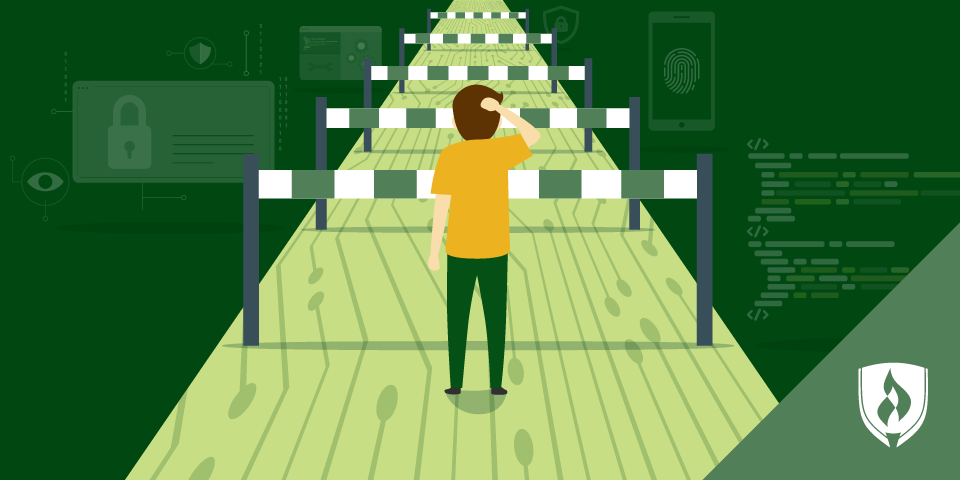 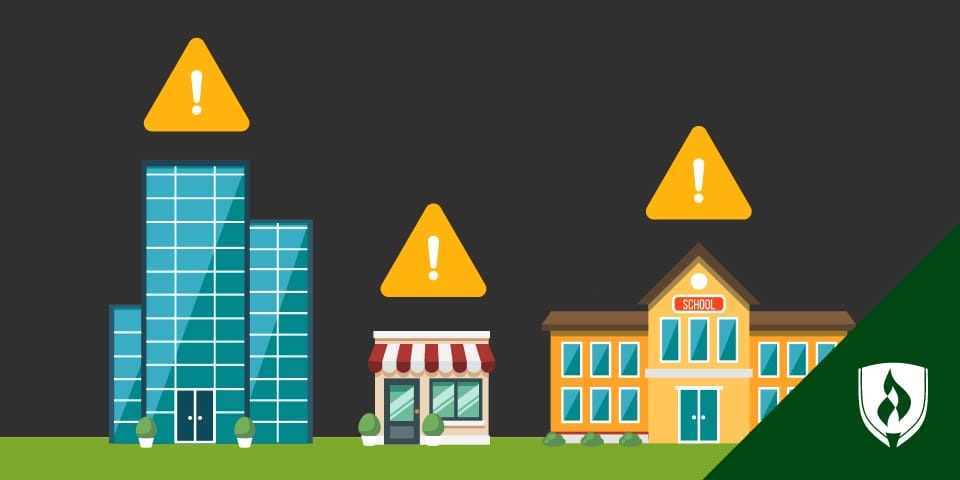 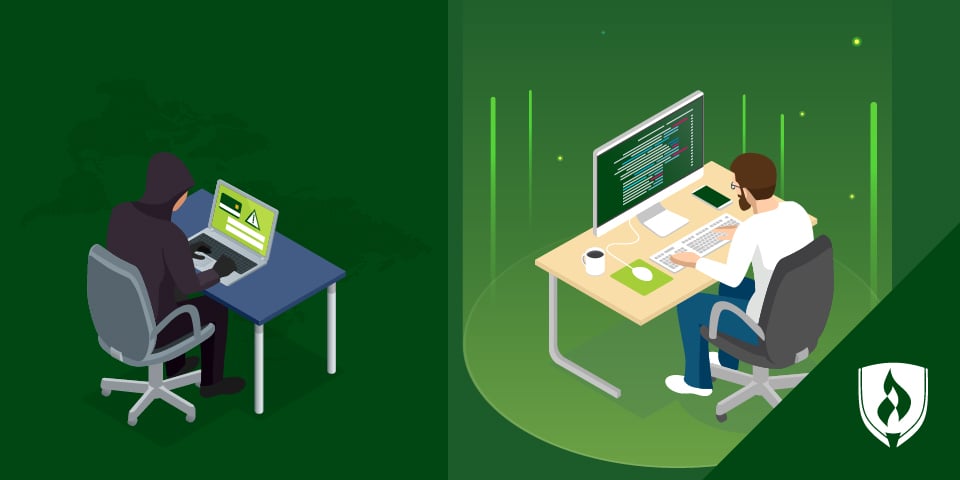 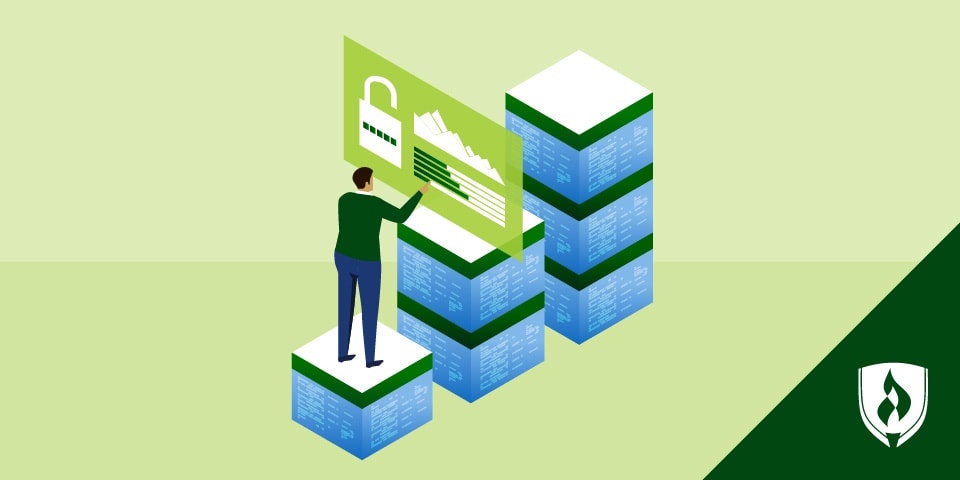 How to Become an Information Security Analyst: Cracking the Code