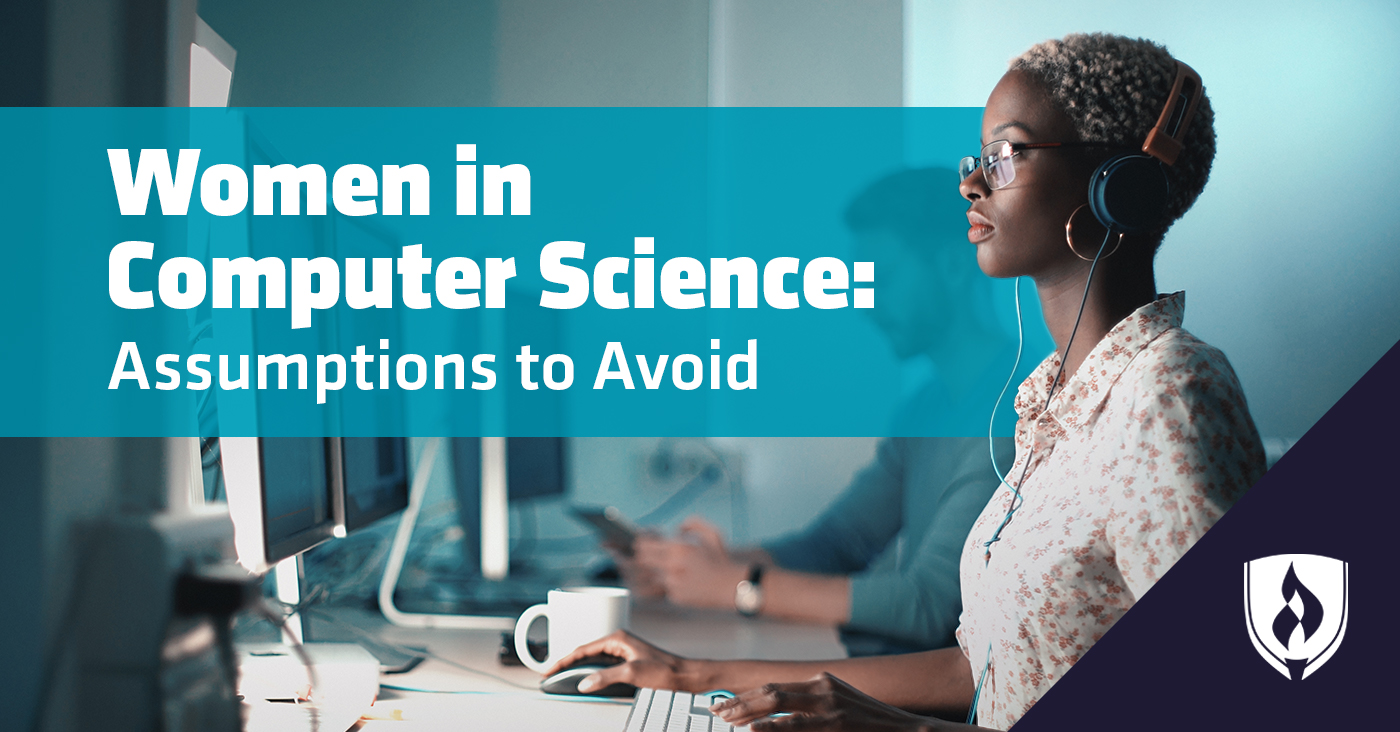 The shortage of women in computer science is no secret. It’s been a hot topic in recent years, with numerous organizations and campaigns rallying to increase the number of women in jobs related to Science, Technology, Engineering and Mathematics (STEM).

But the facts remain.

Though interest and aptitude in STEM courses is about equal for both genders in lower grades, by the time kids hit high school, The National Science Board reports that male students take Engineering, Computer Science and Advanced Placement (AP) Computer Science classes in much larger percentages than female students.

The disparity only widens from there. Less than 20 percent of all Bachelor’s degrees in Computer Science and Engineering are earned by women. The reason for this, according to research published by Frontiers in Psychology, is partially due to social barriers—both real and perceived.

The study argues that many women choose not to pursue Computer Science because they believe stereotypes about the kind of people who work in the field—and don’t see themselves fitting in with those stereotypes. In this way, perceptions can shape career paths.

But STEM careers can be lucrative and full of opportunity. Some reports  indicate the demand for Computer Science graduates is higher than universities can churn them out. Additionally, computer scientists have a hand in creating the very tools that shape society. With more women at the helm of those inventions and decisions, other areas of implicit gender bias might be neutralized.

As you can see, there are more than a few good reasons for women to get into STEM careers. We connected with some prominent female tech professionals to get their views on some of the commonly held beliefs that may be keeping women away from the field.

1. The math is impossibly difficult

This misconception thrives for both genders, but in a society where girls have been historically discouraged from pursuing mathematics as an academic interest, it disproportionately impacts women.

“Super advanced math isn't necessary to be good at computer science,” says Milecia McGregor, founder of Flipped Coding. “The real focus is on logical thinking skills.” McGregor explains that designing algorithms or an architecture depends more on being able to see how the current state is going to affect the next state. While math is definitely still involved, McGregor says many computer scientists don’t need more than college-level algebra to get by.

“The problem is usually that equations get really long or have a lot of different symbols, and it makes things look more complicated than they are,” McGregor says. “As long as someone is willing to take the time to really analyze what's happening logically, they can figure out how to do their calculations without a lot of math knowledge.”

2. The work environment is hostile to women

“Especially today, with the media focused on the lack of women in tech, I think young women might expect a hostile work environment,” says Margaret Groves, founder of Engineered Process Improvement. “Or they at least expect to be a stranger in a strange land.”

Groves says while it’s true that women still stand out in many of the STEM fields, that high level of visibility doesn’t mean the work environment will be hostile. “I remember being 24, on a work trip and calling my mother saying, ‘This is a meeting of 50 people, and I'm the only woman.’ She said, ‘Well, at least they'll remember you!’ and she was right.”

"No one will be able to forget who you are. In business, that's extremely valuable."

Drawing visibility and standing out from the crowd automatically gives you some extra power. “You'll stand out in meetings, in presentations and in projects,” Groves says. “No one will be able to forget who you are. In business, that's extremely valuable.”

This is not to say that women won’t experience any hostility. Groves says the early days of her career were sprinkled with men talking over or ignoring her. “I'd wonder if my whole career would be like that.” But Groves soon realized much of the problem was just with certain individuals.

In these cases, Groves advises everyone to document offensive instances and individuals and recognize that the bias is their issue, not yours. Bias cuts in many directions as well. Groves points out that people of color, and even professionals who are younger than average also face barriers.

“I thought that all technology roles were very numbers-driven and antisocial,” says Jennifer McDermott, consumer advocate at Finder. A common stereotype is that Computer Science majors stay inside on their computers, avoiding other people as much as possible. Another is the idea that computer science-related careers aren’t often depicted as collaborative or full of teamwork. But many of them are exactly that.

If you prefer to work alone, then you can probably find a job situation to suit you. If you love to work with others, then you can find that too. “Now that I have been working in technology for some time, I have met women from all different walks of life, with different personalities, values and cultures, doing a gamut of work accessing a wide range of skills and experience,” McDermott says.

For a better look at what these careers are like, McDermott recommends asking professionals in the field about their jobs. “The people you canvas will give you real insights into and, often times, encouragement for their line of work. It is a highly rewarding industry with plenty of ongoing opportunities I think many women would love.”

“I’ve heard plenty of misconceptions about women in tech. We’re somehow supposed to be isolated or exceptionally nerdy or somehow less feminine because of all the men in the field,” says Dasha Moore, founder of Solodev.

“It has developed this undercurrent where young girls don’t feel like there’s a place for them in technology.” Many stereotypes of people in STEM careers—often reinforced by TV shows and movies—involve men working and gaming. But Moore points out how strange it is to assume that certain hobbies or likes and dislikes automatically come with a love of technology or computer science.

You can be an absolute rock star in a software engineering job and also love being in nature, going dancing, reading literature or gaming. “Accept that we are multitudes. Female technologists can love pink and coding at the same time,” Moore says.

5. Women in STEM careers don’t have time for relationships

“I had a lot of assumptions about the women in computer science before I became one,” McGregor says. “I was one of those people that thought if you went into any STEM field that you wouldn't find a boyfriend.” Women who want to have a family also worry that their plans are incompatible with computer science-related careers.

Part of this assumption might come from female role models in technology who’ve been the subject of criticism, McDermott points out. “The ones that have received a lot of attention, for example, Sheryl Sandberg or Marissa Mayer, have been largely criticized for holding demanding positions while raising a family.” McDermott says this makes young women believe they will have to choose between a STEM career or their personal lives.

"Young girls need to be exposed to more females in tech."

So many women in these fields do have it all, McGregor emphasizes. “These women have the job, the family, the looks and the brains to back it up.” The idea that you have to sacrifice personal relationships or forgo having a family to be a woman in computer science is just mistaken.

It is so important that the perception of women in STEM careers changes, McDermott says. “Young girls need to be exposed to more females in tech, from senior positions down to the [front lines]. We need to normalize women in tech instead of representing their careers as an anomaly.”

Even those who feel confident about their career path can get nervous at the thought of closing out all other options. If you like computer science, but worry that you are limiting your career choices, lay that worry aside. Computer science is much more versatile than people think.

“When you graduate, you'll have more options than most of your friends, and you'll have a skill that can literally take you around the world,” McGregor says. “Everything after graduation will be drastically different than what you experience in college, and when you have a computer science background, you can go anywhere. Companies will almost kill to hire you.”

A Computer Science major gives you a skill set that companies in every industry want. And if you decide to move on from a programming-heavy role, other employers will love your background. “These days with internet-based services pervading all parts of our life, anyone who pursues a tech career has a ton of opportunities in fields such as internet marketing, sales and tech reporting,” says Nirupama Mallavarupu, founder of MobileArq.

We need women in computer science

These commonly held beliefs about the computer science field may be deterring women like you from pursuing promising careers. While there may be a kernel of truth to many of these beliefs, that doesn’t mean women should avoid computer science. By taking on this currently challenging, yet shifting environment, you can set a strong example for other women to pursue and excel in STEM fields.

“Keep asking questions. Keep challenging the status quo,” Moore says. “If this education is what you want, have an unshakable passion for your classes. And remember—you can do it.”

Now that you know the truth about women in computer science, are you more curious about the field? What careers does it lead to? What are the details of these jobs? Get a clearer picture by checking out our article, “What Can You Do with a Computer Science Degree?”

EDITOR'S NOTE: This article was originally published in April 2015. It has since been updated to include information relevant to 2018. 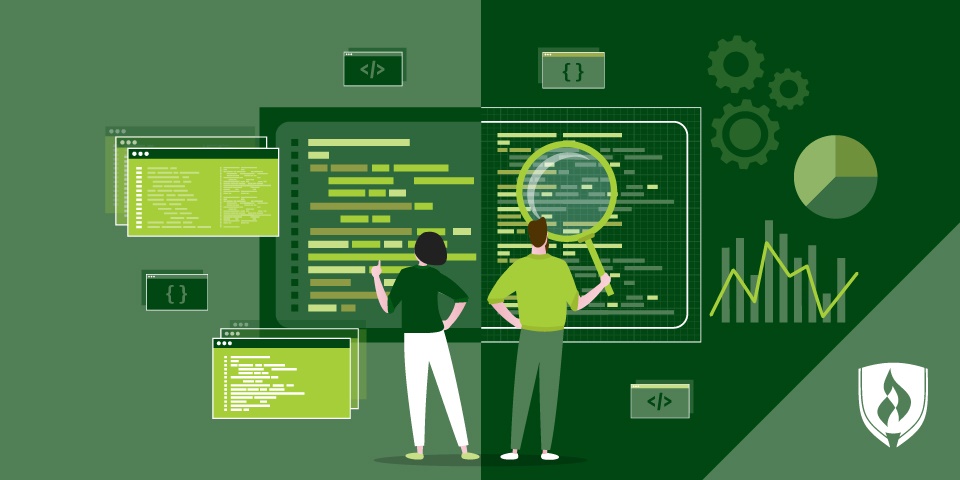 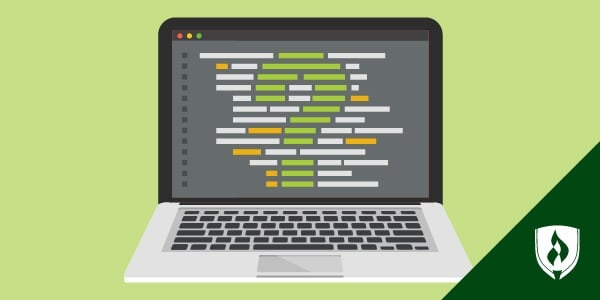 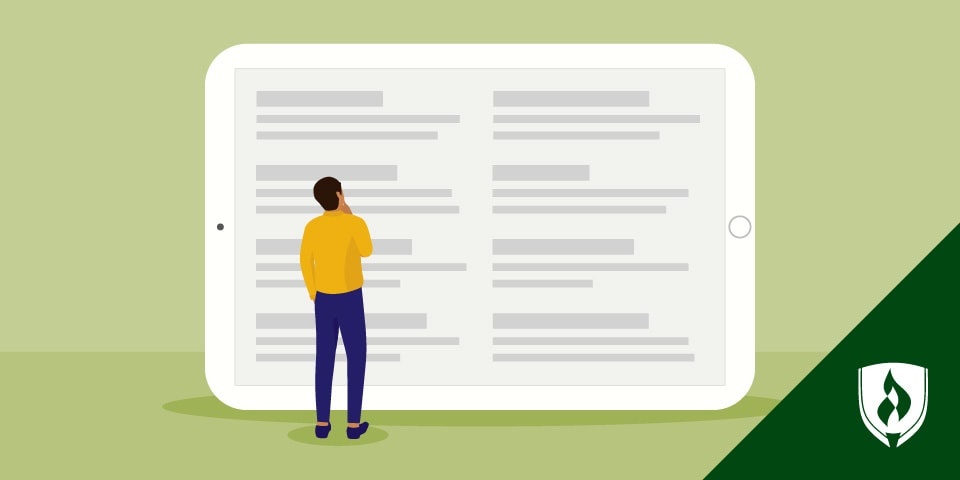 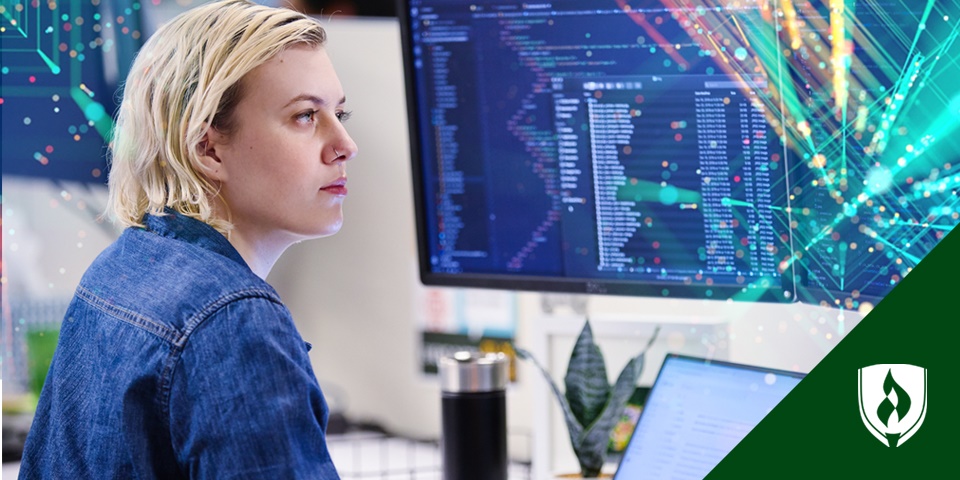