What Are 'People Skills' and Why Do They Matter So Much? 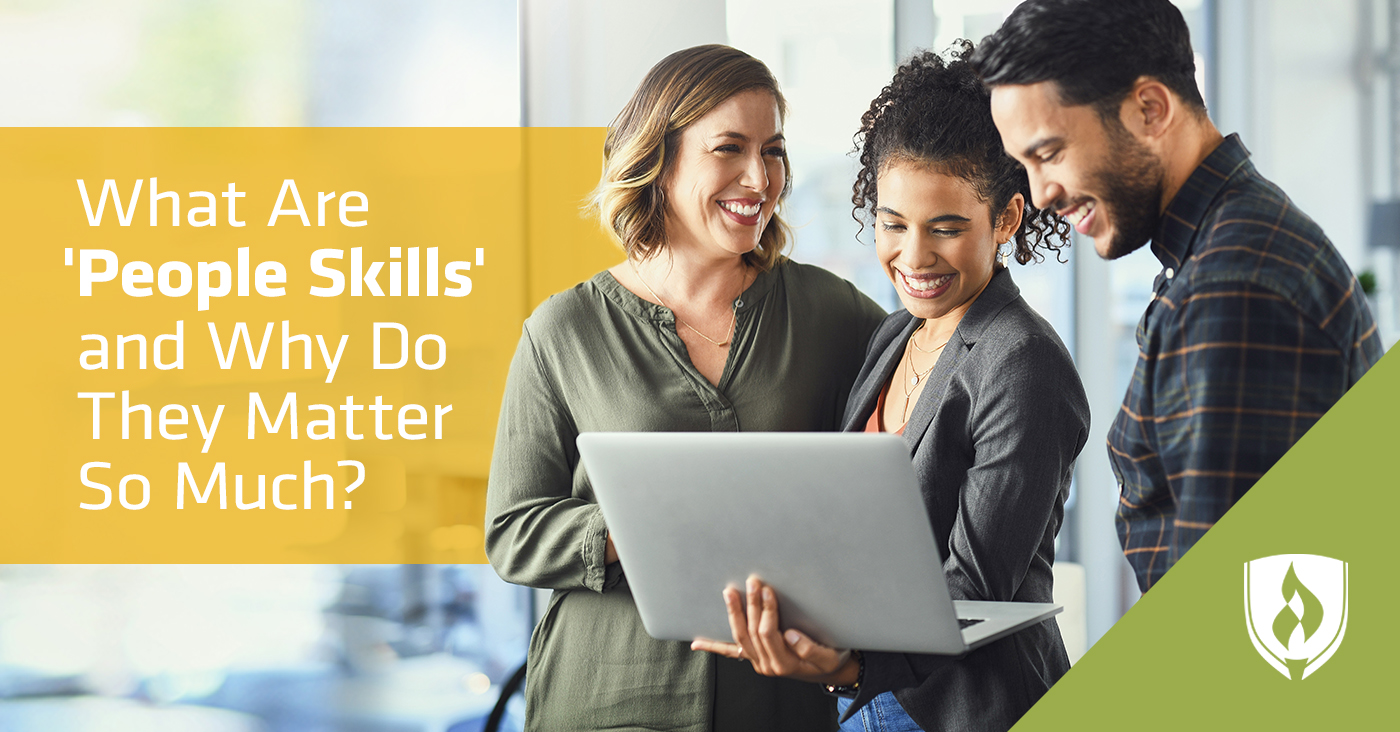 You’ve probably never taken a class on listening or been certified in small talk. As important as these soft skills are, they can be hard to develop when all you’ve been studying is formulas and flashcards. Unfortunately, in the workforce, interacting with others is non-negotiable. Whether it’s the interview, coworkers, or an annual review, you’ll need a little more than just being able to casually chit chat about the weather.

Like anything else, people skills come with practice. It also helps to define what exactly they are. After all, talking to your mom isn’t quite the same as talking to your boss. That’s why we’re here to show you people skills in the business world and why employers regard them so highly. Hint—it’s more than just the pleasant small talk.

What are people skills, anyway?

People skills may seem like a simple term: skills with people. But when it comes to executing a well-balanced conversation at a networking mixer, few things have ever felt more complicated. You can point out who has them, but it’s hard to say exactly why. Is it charisma? Is it clear communication?

Quincy Smith, founder of ESL Authority, puts it this way, “People skills are traits that allow you to interact comfortably with other people.” If that’s the case, then we can trace this term back to its traits. We talked to hiring managers, authors, CEOs, and more to find out what those with good people skills have in common. We made a list of how they handle conversations with confidence, and—more importantly—how you can develop these skills too.

Having good people skills is all about...

1. Being a good listener.

Saying charming things is not a requirement for a good conversation. But listening is. Jen Brown, founder of The Engaging Educator and Fearless WS, says, “If you aren't listening to another person and just talking at them, you're not exercising people skills—you're simply focused on your own needs. That's the opposite of playing well with others.” So, if you’re worried about what to say, try asking a couple of questions and really listen. As tempting as it is, don’t think too much about what you’re going to say next, the lint on their jacket, or what you might have for dinner.

“The more you listen, the more you'll be able to ask questions about things you've heard, showing curiosity and connecting with the person you're talking to.”

Have you ever had a conversation with someone who forgot to blink or breathe or show that they were listening in any way? A huge part of communication is body language. If you want people to feel comfortable around you, be mindful of what nonverbal messages you’re sending. Are your shoulders tense? You may appear on edge. Are you glancing around a lot? You may look unengaged.

Having soft eye contact, nodding in recognition, gesturing, and giving the right amount of space are all good ways to communicate that you are present and involved. Being aware of your body and its surroundings can also be very grounding, taking your mind off of any anxiety.

You could be the most put-together person in the room, but if you're putting on a front, you won't get very far. People can tell the difference between real and fake, so don't be afraid to be different. You don't have to be a comedian or a movie star to be confident. You may still have to step out of your comfort zone, but don't forsake your personality in the process. As Maksym Babych CEO of SpdLoad says, “The most important human skill is sincerity.”

4. Being able to laugh at yourself.

Let’s face it: talking to people can be scary. There is nothing worse than responding to a perfectly normal “How are you today?” with deer-in-the-headlights silence as you fumble for the right words—or worse—an incoherent response that goes on a little too long. When you’re so worried about saying or doing the wrong thing, it’s almost impossible to focus on having a pleasant conversation.

One way to help relieve some of that anxiety is to admit that awkwardness is a part of life. This won’t be the last time you mishear someone or draw a blank, but that doesn’t have to hold you back. Being able to laugh off the silly mistakes that happen can help you feel more comfortable. It can also make you more relatable. So long as you’re not putting yourself down constantly, a little humor can go a long way.

Having good people skills shows employers that you can…

Whether you’re trying to come up with an advertising campaign or solve a software glitch, most industries require teamwork, and many rely on it. If you cannot get to know others or let them get to know you, it is impossible to build relationships—the backbone of a team.

Nate Masterson, HR manager for Maple Holistics, explains, “Strong interpersonal relationships stimulate trust and respect from other coworkers and will remind the team you are all rooting for the same goal.” If you can listen and engage, you will be able to contribute more effectively—a valuable skill to any employer.

Employers want to know that you will build connections at their company and be invested in your coworkers. Stopping to chat at the coffee pot may seem trivial but can go a long way to affecting team morale.

Darko Jacimovic, co-founder of What To Become, reveals how even small acts of connection can affect an entire company. “[Those] equipped with people skills contribute to a stimulating, friendly atmosphere, which is essential for employee retention. Consequently, employee retention makes a stable company.” In other words, connecting with your coworkers is good for both you and your employer. Jacimovic concludes that it is “the invisible glue that keeps the company healthy.”

Being a leader is not about being the loudest or even the most articulate. Janil Jean, owner of the blog Motivation Matter, argues that an empathetic leader who actively listens “wields more followers and gets tasks done readily as compared to one who keeps a distance.”

Part of interacting with people is getting to know their talents and passions. As a leader, this is crucial for helping employees do their best work. Even if you’re not a leader by title, you can still contribute by reaching out and encouraging others to pursue what they’re excited about.

If getting along with people was always easy, it wouldn’t require skills. In truth, it sometimes requires patience and understanding. With good people skills, employers know that you can receive feedback graciously and not let it corrupt your relationships in the office. The same can be said for giving feedback.

This is what Nina LaRosa, marketing director at Moxie Media, had to say: “With the right people skills, you can avoid or resolve interpersonal conflicts. At work, this means you can engage in difficult conversations, such as underperformance or performance issues, and work toward an effective resolution.”

Let your skills do the talking

No matter what field you go into—if you’re a nurse, an IT manager, or a graphic designer—good people skills will serve you well. After all, the business world is just people, people trying to work together to make something useful. So, confidently introduce yourself, shake hands, listen well and laugh it off.

If you have more questions about preparing for the workforce, check out our article, “Why Is Professionalism Important? Expert Insight for Recent Graduates.” 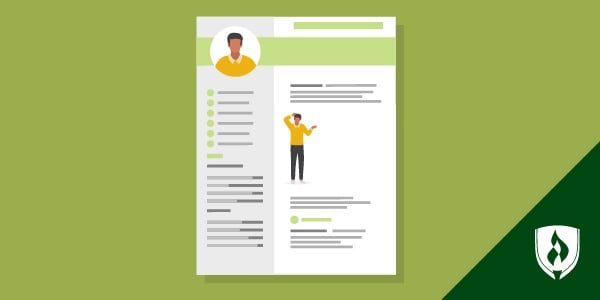 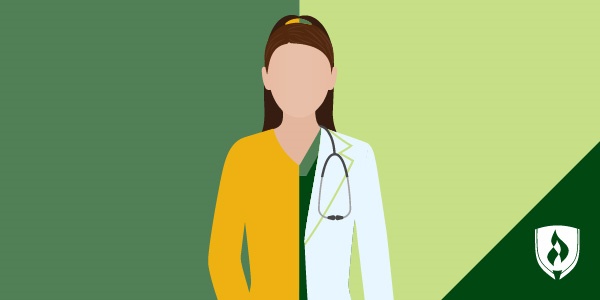 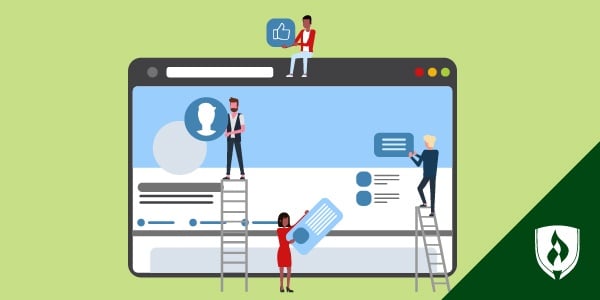