Juliana Orrico graduated from the Rasmussen College Romeoville campus in December 2019 with her Associate’s degree in Professional Nursing. She was excited to pass her boards on her first attempt the following month.

Juliana says she wanted a rewarding and challenging career with the opportunity to expand her knowledge through ongoing education. Juliana was inspired to be a nurse by her father. He was diagnosed with colon cancer in 2013 and passed away four months later.

“Even though my dad passed away four months after his diagnosis, the impact he made in my life and his strength and humility made me realize how delicate and brief life can be,” said Juliana. “I also learned that the most important things are not how much money you have in the bank or other luxuries in life when the end is near. The most amazing feeling is knowing that you can be the hand that helps, the shoulder they lean on and the hug that brings peace.”

Juliana has always had a passion for helping others and, not even two months after passing her boards, had the opportunity to showcase that passion, unexpectedly, more than ten-thousand feet in the sky. 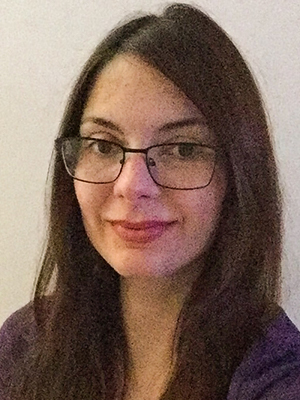 On March 16, 2020, during a 12-hour transatlantic flight to Brazil, a 35-year old female passenger suddenly became very sick and started to experience seizures. Juliana and another passenger—an orthodontist—promptly started first aid with the supplies provided by a flight attendant.

Juliana noticed her oxygen saturation was low and quickly delivered oxygen though a nose cannula. Since her blood pressure was dropping, Juliana started an IV to deliver bolus rapidly. Juliana and her orthodontist partner were able to assess and stabilize the patient and wait for the arrival of the aircraft.

Juliana acted in a very unprecedented emergency situation, saving the life of another human being. Her goal was to empower and make an impact on as many lives as she could, and that day was the first of many for Juliana.

“This was my first real act as a ‘registered nurse’ since getting my license to practice,” recalled Juliana. “I am thankful for the knowledge I have acquired during the incredible 15 months of lectures and training the College provided me.”

Juliana hoped for a fulfilling career in healthcare with the ability to give patients the best experience possible and address their individual needs. Today, she is a dedicated and hardworking nurse.

“I can only thank the wonderful professors and all the staff at Rasmussen College for giving me the opportunity and the competence to act with confidence and courage as a new nurse. Thank you for leading the way and being a part of this beautiful journey with me.”

To Juliana and to all healthcare heroes, thank you for dedicating your time, emotion and energy to keeping the community around you safe and healthy.

Jacquie is a fractional content writer for Collegis Education from Beehive Strategic Communication. She enjoys researching and writing on behalf of Rasmussen University. She understands the power of communication and storytelling in education and hopes readers are inspired by her stories.