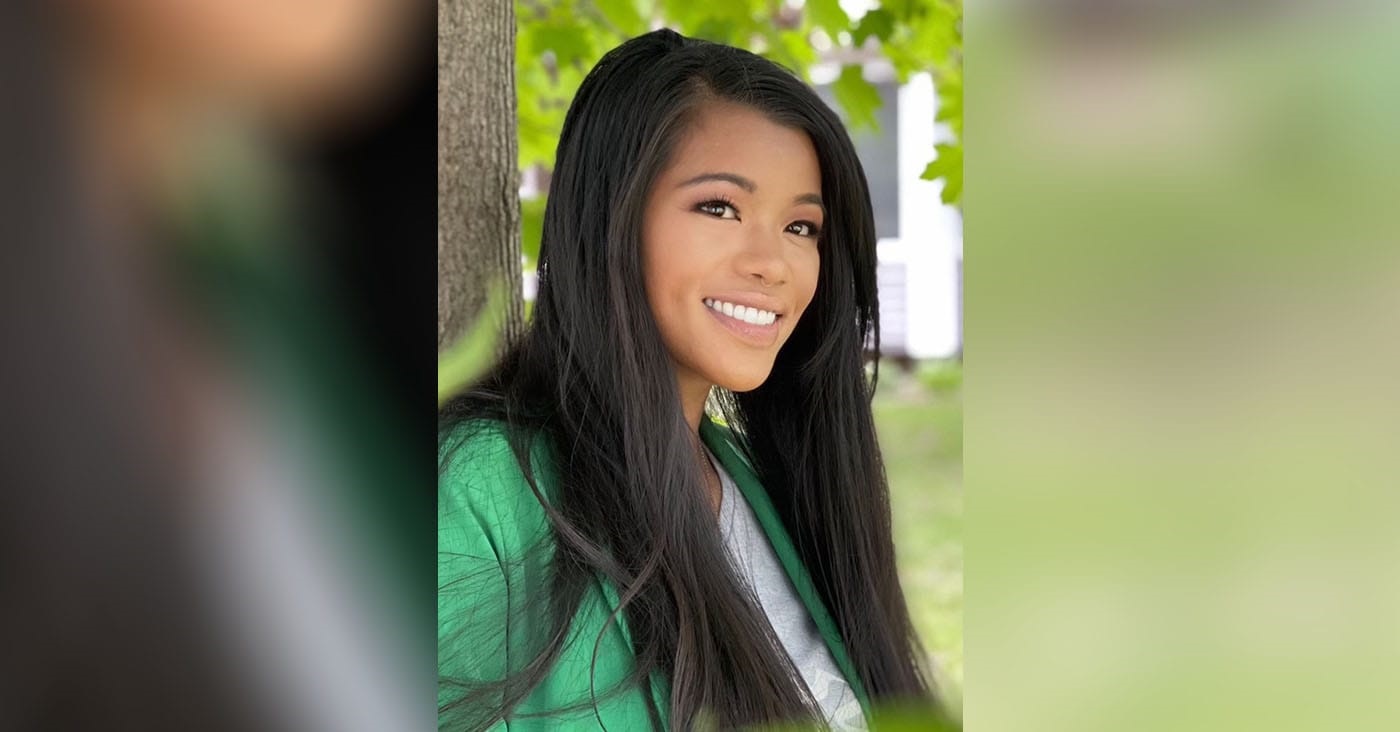 Born in Vietnam, Thuba Nguyen spent six months of her infancy in a refugee camp in the Philippines before coming to Sioux Falls, South Dakota, in the United States and having to learn English as a second language. After graduating high school, she wasn’t sure what she wanted to do next.

She moved from South Dakota to Eagan, Minnesota, with her sister who was attending culinary school there. Thuba decided she wanted to further her education, so she did some research and found Rasmussen University. She was intrigued by the easy application process; everyone was very helpful, she says, and it seemed like a strong fit. She enrolled in the Early Childhood Education (ECE) program, where she received her Associate’s degree in ECE with a specialization in Special Needs, and a Bachelor’s degree in ECE Leadership. During her time there, she met Regina Jackson, an instructor of hers who has been her mentor ever since.

Thuba became interested in ECE thanks to her third-grade teacher and her elementary art teacher. Their passion for teaching young children truly is the cornerstone of her career. They encouraged her to feel empowered by her Vietnamese culture and to take pride in being authentic. They made their classrooms feel inclusive, culturally diverse and welcoming to all students. She elaborates, “I was an ESL (English as a second language) student trying to acquire a new language in a world so foreign to me. My teachers fostered an early learning environment that promotes the beauty in diversity and the need to uplift all children no matter their race, socioeconomic status, gender or capabilities.”

Her Time at Rasmussen

Thuba appreciated the opportunities she received as a student in the ECE program at Rasmussen University. “The partnerships with local childhood centers made it easy to find student-teaching opportunities and was my first exposure to the field, which was very helpful for the retention and implementation—from learning the material, to implementing it into the classroom setting.”

Regina Jackson was one of Thuba’s biggest encouragers throughout her time at Rasmussen, she says. “Not only what she does in the field is amazing, but representation of having more African-American and Black and Indigenous people of color (BIPOC) individuals in the higher positions especially in higher education, was really good for me to see, being a female person of color in the industry.”

Regina helped her during her time at Rasmussen, as well as after graduation when it came to looking for positions. But overall, her biggest supporter was her father. “He was always there to let me know that what I was doing is what I was made to do, and he constantly was cheering me on,” she says.

Some of her proudest moments while at Rasmussen were being featured in a marketing campaign for the ECE program that ended up on two billboards, and as a panelist in the Early Childhood Education Leadership Summit in 2014 where she got to meet many ECE professionals. 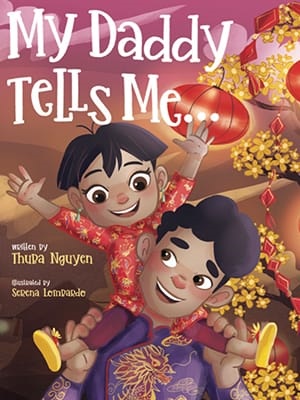 In November of 2020, Thuba had a deep reflection on “the social climate of today, especially for the Asian, Asian-American and BIPOC communities and bi-racial families.” This brought her to wonder: how did we get here?” She says, “It brought me back to different ECE theories, brain development, child development and complexities around those. Then thinking more micro, about my family and the dynamic between my father and I, and how impactful it would be for the youngest citizens at such an impressionable time. We must be extremely careful with what they see, what they hear, how they feel, etc.” Thuba has always had a niche for the arts and writing. So when it came to writing a book, it was just marrying those two passions, along with her love for children. She wanted the book to speak to the father–daughter dynamic along with emphasizing all the different dynamics like multiculturalism, cultural preservation, family employment, and other subjects that can be skimmed over in the media or avoided. This was her way of being able to bring it down to a medium that touches the youngest and most impressionable citizens in our learning community.

Inspiration behind her book

Her inspiration behind the story was her father. “He has always been present and always provided me a sense of warmth. There are stigmas in the Asian parenting community that daughters are seen as less than a son, which led me to writing about a father who gives his daughter positive affirmations every day. Hopefully, father’s will take note and be more intentional with their own affirmations to their daughters.” 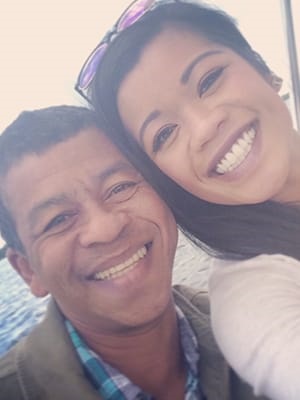 Many of Thuba’s early childhood experiences made their way into her story as well. She says, “The autobiographical perspective of being born in Vietnam to a biracial father post-Vietnam war is a narrative that is overlooked in our communities. Most people think of post-war famine, but the lost children are something that is very overlooked. American soldiers left children in another country.” Thuba was born in Vietnam, then raised in the refugee camps in the Philippines for six months, all while under the age of one, before coming to the United States.

“When thinking of most infants in America, there is security from birth, whereas in the language of the book, I didn’t have that. Trying to assimilate in school, with friends, and trying to be and look like everyone else. I grew up in Sioux Falls, South Dakota, where my idols were Britney Spears and Christina Aguilera, wishing I was white and had blonde hair like them, but it isn’t possible, and being so young, I didn’t understand that. Which is why I put some of those themes in the book because I think they are very important to convey,” Thuba explains. “I wanted to get across the importance of a father–daughter bond, and the impact it has on the longevity and lifespan of a child.”

Her Hopes and Advice to Childcare Programs

Thuba hopes that her book brings families closer together, and brings a period of reflection, whether it be self-reflection or reflection on the community. “I would love everyone to continually uplift each other, especially keeping a keen eye on the young girls of color, and [their] perception of themselves. I hope within society that we can build a support system and a network for all young children, families and communities, and create a better generation and future for our children.” Thuba also hopes fathers will “be present, physically, mentally and emotionally, to let their daughters know that they will always be there for them and that no matter what they are loved.”

The advice that Thuba would give early childhood programs and centers is to reflect on the children they serve, because “when we talk about representation, it only matters if the person representing the group is truly an advocate for them. Teachers must think about what type of message their classrooms want to convey to young children and their families. It’s not enough to buy the books or put up posters to give the illusion of a culturally inclusive classroom, but to truly understand the intentionality behind why they are buying certain materials and how it will benefit the children and the families they work with.”

Thuba elaborates: “There is a significant gap in the educational opportunities for young children of color and minority compared to their white peers. Early childhood is the most important stage of a child’s development, therefore early child educators and childcare programs alike need to prioritize the need to provide BIPOC children equity for high-quality care and education.”

Graduates of Early Childhood Education programs at Rasmussen University are not eligible for licensure as a teacher in an elementary or secondary school. A Bachelor’s degree and a state teaching license are typically required to work as a teacher in a public school and some private school settings. States, municipalities, districts or individual schools may have more stringent licensing requirements. Students must determine the licensure requirements in the state and school in which they intend to work.
Childcare facilities and the states in which they are located establish qualifications for staff who work with children and often implement guidelines regarding age, education, experience and professional development. Students must determine the licensure requirements for the state and facilities in which they work.
This program has not been approved by any state professional licensing body, and this program is not intended to lead to any state-issued professional license. For further information on professional licensing requirements, please contact the appropriate board or agency in your state of residence.