What Is the Creative Economy? The True Impact of a Career in the Arts 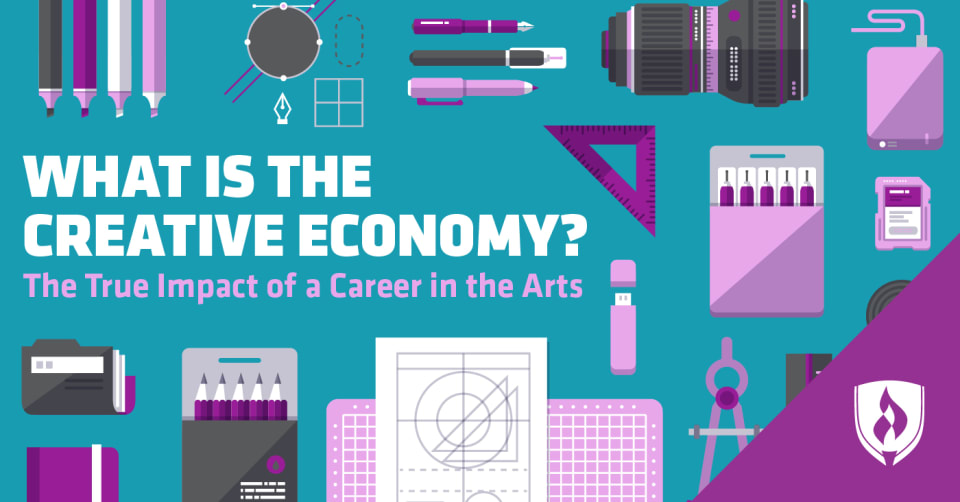 When people asked what you wanted to be when you grew up, your childhood answer was always something in the creative vein: a designer, a writer or maybe even a musician. Chasing creative dreams is cute for a kid, but now that you need to earn a livelihood, everyone seems to expect you to go into what they see as more of a practical career.

Try as you might, you just can’t get excited about a career in accounting, healthcare or any other buttoned-up industry. You’ve heard talk about the creative economy, a phrase that makes your ears perk up. Is it possible that you can pursue a creative career without fulfilling the stereotype of a “starving artist”?

Despite what some might say, creative careers can provide a stable, secure income that won’t leave you wondering where your next bowl of Ramen is coming from. In fact, these careers are part of a driving economic force that’s making waves across the job market both in the U.S. and around the world.

Don’t get caught believing negative myths about creative work. Instead, keep reading to learn some surprising truths about the creative economy.

What is the creative economy?

The creative economy can be tough to pin down as it has no standard, accepted definition. This economic sector blurs the lines between industries as it sits “at the crossroads of arts, culture, business and technology,” according to the Stanford Social Innovation Review. So what’s the simple definition? The concept of creative economy can best be summed up as the income-earning potential of creative activities and ideas.

The creative economy encompasses careers in photography, graphic design, fashion design, filmmaking, architecture, publishing, video games and more. If you think those careers are just for the lucky few, then you’re mistaken. Arts and cultural sector jobs in America accounted for three percent of all U.S. jobs in 2015, for a total of 4.9 million jobs, according to the National Assembly of State Arts Agencies (NASAA).1

There are a few issues looming large for the creative economy, though. The changing face of digital media and the handling of issues like royalty payouts and copyright infringement are in contention in industries across the sector. Additionally, digital media has drastically reduced the barrier to entry for creative work—anyone can start a website and share videos or other media with relative ease.

With a low barrier to entry, more people than ever are embarking on creative careers, both through conventional employment and entrepreneurial freelance ventures. This isn’t a bad thing—but it does mean some creators are facing increased competition for their work. This doesn’t necessarily signify a job crisis in the creative sector, but rather identifies potential growing pains as the industry adapts to the digital age.

Why is the creative economy growing?

Regardless of how you define the creative economy, experts seem to agree on one thing: It’s growing at a record-setting pace. In fact, the arts and culture sector’s contribution to the nation’s gross domestic product (GDP) grew by 40 percent between 1998 and 2015.1

Why the drastic increase in creative work? The creative economy is uniquely positioned to carry forward with steady growth, even if other economic industries are lagging. The World Economic Forum notes that the creative industry seems to operate independently from other markets, continuing to grow at a worldwide rate of 14 percent during the 2008 global economic downturn.2

Some of this growth can be attributed to the expansion of internet use, taking advantage of more people spending money online and the relative ease of delivering creative products around the world thanks to advances in technology. Others point to increased arts programs as the reason behind the growth, which is becoming more common as governments around the world begin to recognize the value of the creative sector.

No matter why the creative economy is going strong, there’s no denying that creativity is in demand. The NASAA reports that nearly all U.S. employers (97 percent) say creativity is increasingly important to them, and 85 percent of the employers looking to hire creative people say they’re not able to fill that need.1

The impact of the creative economy

The creative economy serves a much bigger purpose than bringing us blockbuster movies or the latest hit song on the radio. From a purely financial perspective, creative services are a huge driver of the U.S. job market. “The arts contribute more to the national economy than do the construction, mining, utilities, insurance, accommodation and food services industries,” according to the NASAA.

It’s not just about the money, however. The creative economy is also a vital part of keeping cultural significance alive and well, both within the U.S. and abroad. Cultural industries like museums, heritage locations and events and performing arts all play a role in maintaining a cultural identity and sharing that identity with others through tourism programs.

This emphasis on cultural significance has the potential to bring humanity together in a way that our increasingly divisive world desperately needs. Creative works have a universal appeal, and the World Economic Forum asserts that creative services could be an engine for building trust, understanding and acceptance across cultures.

With the ability to bridge the gap between various societal perspectives and generate financial growth, it’s no wonder the creative economy is gaining some well-deserved attention.

Is a creative career right for you?

Wanting a stable career doesn’t mean you have to settle for a job you’re not in love with. Don’t let popular perception of creative career prospects cloud your judgement—the creative economy is surprisingly strong, and there are plenty of in-demand careers that make use of your creative side.

If you’re interested in joining the ranks of the creative economy but aren’t sure where to start, then get some career ideas with these 9 Types of Design Jobs for Creative People. 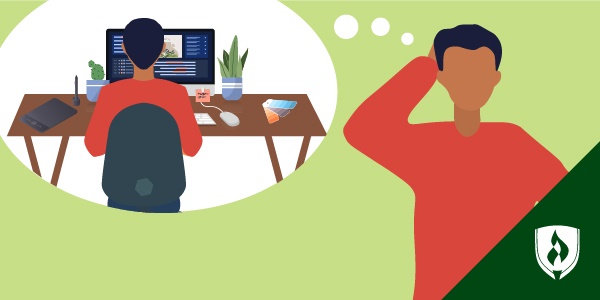 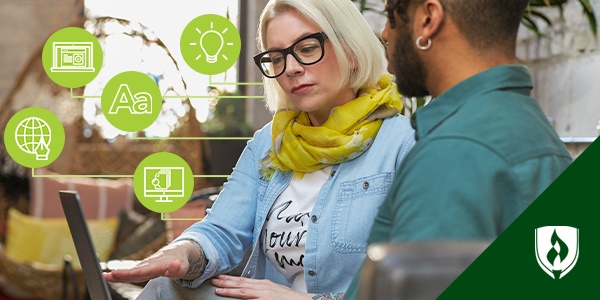 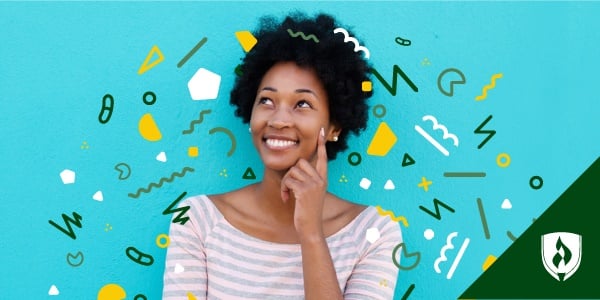 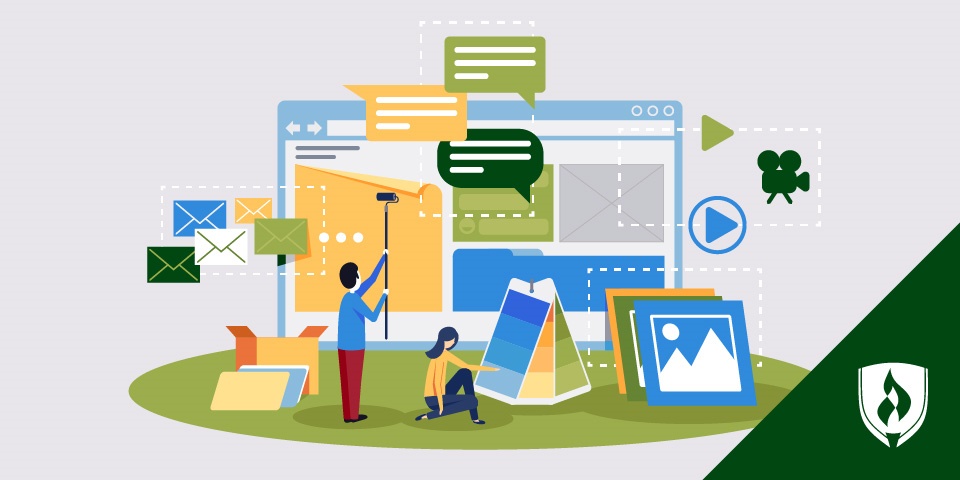