One Student's Road to a Career as a Surgical Technologist 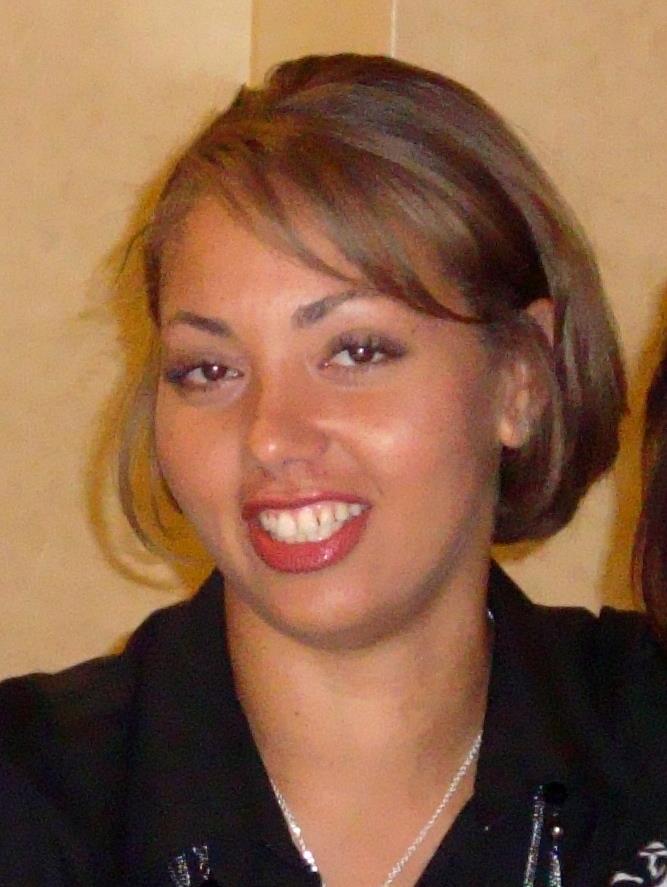 A person will often graduate with a degree, only to later realize it wasn’t for them and go back to school to earn a degree in something more suitable to their interests and talents. That’s what happened to recent Rasmussen College Surgical Technologist graduate, Summer Blakey.

Blakey, 31 always knew she wanted to help people. When she was younger, she dreamed of becoming a neurosurgeon. She was a pre-med student as an undergraduate at the University of Minnesota, but switched majors and graduated with a bachelor’s degree in Family Social Science and a minor in Family Violence Prevention. After she graduated from the U of MN, she took two years off. Then, she decided to return to school and complete her master’s degree at St. Cloud State University in Marriage and Family Therapy.

Blakey was self-employed for three years working with teenagers on probation and their families. However, she finally decided family therapy wasn’t for her, and she desperately wanted to get back into a profession where she felt she could truly help people and make a difference.

When she decided to make the switch to healthcare, Blakey says she wasn’t sure which avenue she wanted to take. At first, she was considering earning her medical assisting degree from Rasmussen College. To discover where her true interests lay, Blakey’s friend, who works as an anesthesiologist at Gundersen Lutheran in La Crosse, Wisc., had Blakey shadow a surgical technologist at their hospital. Blakey loved it. She says she was extremely ecstatic when she was accepted into the surgical technology program at Rasmussen College in October 2010.

Accreditation is important to Blakey, and she said that was one of the main reasons she chose the program at Rasmussen College.

“[Any school I attend] needs that extra level of superiority,” said Blakey. The surgical technologist program, Blakey said is very intense, which is one thing she believes more people need to know.

“The amount of knowledge you have to obtain and retain in a week is outstanding,” said Blakey. “You study skills, how the operating room works, and memorize surgeries. There’s no slowing down. You have to keep pushing forward. I have so much knowledge now, sometimes I [think back] and wonder how I didn’t know that before.”

Blakey maintained a 4.0 GPA throughout her entire 18-month program. She took advantage of all that Rasmussen College had to offer and participated in the work-study program, which allowed her to work as a teacher’s assistant for two instructors in four courses. She enjoyed working with other students, and said, “I always challenge people to do the best they can do.”

“I did a lot of teaching and assisting,” said Blakey. She added she learned a lot by helping others. Overall, Blakey said her instructors at Rasmussen College were great and very approachable. And although her program allowed her to take both online and classes on campus, she said she tried to take as many classes on campus as she could.

“Lab was my favorite part; it was 3.5 hours long,” said Blakey. “We practiced skills, tactile stuff, and time flew by.” She added that she enjoyed lab, and it helped with the learning process.

“I think with the surgical technologist [program] you should take as many courses as you can on campus because you’re constantly practicing,” said Blakey. “It helps to be able to touch and see the different muscles and organs.”

When she was working as a teacher’s assistant, Blakey would hold open labs for students, as well as practice skills and study for tests with them. When no students showed for an open lab or study group, she used that time to further practice her studies.

A Must-Have: Confidence and Challenges

Blakey says any program that pushes you during the entire process is a good program. That’s because you’re working with real human beings; your decisions will undoubtedly affect somebody else’s life.

Blakey admitted she’s not the same person going into the program as she is now.

“If you don’t change as a person, I’m not sure you’re doing it right,” said Blakey. My biggest fear was passing out in the operating room, but I [still] haven’t passed out. I realized it was just the fear of the unknown.” There were times she underestimated her abilities; she was terrified of hurting a patient while helping a surgeon with a surgery. However, now she knows patients are asleep, under anesthesia, and they can’t feel anything.

One of Rasmussen College’s goals is to help students gain confidence in their program, and Blakey admitted she feels confident in her abilities as a surgical technologist.

Externships and Other Opportunities

Working well with others is a huge part of being a surgical technologist. With that job, you are assisting surgeons and need to able to communicate effectively and efficiently. Learning hands-on techniques and skills, as well as how to work in an operating room, is a big portion of a student’s externship experience.

Blakey was expected to complete 250-plus hours at each of her two externships. Both externships lasted 10 weeks.

“I completed about 300 hours at each site,” said Blakey.” I’d often stay late. I practiced well over 80 cases (or surgeries).” Rasmussen College Surgical Technologist Program Coordinator Sara Vodnick, who works at the Brooklyn Park campus, chooses where each student will do their externship.

“There’s not a black and white process to how I choose which student will go where,” said Vodnick.” It’s really tricky. I consider a student’s skills, personality, maturity level, and where they’d do best.” Blakey’s first externship was at Ridgeview Medical Center in Waconia, Minn. She described it as a great first externship experience, and it catered to procedures and skills she needed to learn to be successful in the operating room.

“They guide you along, step-by-step,” said Blakey. “It really helped me to be able to work on my own and prepared me for my second externship.” Her second externship was at High Pointe Surgical Center in Lake Elmo, Minn. She explained this location could only ever be a second externship because they don’t have time to teach the basics.

“You had to be ready to jump right into their level; there was no catching up,” said Blakey. She was fortunate enough to be offered a surgical technologist position at her second externship. She accepted the position mid-April and started permanently working there mid-June, right after graduation.

Advice to Other Students

Blakey said at times she misses school because her safety net is gone.

“You get play-room; I really didn’t realize how much I relied on my safety net,” she said. In addition, Blakey has helpful advice to other students studying to become a surgical technologist.

“You have to trust yourself; you have to ask questions,” said Blakey.” If you don’t, a surgery could get delayed, a surgeon could [be discouraged], or a patient may need to be under anesthesia longer.” Blakey says she looks forward to the day when she is able to go into a surgery and know exactly what she is doing at all times. She said it will be nice to have the level of confidence where all the procedures and skills that is expected of her is second-nature. However, that level of confidence only comes with time and experience, and Blakey knows someday she’ll have it.

“They say your first year as a surgical technologist is the most difficult,” said Blakey. “To get comfy, it takes a good five years to know everything. There are still times I need to ask questions. I still don’t know enough, but, I’m fortunate enough to work with surgeons that will teach me, and if I’m doing it wrong, they’ll show me the right way.”

Blakey will be taking the CST National certification exam in August of this year. Although it is not required, Vodnick expects students in the program to take it, especially since it is paid for in Rasmussen College students’ tuition. Blakey added, “Taking the exam allows surgical technologists to have more marketability.”

Besides taking the exam, Blakey plans on continuing to excel at her new job, as well as absorbing more knowledge. She said she may, however, return to school again in the future.

“I love school, and I love learning, but I’m going to take a break for now,” said Blakey. 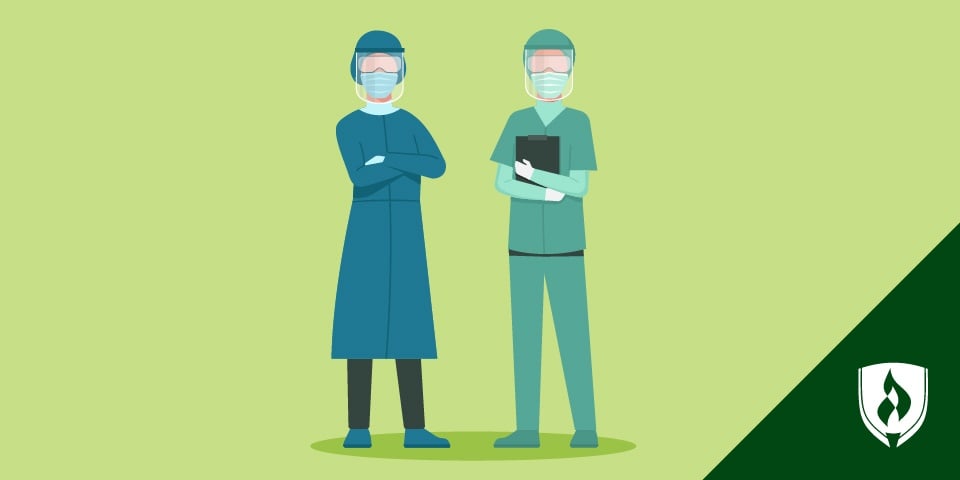 Scrub Nurse vs. Surgical Tech: Decoding the Differences in the OR and Beyond 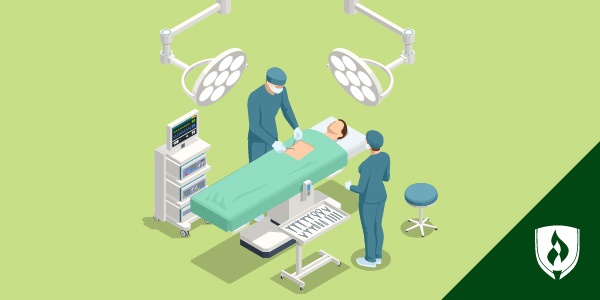 7 Signs You Should Consider Becoming a Surgical Technologist 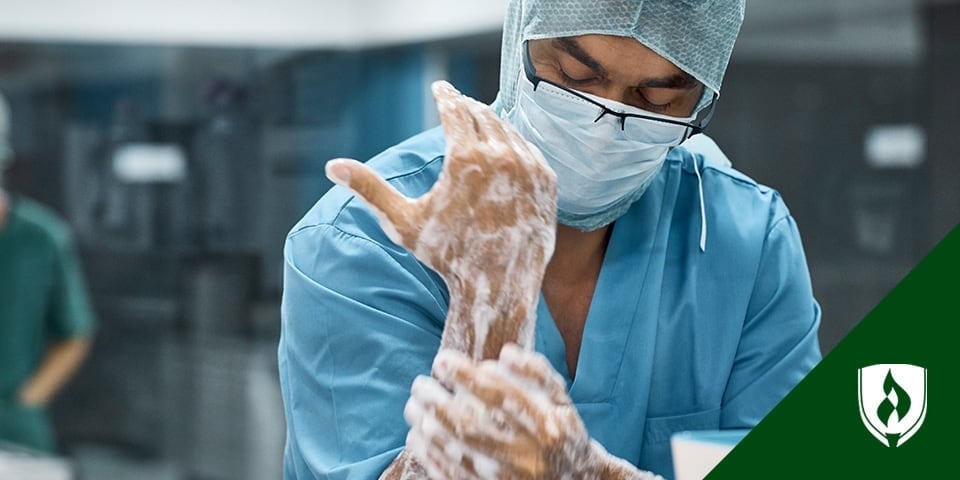 Surgical Technologist Duties: A Day in the Life