From Iraq to St. Cloud: How One Criminal Justice Grad Continues Serving as a Veteran 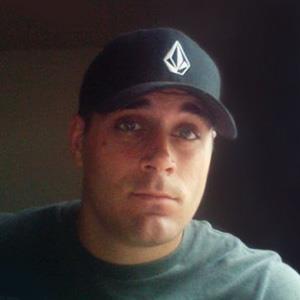 After completing his military career, Rob Johnson was unsure of what to do next with his life; what he did know was he wanted a career that would provide him with the same sense of pride he had from serving his country. Because of this need, Johnson gravitated toward law enforcement and registered for classes at Rasmussen College’s St. Cloud campus.

“When I got out of the Army the question I was asking myself was, ‘What career can I do that would give me the satisfaction of helping people?’” Johnson said. “I longed for that commitment to excellence, putting on a uniform and being the person that people come to for help.”

After growing up in Southern Florida and graduating from high school, Johnson felt his life had begun to stagnate.

“I wasn’t happy where I was personally and it felt like there really was no opportunity for me in Florida,” said Johnson.  “I had decided that I wanted to be a part of something bigger than myself so I enlisted with the Army. It was probably the best decision I’ve ever made.”

Johnson says the time he spent in the military matured him and made him a better person in his everyday life. Additionally, the discipline required to serve in the military helped him in balancing his newfound civilian duties – a full-time job as well as a full academic schedule.

“The first couple of weeks of working and going to school took a little bit of adjusting to, but after that it went smoothly,” Johnson said. “Honestly, for me college was way easier than high school.”

That combination of discipline and motivation worked wonderfully. Johnson now holds an associate's degree in law enforcement and is looking to begin a career as a police officer.

His love for the field grows after volunteering

Johnson was given a piece of advice by one of his first instructors at Rasmussen College that he took to heart.

“[My instructor] said that the one thing you need to do as soon as you can is to start volunteering and get involved in the community,” Johnson said. “As a future police officer, if you’re not willing to give up your time for free now, then how can anybody expect you to give up your time and go out of your way to help someone when you’re on the job?”

This advice led Johnson to seek out a volunteering opportunity as a reserve officer for the St. Cloud Police Department. As a reserve officer, Johnson would spend eight hours a month riding along with police officers and assisting in any way he could. Johnson says the experience was both reassuring and enlightening.

“Volunteering and riding along with those officers really cemented law enforcement as what I want to do with my life,” Johnson said. “The excitement factor of the job really appealed to me. You get interjected into so many people’s lives and deal with such a wide variety of things on a given day that you can never know what to expect.”

His decision to attend Rasmussen College

Johnson knew he was going to attend school after he finished his military service, but he had not decided where. After identifying schools in the St. Cloud area he learned of one very important factor – accreditation.

“When I was looking into taking the Minnesota POST (Peace Officer Standards and Training) exam I found that the school has to be accredited,” Johnson said. “ I was given a list of accredited schools and Rasmussen College stuck out to me since I didn’t want to go to a four-year university. When I looked into it more the people at Rasmussen College were eager to bend over backwards and help out in any way they could, so that’s what sold me.”

One aspect of the law enforcement curriculum that Johnson particularly enjoyed was the use of common sense.

Starting a family and his future plans

Johnson’s military experience even played a hand in starting a family.  While deployed in Iraq, Johnson began a relationship with a squad mate’s sister he met via Facebook. Their long distance relationship developed into a marriage and the couple now has an 18-month-old daughter, Grace.

“My biggest motivator in life is my wife and daughter,” said Johnson. “Without them I think I would have lost focus on what I was going to school for. My daughter needs me to succeed in life because I’m the person responsible for guiding her into being a woman. Doing right by her is the biggest motivator for me.”

In the future, Johnson hopes to become part of a specialized police unit, such as working as a member of the SWAT team or K-9 handling units. Currently, his main focus is getting the chance to be on the road and interact with people in the community.