Beyond the Battlefield: One Story of a Military Nurse 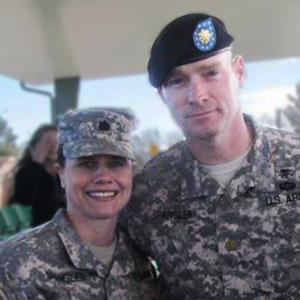 Becoming a military nurse was far from a surprising choice for Lt. Col. Kathy Spangler, chief of inpatient nursing services for Evans Army Community Hospital in Ft. Carson, Colo. The daughter of a 30-year Air Force veteran, the military had always been a part of her life.

Not only that, but Spangler’s grandmother spent her career as a nurse and used to regale her granddaughter with stories of service and sacrifice. So, when the ROTC recruiters came to her high school in 1991, she was intrigued by the opportunity to combine her interest in healthcare with her desire to go to college.

The road to a career as a military nurse

For Spangler the deal was simple: four years of college education in exchange for four years of active duty. She never anticipated that it would become a career.

After completing her BSN in 1996, Spangler patiently awaited an opportunity to put her skills to use in action while fine tuning her trade on Army bases from Washington, D.C. to Germany. Then, in September 2001, the unthinkable happened. Terrorists attacked targets in New York City, Washington D.C. and Pennsylvania and, on Oct. 7, President George W. Bush declared the United States at war with the Taliban and al-Qaeda militants in Afghanistan.

Spangler continued to serve on bases throughout the world until 2010, when she received her first order to deploy to Afghanistan. By that time the war had become a distant memory for many, but for Spangler, it had only just begun.

Nursing at a time of war

Now a wife and a mother of three, Spangler and her husband – also a officer in the Army – both packed up their things and left their children with her parents in Virginia. They were deployed within months of each other. She recounts modestly that her parents were the real heroes – doing the work to care for her family while she was “just responsible for herself” during her deployment.

Spangler was stationed at Britain’s Camp Bastion, which is located northwest of Lashkar Gah in Afghanistan’s Helmand Province. Camp Bastion was operating as a Role 3 hospital during the war, which means that it provided resources for diagnosis, surgical and medical capabilities, preventive medicine, food inspection, dentistry and operational stress management.

Soldiers and civilians were flown in to Camp Bastion from the front lines with the goal of turning them around in 24 hours – no easy feat, considering many patients were covered in shrapnel or missing limbs. Challenges aside, Camp Bastion soon came to be regarded as the best military hospital in the world, boasting a 98 percent survival rate for patients.

Originally a British base, Camp Bastion houses and serves all North Atlantic Treaty Organization (NATO) forces in the region. So as a ‘head nurse’ there, Spangler cared for soldiers from all the Allied countries, in addition to U.S. soldiers and Afghan civilians.

Spangler has been astounded throughout her career at how medical personnel band together under pressure without regard to rank or title. When a suicide bomber caused mass casualties in January 2011, the hospital was flooded with injured patients. “It was like a scene from [the 1970s television show] MASH, one helicopter landing after the other.”

At one point amidst the chaos, a triage medic directed her to drop the limb she had just removed into an orange bucket to clear her work space. Later on, Spangler recalls, it seemed absurd that this man’s leg was being discarded like a used paper towel, but the medic was just doing his job like everyone else. The bucket was the only receptacle available.

Unlike working in a traditional Western hospital, when urgent situations occur in a war zone, you do what you can with what you have. You cannot request an overnight FedEx of missing supplies or assistance from a neighboring hospital. Instead, Spangler says, you often have to “MacGyver” equipment together to solve your problem.

She recalls one soldier that came in with a tumor on his prostate. He needed bladder irrigation and since the hospital’s primary focus was trauma, the proper equipment was not readily available. Spangler re-engineered blood tubing to function as a two-way bladder irrigation system until he could reach a hospital in the U.S. The procedure may not have been ideal, but it ultimately saved his life.

Training to be a leader

Experiences like these are what built Spangler into the nurse she is today. The friends that she met in the military became like family and also “made her a better person.” Recalling the countless places and obstacles that she has seen, she contends that the exposure has not only enhanced her skills as a nurse, but has given her the tools to be a leader in healthcare.

Being a military nurse exposes a person to a diversity of experiences, says Spangler. These experiences are a major point of differentiation for would-be military nurses applying for civilian jobs.

Spangler closes with a single thought: “My number one mission is to take care of America’s sons and daughters.” For her, military service provides her with the best opportunity to complete that mission.

Spangler’s Army career began with the ROTC, but that is not the only option for starting a career as a military nurse. Nurses that have already completed a bachelor’s of science in nursing (BSN) can join as an officer and licensed practical nurses (LPNs) can begin their service on the enlisted side.

Military nursing is also just one of many career options for a nurse. Whether you are an LPN, RN or BSN, there are many exciting opportunities from cruise ships to corrections. One thing is for sure, it’s a very interesting time to pursue a career as a nurse. If you are wondering whether a degree in nursing may be right for you, find out what helped some past student’s decide to pursue a nursing degree.

Katy is a Content Marketing Specialist at Collegis Education who writes student-focused articles on behalf of Rasmussen University. She enjoys creating engaging content to help former, current and future students on their path to a rewarding education. Posted in RN to BSN 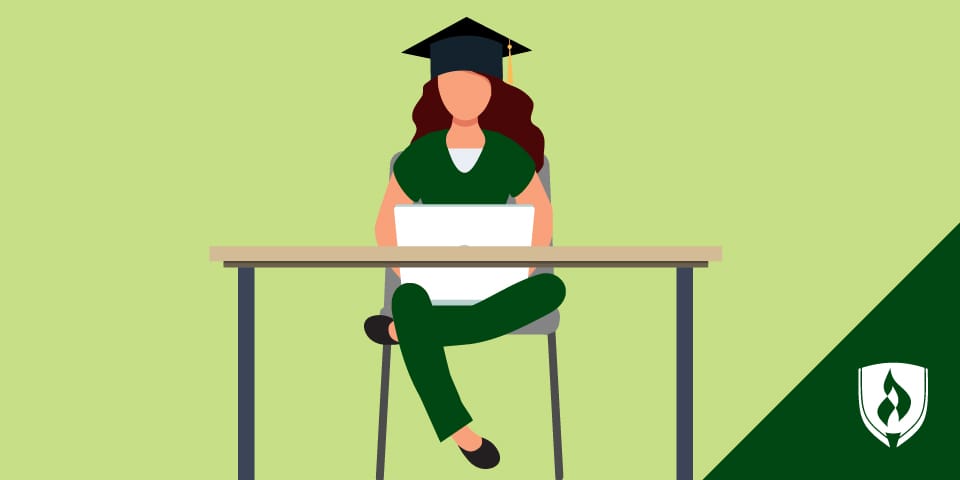 6 Reasons Why Competency-Based Education Is Great for Working Nurses 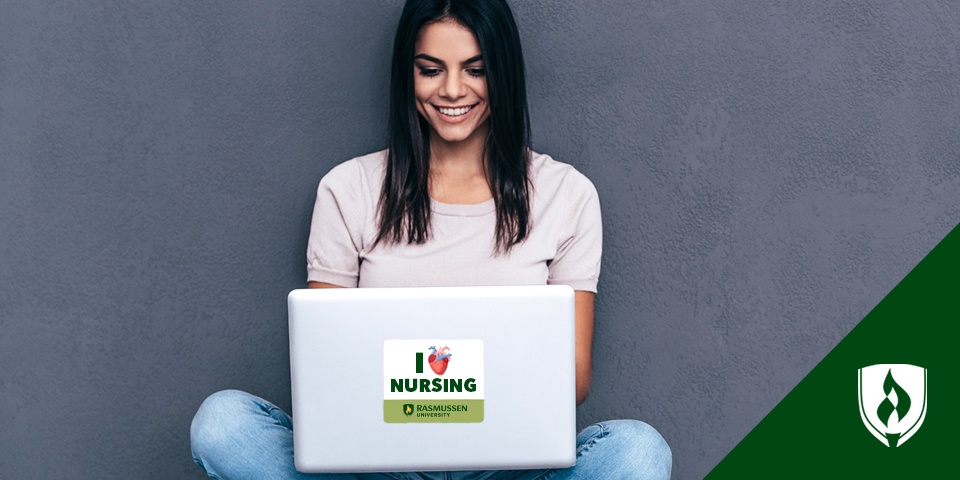 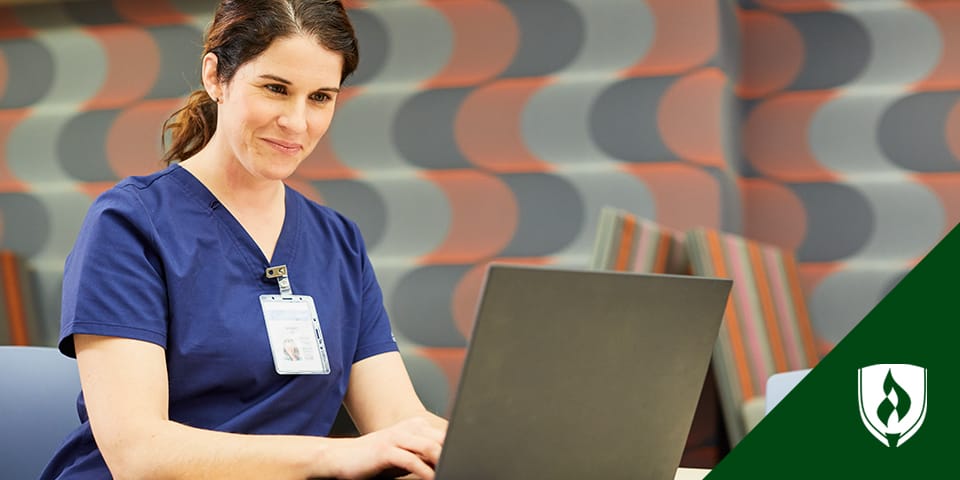 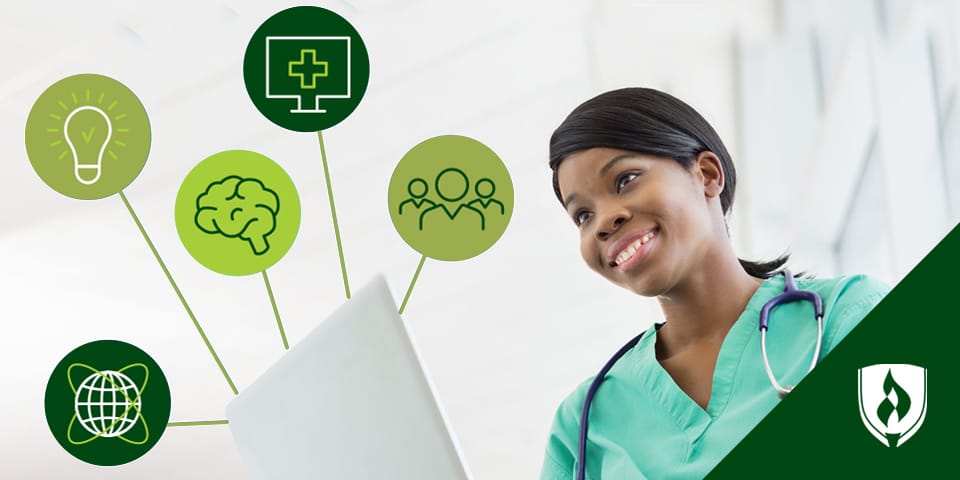 RN to BSN Online Courses: What You Can Expect