If you're artistic and have a passion for playing video and computer games, a Game Design degree may be your career calling. With the constant release of new and exciting technology and the growing popularity of video games, job openings for game design graduates are steadily increasing. 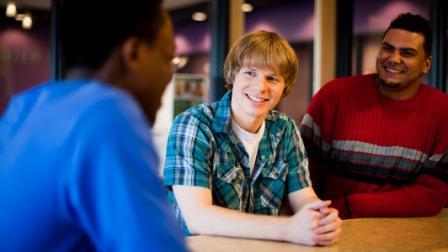 What to Expect in a Game Design Degree

A Game and Simulation Programming degree could offer you coursework covering everything from back-end programming to visual production. You'll be able to develop games starting with just an idea and ending with a finished product. Most courses have foundations in computer science, which means as a graduate, you'll have the skills and knowledge required to succeed in gaming as well as all other computer programming careers. The possibilities are endless.

Within the program, you'll learn how to build applications for the Web or mobile devices. You'll be able to develop real-life simulations for industries in defense, gaming, medicine, science, and education, which could potentially lead to scientific breakthroughs and discoveries. You can develop your critical thinking and reasoning abilities, information literacy, and communication skills with a Game Design degree. You'll learn to navigate existing software and build applications for the next-generation of computer hardware, hand-held mobile devices, and online environments.

Some exciting courses usually offered in Game and Simulation Programming degree programs include:

The industries that need Game and Simulation Programming degree graduates are expanding as technology advances. Career opportunities in the game and simulation programming fields can range from engine, game, and artificial intelligence programmers to interface and quality assurance applications programmers. Around 72 percent of the U.S. population plays video games. The increasing number of players who spend time and money on gaming has had a large impact on the retail world, which brought in an estimated $25.1 billion in 2010, with $9.4 billion spent on video game purchases (Entertainment Software Association, 2011).