8 Signs You Should Consider Becoming a Software Developer 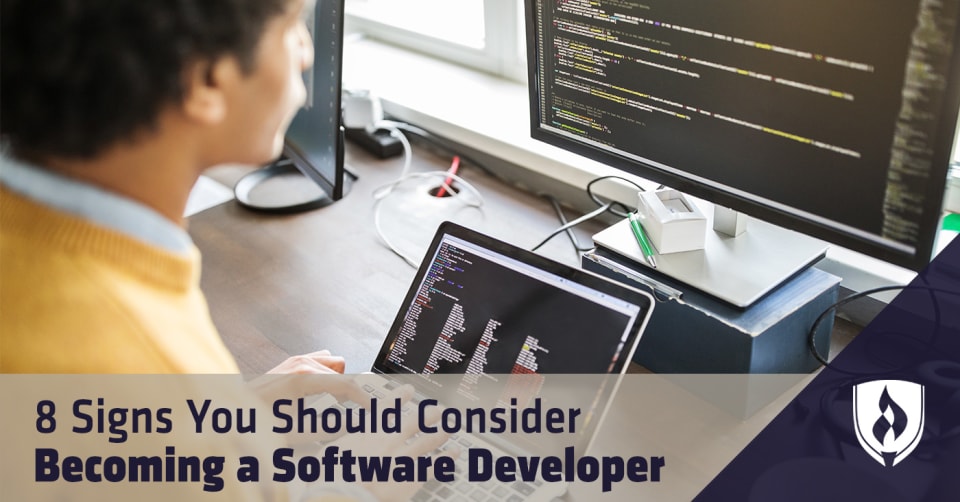 Today, high school students seem more likely to have learned coding than cursive. Several states have formally adopted policies to give students access to computer science courses—with some even extending these offerings to middle and elementary school students! This shouldn’t come as surprise, though. Demand for tech-savvy professionals is clearly strong and doesn’t appear to be losing steam any time soon. Nearly every company relies on computer programs, applications or other underlying systems in some way. In fact, employment of software developers is projected to increase by 21 percent through 2028—more than four times the national average, according to the U.S. Bureau of Labor Statistics (BLS).1

You know the employment opportunities are out there. But how do you know if you have what it takes for becoming a software developer? We’ve asked tech pros to identify some of the common characteristics found in successful developers. But before we get too far along, let’s first flesh out the details of what you might find in a software developer’s job description.

What does a software developer do?

Software developers are the creative forces behind the apps and programs you use daily—from your email to social media or even the underlying operating systems that allows all those programs to run.

No matter which path you end up taking, you’ll utilize the same traits—like analytical thinking, creativity and problem-solving. But the list doesn’t end there. We enlisted the experts to expand on some characteristics many successful software developers share.

You should consider becoming a software developer if…

Contrary to popular belief, software developers don’t spend all of their time holed up in a dark room while their eyes glaze over from prolonged screen staring. While there are certainly times when developers work alone to create their part of a project, there is a lot of time spent collaborating with others on the team, communicating about goals and strategies, and working with others to solve a problem.

“In my company, junior developers often fix senior developers' code and that's totally okay,” says Mark Tinnelly, software developer at CardioTech. “Nobody knows everything, and we work together to share and learn from each other.” Both giving and receiving critique is a key component to making sure the technology you’re developing meets the user’s needs.

In addition to working with other software developers, you’ll be collaborating with stakeholders and clients to make sure their goals are met and they’re kept up to date with the progress of the project. “Not only is collaboration is one of the most under-looked responsibilities of a software developer, but in many software positions identifying requirements from stakeholders or clients is half of the job,” says Colin Ma, current lead strategist Study Prep Lounge and former technology consultant.

Though software development projects can take a long time, effective collaboration can make them run smoother and make reaching the end goal even more rewarding.

2. You have a knack for problem solving

A big part of coding is creating technology that solves a user’s problem. There’s also a lot of problem solving involved in the nitty gritty of the actual work in software development. You likely have a knack for problem solving if you’re apt to see connections between pieces that are not obviously connected.

If you get a thrill from looking at an issue, trying to figure out which angle to approach it from, and you don’t get discouraged along the way, software development might be a great career fit for you.

Every day, software developers solve problems—from writing code to making sure an application functions well in each architecture level. “You need to enjoy problem solving to enjoy what you’ll be doing for 8 hours a day,” advises Paul Kim, lead developer at Maples Design.

Scientists have continuously drawn connections between those who love music and those who have a talent for math. While this link is still up for debate, it is easy to see how reading musical notes is similar to coding. Like learning a new language, it takes skill and plenty of practice.

Musicians need both analytical skills and an intuitive nature to improvise music—which can also serve them well when designing a new software system or mobile app. They’re predisposed to ask questions like “how” and “why,” which can help them create a better product.

“If you like to play an instrument and read notes, you are already halfway there,” says former software developer, Alessandro Marianantoni. Like reading or composing music, software development has a lot to do with recognizing and manipulating patterns.

You’ll also notice similarities between musicians and software developers in the way they collaborate as well. “It’s like playing in a band,” says Jerry Anderson, Software Engineer at Renty.ae. “Together it’s more complicated, but the result is far more powerful.”

Do you arrange the dishes in your cupboards just so? Do you like the feeling of a clean, tidy, structured room? Good news! Software development is all about order and ensuring applications take steps in an order that makes logical sense.

“Having a knack for organization gives you a head start in spotting potential ways to improve your code,” notes Kim. Even if you don’t feel like your organizational skills are top notch right now, you can develop stronger organizational tendencies as you go through your classes and school. It doesn’t hurt to start developing routines and systems to help you get more organized in your daily life.

Whether your crayons were arranged in rainbow order as a child, or you get a little annoyed by your sister’s messy craft drawer, if you like organization, you might find success in software development.

“Technology moves at an incredibly fast pace, and a software developer must stay on top of things and adapt to these changes,” explains Tinnelly.

From changes in coding to company requirements, to the particulars features users want in their software, developers are constantly adapting and melding into new ways of doing things. You’ll need to stay on top of industry news, key metrics, and basics of project management and flow.

As a software developer, you can’t wait around for someone else to take initiative and teach you what you need to know. “Great developers will find different resources or talk to the right people and find the solution no matter what,” says Sanjay Patoliya of Teclogiq. This may mean doing research, seeking out mentors, courses or workshops to learn a new skill on your own. Chances are both the skill and the demonstration of your drive will go far.

There’s no doubt about it—coding can be tricky work. Not only are you continuously solving problems and adapting to new changes, but you’re also memorizing code, remembering company protocol and backtracking to fix mistakes you made.

“[It’s having the] willpower to stay motivated even when the going gets tough,” says Tinnelly. “When you learn to code, there will be a point where you'll feel discouraged because of all the mistakes you make. But you have to stay focused…it’s a game of patience.”

Software development can be finicky—portions of code that seemingly work perfectly on their own can go completely off the rails when interfacing with other code. Fixing these issues can take a fair amount of trial and error, so a natural sense of determination can be a big plus.

7. You enjoy puzzles and strategy

Were you the one who spent hours at the kitchen table mulling over that 10,000-piece puzzle? Coding is all about putting together the pieces of an enigma—creating a brand new program or solving problems from an old one. Writing new code often means writing, testing and then revising. There are often many moving pieces.

“Sometimes coding is about having a certain number of pieces and putting them in the right order,” explains Marianantoni.

Like those giant, kitchen-table puzzles take persistence, so does software development. A single project can take weeks, months and even years. If you like coming up with strategic solutions and enjoy a long game, becoming a software developer could be a perfect fit for you.

It may seem like a no brainer, but loving technology is a must for software developers. This is a field with people consumed by new games, programs and gadgets. But this infatuation isn’t just based on an appreciation for exciting new features or capabilities—there’s also the thrill of figuring out how all this new stuff works! Software developers are natural tinkerers and like to find ways to implement the latest and greatest innovations to their repertoire.

Can you see yourself as a software developer?

Do you see any of those qualities in yourself? If so, you may be a natural fit for working in software development. Of course, it takes more than natural tendencies to make it as a software developer—you'll need formal training as well. To learn more about how Rasmussen College can help you get there, visit the Software Application Development program page.

1Bureau of Labor Statistics, U.S. Department of Labor, Occupational Outlook Handbook, [accessed December, 2019] www.bls.gov/ooh/. Information represents national, averaged data for the occupations listed and includes workers at all levels of education and experience. This data does not represent starting salaries. Employment conditions in your area may vary

EDITOR’S NOTE: This article was originally published in 2016. It has since been updated to include information relevant to 2020. 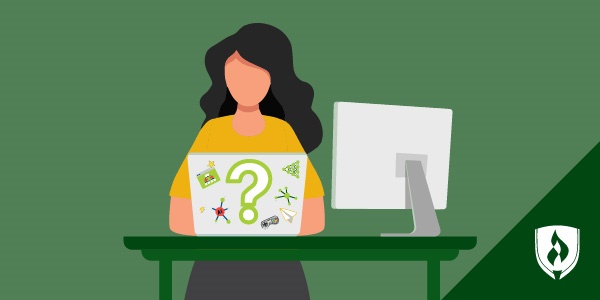 How Much Do Software Developers Make? Plus 5 Other Career FAQs 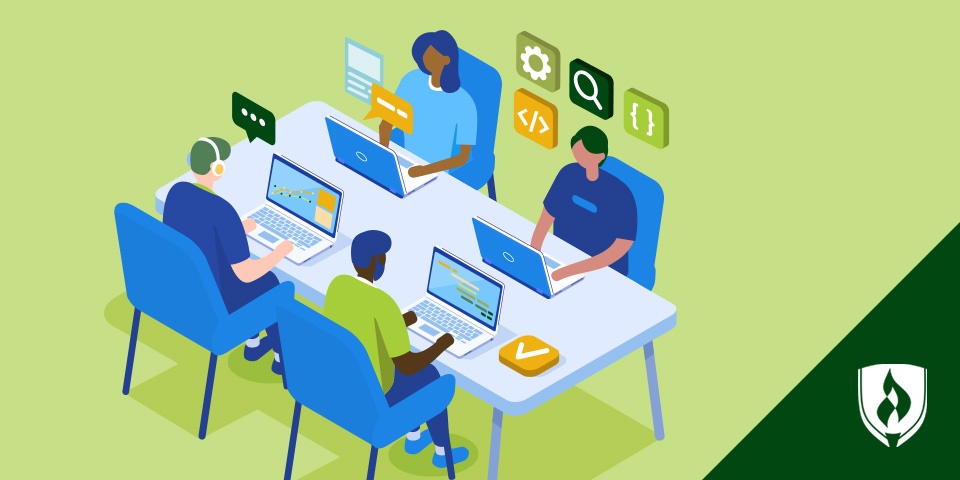 Who's Who on a Software Development Team? A Beginner's Guide 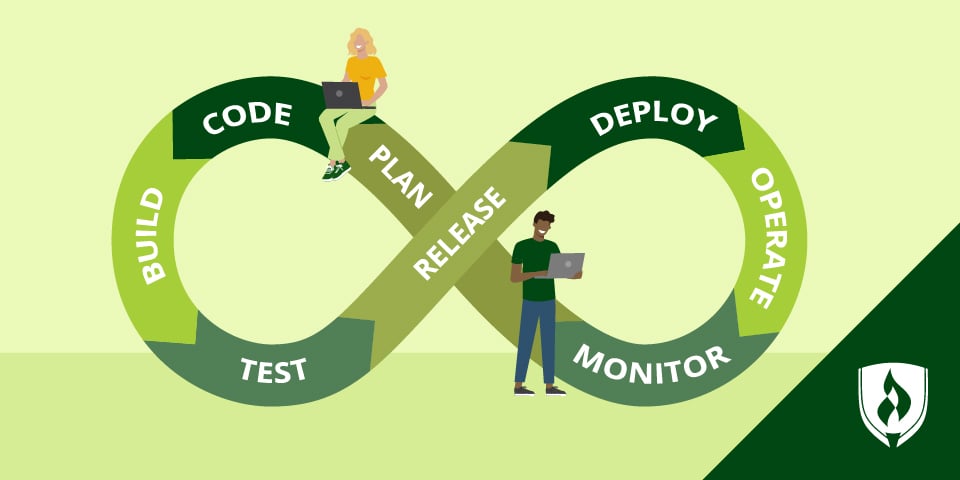 What Is DevOps? A Beginner's Guide to This Fast-Growing Approach 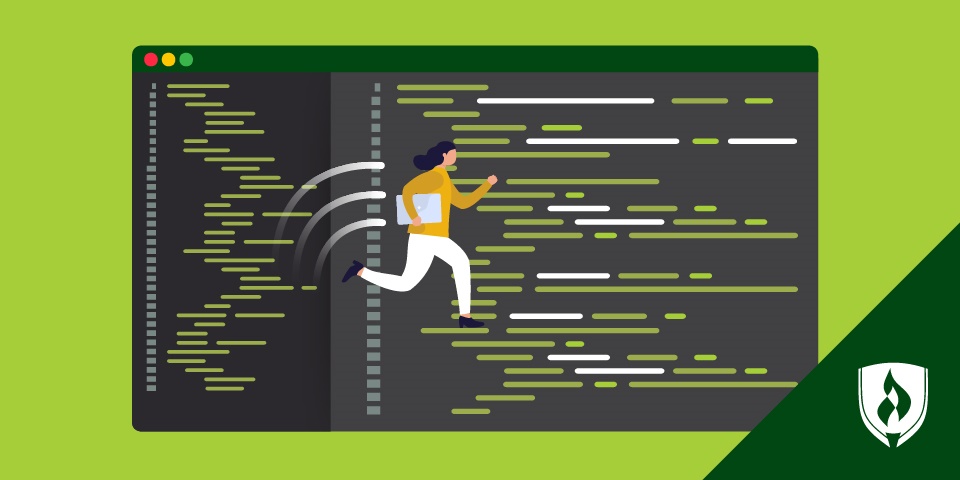 Getting Started in Software Development: 6 Tips for Success