What Is Blockchain Technology? Exploring the Uses of This Much-Hyped Tech 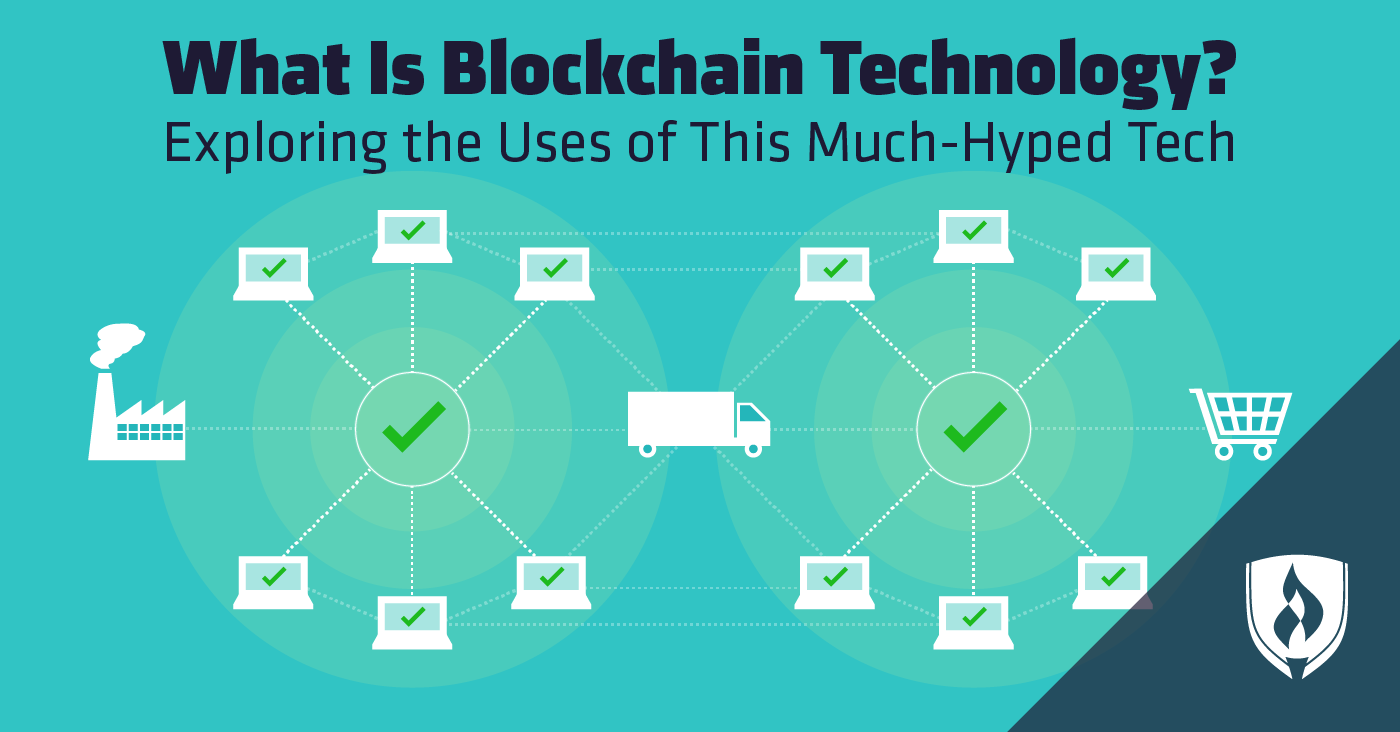 As someone with an interest in technology, you know just how rapidly the field changes. It feels like the latest and greatest smartphones and gadgets are hitting store shelves on a weekly basis. New start-ups rise and boom before you even have time to learn what they do. And now, cryptocurrency and blockchain have gained popularity seemingly overnight.

If you are feeling overwhelmed by trying to keep up with the latest tech trends, you’re not alone. It’s hard to keep tabs on what the best up-and-coming tech will be.

We’re here to help you. One of the most up-and-coming technologies is blockchain. You may have an idea of what cryptocurrency like Bitcoin is, but what do you know about the underlying technology that makes those work?

If you’ve ever heard of blockchain and wondered: What IS blockchain technology? What is blockchain used for? We have your answers. We’ve spoken to the experts and done the research to help you understand this much-hyped technology.

What is blockchain technology?

To understand cryptocurrency and the other uses of blockchain technology, you’ll need to first gain an understanding of what blockchain is and how it works.

In the simplest of terms, blockchain is a series of digital blocks, each containing a unique set of information. These blocks work together to form a ledger that is permanent and unalterable. This ledger tracks and records transactions across a huge network; because of this, blockchain is almost impossible to hack or corrupt.

James Mitchell, president of Bitwise.io, also explains that blockchain is essentially a shared database. Unlike a normal database though, blockchain is decentralized. This means that no one party owns the data—instead, all the people using the system participate in sharing the data.

“Blockchain software enforces fairness to make sure no one is cheating or taking advantage of the system,” Mitchell says. “It provides a guarantee that everyone is looking at an identical copy of information.”

How does blockchain work?

So blockchain is a way of sharing decentralized information, but how does it work?

What is blockchain technology used for?

Now that you have a better understanding of what blockchain is and how it functions, let’s look at the current and future uses of this evolving technology.

Mitchell says that for years people in the tech space have been discussing the question of how to get consensus on shared data. Once Bitcoin was developed, the question moved to, “How can we think about using this technology to create more than a general currency?”

Therefore, the idea of a decentralized database is appealing to more than just the financial world. One important use is in the food industry.

“Blockchain can be used to understand where the food we eat comes from,” Mitchell says.

He explains that the current model of tracking food can take a dangerously long time. With outbreaks of bacteria such as E. coli., it’s critical to quickly identify where contaminated food comes from to stop its distribution. With blockchain, the data has been there all along, and doesn’t need one responsible party to spend the time combing through records and transactions. While food is a prime example, this technology could also be applied in nearly any logistics operation—having an instantly verifiable receipt with no potential for conflicting records of when a shipment was made or what was delivered is an appealing prospect.

Another potential beneficial use of blockchain is to prevent corruption, such as in the case of land registries or public ownership registries in countries run by corrupt regimes. “Someone from the government can change records, but if that data were in blockchain, it couldn’t be corrupted,” Mitchell says.

Lastly, blockchain may have a place in the sharing economy. Rob Powell, business blogger, says that with blockchain technology, the sharing economy could reduce the need for a middleman and operate solely on a peer-to-peer basis. Having a secured and trustworthy method for transactions would eliminate the need for the administrative services of companies such as Airbnb and Uber. Overall, this would reduce costs and help the people performing the services make a bigger profit.

These are only a few examples of what blockchain can be used for. Because it is a new and evolving technology, there will be more opportunities and areas of growth for the use of blockchain and for anyone interested in carving out a space using blockchain.

How do you get into the development of blockchain and related technologies?

If all this talk of a new and constantly changing field excites you, you may be wondering how you can jump on board and contribute your talents.

Mitchell says that there are several important qualities anyone interested in working on blockchain should have. A passion for both technology and an understanding of basic business problems is a great starting point, but hard technical skills are a requirement. This means a background in computer science or software development to understand the fundamentals of programming and systems.