Should I Become a Nurse? 4 Success Stories that Show it's not too Late 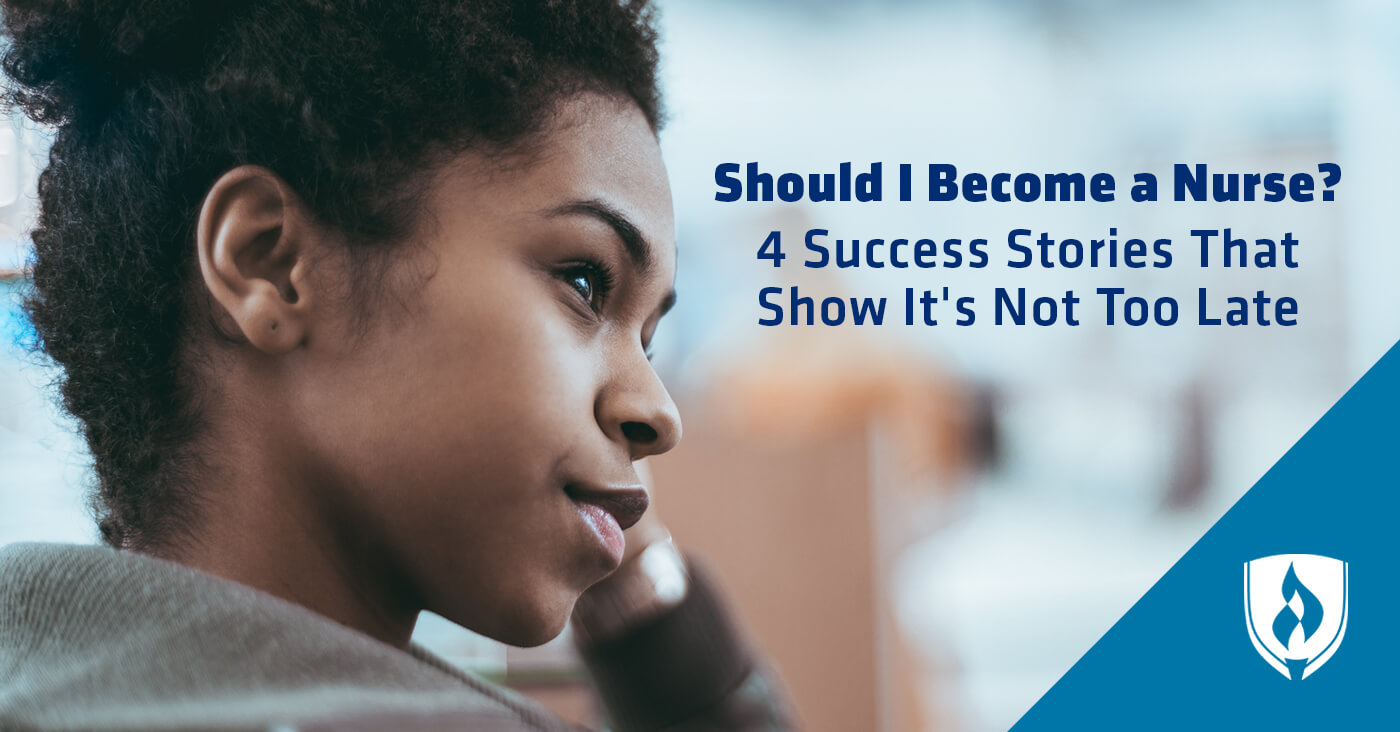 It seems like most people these days subscribe to the stereotypical education timeline: graduate from high school, earn a college degree, land a full-time job and work until you retire. But we all know that living, learning and working in the real world doesn’t always read like a storybook. Timing isn’t always perfect.

Maybe you’ve hit a dead end in your current career, maybe you’re looking for a work environment that’s more fulfilling or maybe you just wanted to be sure that when you pursued your degree you’d be at a place in your life to take the education seriously and get as much out of it as possible.

You’ve read the stories about the growing healthcare field and you’ve seen the projected number of jobs available through 2022. Both are enticing but maybe you’re still wondering: Should I become a nurse?

If you’re looking for some encouragement to take the next step and some assurance that the time and hard work invested will be worth it, take a look at the success stories of four nurses who got a late start but are now flourishing in their fulfilling nursing careers.

Heather Carroll graduated high school in 1989 “by the skin of her teeth,” and had no expectation from her parents to go to college. Instead, she went on to earn a diploma in cosmetology from The Aveda Institute and maintained a successful career in various salons for 12 years. 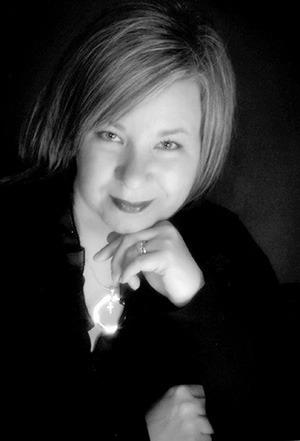 “I continued my technical education, always keeping up with the latest products or techniques, but never considered a college education,” she says. “I just felt like I wasn’t smart enough to do the academic thing.”

She opted to leave the salon industry in 2001, instead focusing on caring for her three children as a stay-at-home mom. But her family’s financial situation shifted a couple years later, and she knew she’d have to go back to work. It was at that time she realized that she no longer felt a passion for working in salons.

She was sifting through her career options when her father suffered a massive brain hemorrhage. “The 30 days I spent at his side in the surgical ICU provided all the confirmation I needed to pursue a nursing degree,” she says.

So, at 32, Carroll bravely faced the daunting prerequisites, tests and tight financial aid, but she also had to balance life at home with three kids and a husband who traveled often for work. Courageously, she pushed forward, earning a 4.0 GPA in her first semester. That accomplishment solidified her decision, giving her the confidence and motivation she needed to complete her degree. “I had the revelation that I was actually quite smart and capable,” she recalls.

Carroll now works as a labor and delivery nurse in The Birthplace at Fairview Southdale Hospital in Edina, Minnesota. “Every day I go to work and think it’s almost a crime that I get paid to do my job,” she says. “What an amazing way to spend my days.” 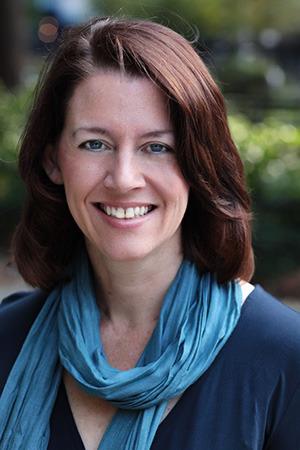 Theresa Brown was fulfilled and happy with her job molding the minds of young college students as an English professor at Tufts University. But she discovered a passion she never knew she had when she became a mother.

“After having my son, I realized I wanted a job where I was expected to care about people, not grade or judge them,” Brown wrote in a 2009 New York Times article. She later became pregnant with twins and openly credited her midwives for helping her through the physical trials of her pregnancy. “When I mentioned my admiration for them, a friend who’s a nurse told me, ‘You could do that job,’ ” she writes.

Brown went on to balance motherhood with nursing school, and six years later, she officially became a registered nurse. She recalls on-the-job interactions with patients that truly taught her what nursing is all about while still only a nursing student. And her understanding of the complex, difficult and rewarding field of nursing has only expanded since then.

Confrontation with complicated illness and death as well as administering treatments and aiding in patients’ healing is all a part of the job. She now works as an oncology nurse and admits that the job can be “messy and stressful,” but she wouldn’t trade it for the classroom full of intellectual college students she was teaching years earlier. 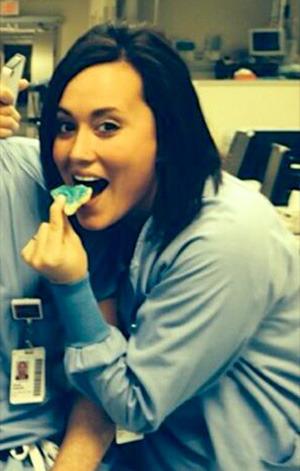 Brie Peters has always had a passion for music. She grew up singing in church and school choirs, learning piano and astonishing people with her musical abilities. It was almost a no-brainer for her to pursue a degree in music, although she recalls now that she also thought about going into nursing at the time. But many people in her life urged her to major in vocal performance, so that’s what she did. “I always felt like I was told what to do and what to believe, never having a choice for myself,” she recalls.

Her music career showed instant promise after she graduated college. She sang in front of thousands of people, both with the Minnesota Orchestra as well as at the mega church where she worked full time. “I met many internationally known people and was handed a lot of responsibility at a young age,” she says.

Peters continued her career in music for about four years, but soon began to feel that there was more she could be doing. “Working with thousands of people in large groups at a time wasn’t personal enough for me,” she says. “I missed the eye contact and the personal care. I missed the kind of one-on-one time with people that truly makes a difference,” she adds.

She wasted no time and began pursuing her degree in nursing right away.

Peters is now at the end of her undergraduate process, and is celebrating her acceptance into the Master of Nursing program at the University of Minnesota. She’s looking forward to beginning that segment of her nursing journey in August.

She admits that nursing is hard work and can be exhausting, but has never doubted that it’s worth it. “People come into a hospital desperate for help and at their most vulnerable. It is such an honor to be a part of that and spend my life caring for those in need,” she says. 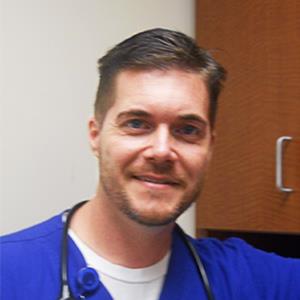 Patrick Joyce worked as a police officer for over a decade. And although he found the work fulfilling, he came to a point at which he knew that working in law enforcement was no longer the right fit for him. But he hadn’t yet landed on what his next step would be.

“While working as a law enforcement officer, I had numerous encounters with the local hospital’s emergency department,” he recalls. He’d had the opportunity on those many occasions to witness the hospital’s staff as they worked in both high and low-pressure situations, always making room for Joyce and his fellow officers to conduct any necessary business.

“The professionalism, courtesy and moral integrity displayed intrigued me,” he says. “I found myself wondering if I missed my calling.”

Joyce then took a systematic approach to determining what he should do next. He knew the medical field interested him, so he started there. He began researching different medical positions and their salaries, juxtaposing those with the different colleges and programs in his area. He ended up with a handful of career possibilities: medical assistant, certified nursing aid, registered nurse, x-ray technician, respiratory therapist and physical therapist.

He then continued his mission by discussing his options with his family, making appointments with schools, speaking with college recruiters and touring campuses. Joyce learned more about Rasmussen’s nursing program and was quickly able to decide to become a registered nurse (RN). “I have never been more excited about my future,” he says.

He now works as an RN for the largest nonprofit hospital system in southwest Florida and holds several positions on different boards within his assigned unit. He will graduate with a Master’s of Science in Nursing (MSN) in 2015, and he feels his future is bright because of the steps he took to change his career and because of the continued support he’s received both from Rasmussen College and his family.

Become the next success story!

Everyone’s personal journey to career success is different, but as these four inspiring stories demonstrate, a little hard work and dedication can propel you to fulfilling your passions. It’s never too late to pursue a new dream!

If you think you’re too old to make a major change, nonsense! Here’s an article that underscores the fact that it’s never too late to start a career in nursing.

You began this article wondering whether or not you should become a nurse. These four nurses asked themselves that very same question at different points in their respective journeys. Now, their courage and determination is paying off. Be one of them.