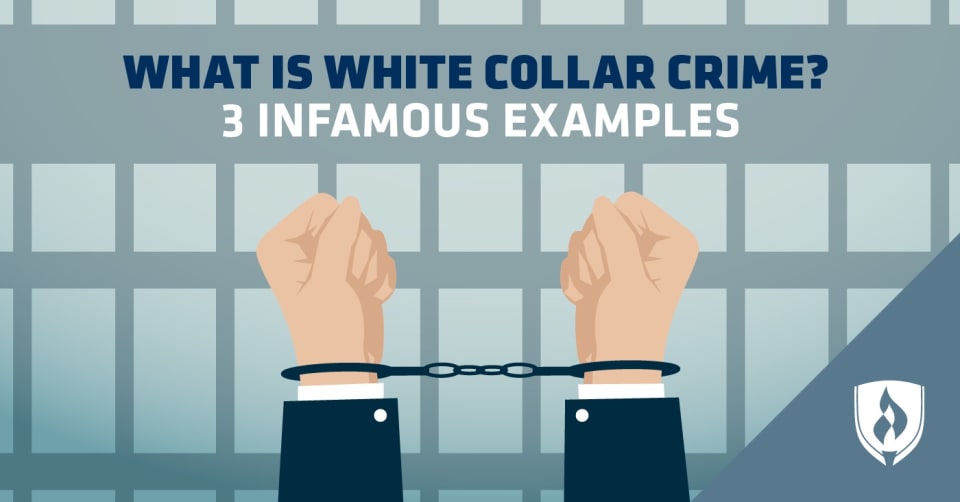 White-collar crime conjures images of after-hours transactions, missing funds, greed and lavish parties. While some movies and TV shows take depictions of this to the extreme others are not far from the truth. Often this kind of criminal activity is a stark contrast to the common street crimes people are more familiar with. It’s easy to understand how desperate people may turn to crime, but why would someone who is seemingly already at the top of the economic food chain feel compelled to do the same? It’s an intriguing subject for many to ponder.

Making things even more interesting is the fact that catching white-collar criminals can be like looking for a needle in a haystack. Particularly within a large corporation or complex scheme, blame is easily shifted around and obfuscated until the trail goes cold. For those who love a good puzzle, however, cracking cases like this can be an intriguing process with a worthy cause.

In this article we’ll help define what white collar crime is, explore some common examples of white-collar crimes, and highlight 3 infamous cases—and how they almost got away with it!

What is white-collar crime?

White-collar crimes are criminal acts that are typically non-violent and financially motivated. The term “white-collar crime” was first coined in the 1940s by sociologist Edwin Sutherland as "a crime committed by a person of respectability and high social status in the course of their occupation."1

Since then, these crimes have proven to be wide-reaching and often surpass state and national boundaries. To track the complex web of evidence, multiple agencies must often work together, including the Federal Bureau of Investigations (FBI), the Securities and Exchange Commission (SEC), the Internal Revenue Service (IRS), and the U.S. Postal Inspection Service (USPIS).

Though the precise cost of white-collar crime is hard to determine, a publication from the National Criminal Justice Reference Service (NCJRS) estimates that it is between $426 billion to $1.7 trillion annually and is 10 to 35 times higher than that of street crimes.2 As the FBI puts it, “A single scam can destroy a company, devastate families by wiping out their life savings, [and] cost investors billions of dollars.”

What types of white-collar crime are there?

While there are many types and variations of white-collar crime, these are a few of the most notable.

Ponzi schemes are perhaps one of the most infamous forms of white-collar crime. Popularized by Charles Ponzi in the 1920s, they involve pocketing investment money rather than actually investing it. The scheme is upheld by paying "returns" to investors with money from the investment pool. Typically, they can only be sustained as long as new investors are coming in, and not too many old ones are withdrawing.

Here’s a simplified example of how they work: The Ponzi scheme originator tells investors they have a proprietary investment strategy where if they invest $100, they’re guaranteed a regular return of $10 and have the option to withdraw their original $100 at any time. The $10 payout is really coming from that initial pool of money. Obviously, this would be a problem if no others invested, but many of those who are involved eagerly pass on the “opportunity,” citing their strong return. While that may seem relatively harmless, often the originator of these schemes will cook up a reason to no longer pay out and then run off with investors money, leaving everyone else in a financial bind.

Embezzlement involves using funds for a different purpose than intended. A common example of this is when an authorized employee creates false expense receipts then secretly transfers the money into their personal accounts. In this case, the criminal was already in charge of managing the money, and therefore committed a crime of opportunity.

Insider trading is defined as buying or selling stock with information that is not available to the public. For example, a company director might have insider knowledge that their product is soon to fail in the market because of a defect. They might tip off their friends who invest in the company to pull out and avoid big losses. While this may seem like just a considerate thing to do, it can drastically affect the integrity of the markets and discourage other investors from participating in them. The SEC sternly penalizes this crime with both fines and potential jail time.

Money laundering is the process of making “dirty” money clean and not traceable to its original source. For example, if someone wanted to spend money that was gained via illegal drug trafficking, they would first want to ensure it couldn’t be traced back to the source. There are countless ways to launder money, and in the digital age, many of them are online. Anonymous online payment services, transfer proxy servers, online auctions and sales, virtual gaming sites, real estate investments and cryptocurrency are all means by which white-collar criminals try to get away with money laundering.

Electronic money laundering is one of the many reasons agencies such as the FBI hire cybersecurity experts. If this is something you might be interested in, check out our article “8 Signs You’re Wired for Working in a Cyber Security Career” to learn more.

Unfortunately, there are a lot of white-collar crime examples to choose from, but these cases are among the most large-scale and influential.

Charles Ponzi did not start out in high society. Being a poor immigrant in 1920s Boston, Ponzi worked odd jobs and was in prison twice before his most notable scheme even started. What ended up being a multimillion-dollar ploy began as simple mail fraud.

Upon receiving a letter from Spain with an international reply coupon (IRC), Ponzi realized that he could exchange more of these for stamps that he could then sell for a profit. While this turned out to be a very lucrative endeavor, Ponzi sought to increase his advantage even further by taking on “investors.” With the promise of outrageous annual returns of 50 to 100 percent, he convinced many to trust him with their money. Rather than actually invest, however, Ponzi pocketed the cash and paid only “returns” to give the illusion of growth.

Like all Ponzi schemes, it began to unravel when too many investors wanted to withdraw their funds at once. Having already spent their investments, Ponzi was quickly exposed following an investigation sparked by The Boston Post.

On August 12, 1920, Charles Ponzi was arrested and charged with 86 counts of mail fraud. Owing an estimated $7 million, he plead guilty and spent 14 years in prison. To this day, variations of his scheme has been recreated countless times and continues to bear his name.

Around half a century after Charles Ponzi was arrested, Bernie Madoff is considered to have pulled off the largest Ponzi scheme in U.S. history. Like his predecessor, Madoff began his career working odd jobs. Using $5,000 he earned being a lifeguard and installing sprinkler systems, along with a $50,000 loan from his in-laws, Madoff launched his investment company in 1960.

It is unclear when Madoff began to establish the scheme. According to one report, it all began after the Black Monday crash of 1987 in an attempt to recover losses. By the time he was arrested on December 11, 2008, Madoff is said to have stolen $20 billion in principal funds and falsified $65 billion in account statements.

In the end, Madoff pleaded guilty to securities fraud, investment adviser fraud, mail fraud, wire fraud, three counts of money laundering, false statements, perjury, false filings with the SEC, and theft from an employee benefit plan. He was sentenced to 150 years in federal prison. Victims of this scheme are still attempting to recover major losses.

Enron was a seemingly untouchable energy corporation before its fall in 2001. Praised for its unparalleled growth, it was named "America's Most Innovative Company" six years in a row. But as you may have already noticed in the case of white-collar crime, if it’s too good to be true, it usually is. Enron eventually faced the backlash from years of hiding debt and inflating profit to keep stock prices high and investors happy.

To pull off this scheme, Enron would immediately claim projected profits even though they hadn't actually earned the money. And, if the projections were not met, Enron would transfer the loss to one of their subsidiaries and therefore avoid reporting negatively on Enron itself. By the end of 2000, the corporation had losses of $591 million and debt of $690 million. They cost shareholders $74 billion in the four years leading up to their bankruptcy on December 2, 2001.

At the time, Enron's collapse was the biggest corporate bankruptcy to hit the financial market. Several executives were charged with conspiracy, insider trading, securities fraud, bank fraud, and wire fraud. Enron’s accounting firm was found guilty of obstructing justice for shredding Enron files, though the conviction was later overturned.

Though Enron’s deception was devastating, their example did lead to many new regulations increasing transparency in publicly held companies. The Sarbanes-Oxley Act expanded the consequences of destroying or fabricating financial statements. The Financial Accounting Standards Board (FASB) raised its levels of ethical conduct, and many boards of directors became more independent to better monitor auditing companies and quickly replace unethical executives.

Are you a natural investigator?

Putting a stop to white-collar crime requires as many layers and moving parts as the crime itself. Whether it's the FBI, SEC, IRS or another agency, there are several potential career paths in this field. Now that we’ve answered, “What is white-collar crime?” and have provided you with some real-world white-collar crime examples, are you interested in learning more about the world of criminal investigations? Our article, “7 Types of Criminal Investigations You Could Encounter as a Police Detective,” will highlight some of the intriguing work investigators tackle on a regular basis.