Life-Saving Technology: How Computer Scientists Are Joining the Fight Against Cancer 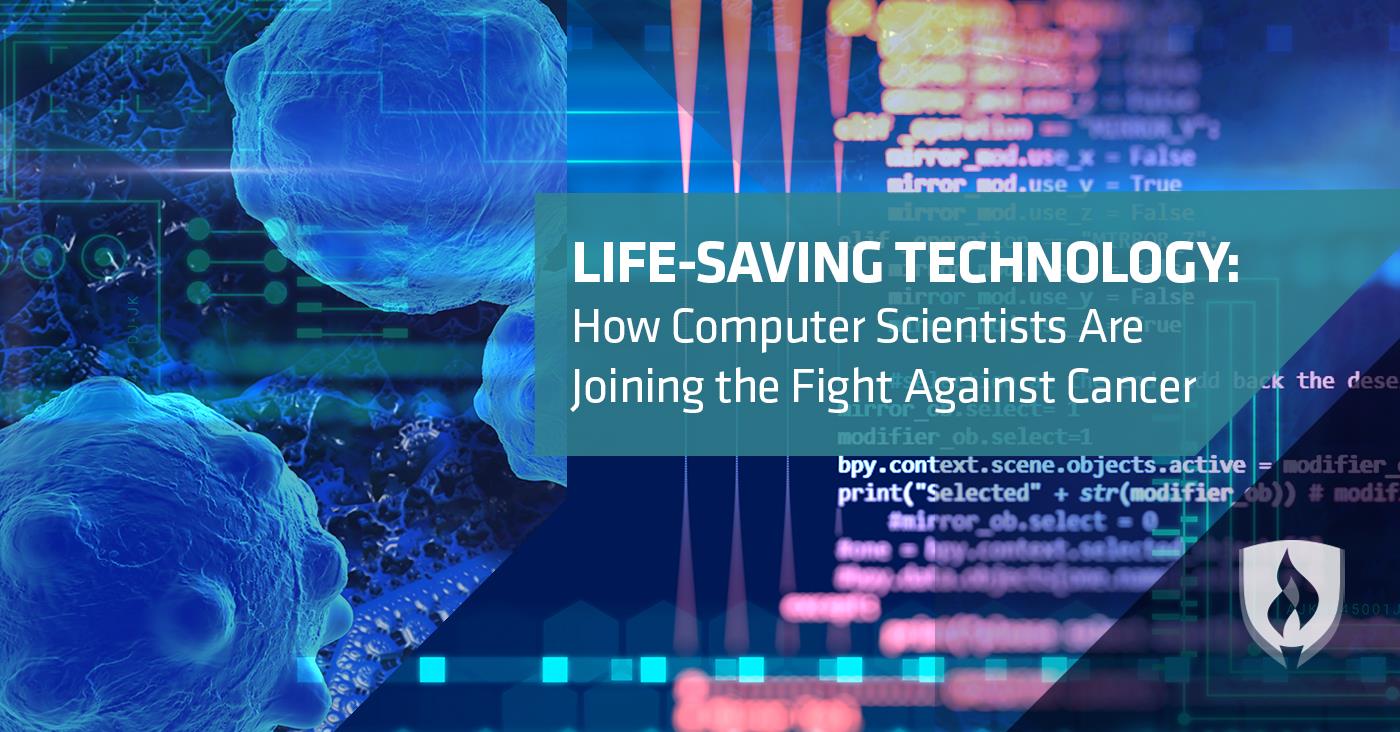 The war against cancer is not a new one. For decades, doctors and scientists have been working tirelessly to bring an end to this worldwide burden, which stands as one of the leading causes of death globally.

Take a look at some of the harrowing statistics, as reported by the National Cancer Institute:

These statistics not only reveal the terrifying reality of this pervasive disease, but they are also essential for policy makers, health professionals and researchers, as these leaders must first understand the impact cancer has upon the world’s population before developing strategies to combat it.

Included among those proposed strategies in recent years is a surprising call-to-action to an unlikely pool of candidates—computer scientists.

Join us as we explore some of the most notable discoveries in modern cancer research and tap into the potential computer scientists have to make even greater strides in the fight against cancer.

The fight against cancer long preceded the 21st Century, but a number of notable milestones have been achieved in cancer research since the year 2000.

Take a look at this brief timeline:

This timeline could stretch on, equipped with even more obscure names of medications—you can head over to the National Cancer Institute’s extensive list of milestones in cancer research and discovery if you’re curious to learn more.

But one thing is clear—it’s difficult to review an abbreviated timeline like the one listed above without happening on a pretty important notion: With such a diversified disease, there must be as many cures as there are individual types of tumors.

That is an undoubtedly tall order for the medical professionals and researchers working tirelessly to eradicate cancer. With that in mind, it’d be fair to assume that cancer researchers have oft had the thought, “There has to be a more efficient way to approach this.”

How computer scientists are joining the fight against cancer

In his book The Emperor of All Maladies: A Biography of Cancer, Indian-born American physician and scientist Siddhartha Mukherjee notes the surprisingly recent discovery of the notion that cancer is a genetic disease caused primarily by mutations in our DNA. These mutations are what lead to the impossible diversity within cancer tumors that makes them so difficult to eradicate completely.

It has thus been proposed that through sequencing the genome of a cancer tumor—which is essentially the process of translating or decoding the mysterious language that makes up the tumor’s one-of-a-kind DNA sequence—doctors could then be enabled to prescribe personalized, targeted treatment for each individual cancer patient with the goal of either halting the cancer’s growth or curing it altogether.

This has been the driving force behind the work of computer scientists like David Patterson, one of the leaders of the Algorithms, Machines and People Laboratory (AMP Lab) at UC Berkeley. The issue has not been collecting this genomic information, per se. Rather, teams like Patterson’s are faced with the task of finding meaningful patterns amidst so much data—in fact, it has been posed that the volume of genomic data being uploaded onto computers worldwide will completely overshadow every other big data producer, including content aggregators like Twitter and YouTube.

Completing such a task is simply not possible for the human eye alone. It will take the involvement of some of the world’s most powerful cognitive computing platforms like IBM’s Watson to properly and effectively ingest and analyze these massive amounts of data at record speed.

The result of computer scientists’ role in this highly technological process will be threefold, according to Patterson’s New York Times essay on the topic:

Changing the world one algorithm at a time

These new developments in the fight against cancer have the potential to completely change the game for cancer researchers and, in the long run, save thousands of lives. This stands as just one possible way computer science can farm Big Data to contribute to serious advances in the sciences at large.

While it’s nearly impossible to predict the ways this innovative field will continue to transform the world as we know it, there are plenty of ways our communities are currently benefiting from the expertise of these tech pros. Learn more in our article, “6 Surprising Ways Computer Science Benefits Society”.