What Is Coding? Exploring the Next Frontier for "Blue-Collar" Workers 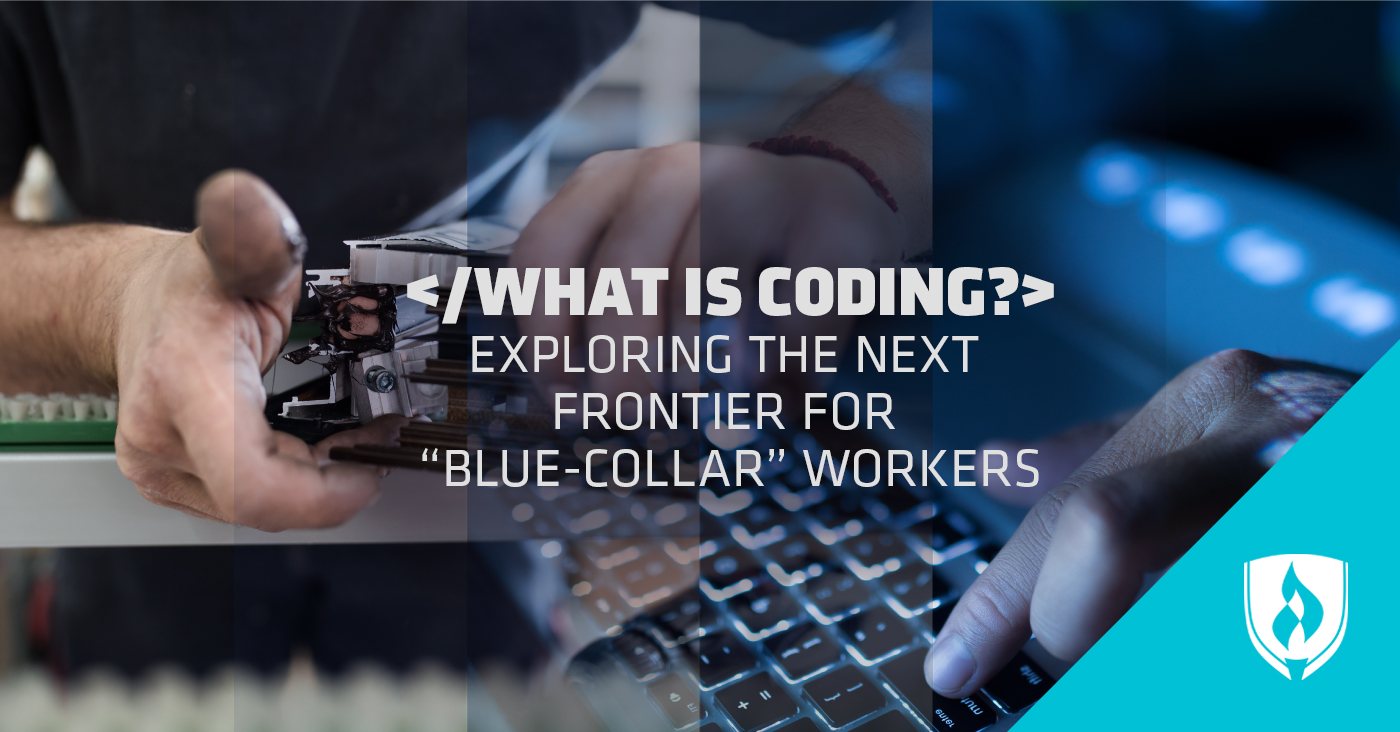 If Hollywood is to be believed, coders are the next class of superheroes. They hack their way into foreign governments to save us from terrorist attacks, they use code to track serial killers and they use their savvy skills to create their own billion-dollar tech empires.

You’ve been seeking a new career direction for a while, and it’s no surprise that computer coding continues to be at the top of your list. Who wouldn’t want a high-powered, in-demand career like this?

As much as you’d love to take steps toward a coding career, you’re not sure you fit the bill. You’re not exactly the eccentric technical-genius archetype found in television. What if you don’t have what it takes to be successful in this field?

Coding is a career worth pursuing, but it may not be as inaccessible or intimidating as Hollywood makes it seem. In fact, some have dubbed coding as the next “blue-collar” job.

You need the real scoop on coding before you take steps toward this new career. We’re answering the question, “What is coding?” and debunking the Hollywood myth that it’s off-limits to the average Joe.

What is coding, anyway?

Put simply, code is a series of commands or instructions written for computers to produce a desired output. These commands can be simple, like “Hello World”, or complex enough to give cars the ability to drive themselves. Coding is just the act of writing these commands.

Computer programmers are the specialists who use programming languages to code just about everything in our technology-driven society. Code is used for everything from building websites and keeping the internet functional to developing new apps and software. Programmers can find themselves working in nearly any industry, including healthcare, tech start-ups, finance, insurance and manufacturing.

These coding professionals are also well compensated for their skills. See for yourself with these median annual wages for coders with various job titles in 2016:

Compare these to the national average in 2016, which was $37,040, and you can see the optimistic earning potential in the field.

Coding is not just for tech geniuses

“Computer programming is not that hard. It just requires a little logic and problem solving,” says Matt Watson, founder and CEO of Stackify. “This is a skill that every kid should learn. Problem solving is something that people can use, no matter what they do with their lives.”

"Our economy is rapidly digitizing, and so should our workforce."

If pop culture is your only point of reference, you might expect all coders to be whiz kids who furiously scribble complex mathematical equations on whiteboards as they solve the world’s problems with revolutionary technology. In reality, many coding careers are closer to a reliable, stable career than a ticket to instant fame and fortune.

A recent Wired article pointed out that only 8 percent of United States coders are employed in Silicon Valley. The vast majority are regular people working a typical 9–5 job in companies across a variety of industries—much like blue-collar workers of past generations.

“Our economy is rapidly digitizing, and so should our workforce,” says Sylvain Kalache, co-founder of Holberton School. “Yesterday’s industry leaders in automotive, retail and manufacturing now have to compete for digital talent with the Ubers, Amazons, Googles and Facebooks.”

The result is stable, secure programming jobs steadily growing in industries like healthcare and finance, not just progressive tech companies.

The “blue-collar” job of the next generation

Coding does require training and a special skillset, but it does not need to be solely the domain of super-geeks and prodigies. The reality is that coding as a skill will need to become more and more accessible for workers to keep up with employer demand.

“We need millions of people to help do a lot of relatively simple programming tasks,” Watson says.

"We need the perception of becoming a programmer to be more open and not just thought of as something for eccentric geniuses."

These everyday tasks might be things like tweaking a website, testing new programs and fixing errors, according to the BLS. These jobs are all within the realm of what the average, everyday programmer can be expected to do.

The glamorous Hollywood portrayal of brilliant hackers has some business owners worried that potential programmers won’t pursue a coding career because they think it’s out of their league.

“We need the perception of becoming a programmer to be more open and not just thought of as something for eccentric geniuses,” Watson says.

With digital technology becoming more and more incorporated into everyday life, the people who are drawn to traditional blue-collar work may need to look toward programming as the next natural step in their careers.

Talent needed at all levels

That’s not to say that talented tech wizards won’t have their place in the digital workforce.

“There will always be levels of complexity when it comes to software development,” Watson says.

While some may be tasked with solving lofty problems or tackling complex theoretical computing issues, many coding positions will handle more straightforward tasks. To make a parallel to the construction industry—we need our fair share of architects and engineers, but we also need the people who put those plans into action.

While some may bristle at the thought of coding as “blue-collar” work, the focus is not on labels, but truly on re-positioning coding careers as a viable option for more people. Many industry experts agree that changing the perception of coding is a positive long-term development.

“I’m definitely in favor of changing the perspectives of young students if it means drawing more of them into the industry,” says Kornel Kurtz, founder and CEO of Webtek.

Educating the next wave of coders

In addition to being scared off by Hollywood’s portrayal of coders, many would-be programmers are intimidated by the time and money it takes to pursue a college education.

Viewing coding as a “blue-collar” career opens up doors for a different perspective when it comes to education. We used real-time job analysis software to examine nearly 900,000 coding job postings.2 The data revealed that more than 90 percent of employers are seeking candidates with at least some college education.

If employers are struggling to fill coding jobs, they may become more flexible with these requirements. With that could bring more opportunities for candidates with Associate’s degrees, certifications or coding “boot camp” experience.

“I think this could bridge the gap between your four-year college-bound students and those looking for a shorter-term commitment to develop only core skills needed in the workplace,” Kurtz says.

Could coding be the career for you?

Now that we’ve answered the question, “What is coding?” you may be seeing this tech-driven career in a whole new light. Coding work is more accessible to the average person than you may have initially thought, but it certainly requires education and training.

Don’t let perception be a barrier to what you can accomplish. Learn more about the variety of programming careers you can choose to pursue with our article, “9 Programming Careers for Coding Connoisseurs.”

1Salary data represents national, averaged earnings for the occupations listed and includes workers at all levels of education and experience. This data does not represent starting salaries and employment conditions in your area may vary.
2Burning-Glass.com (analysis of 897,380 coding-related job postings, May 1, 2016 – April 30, 2017) 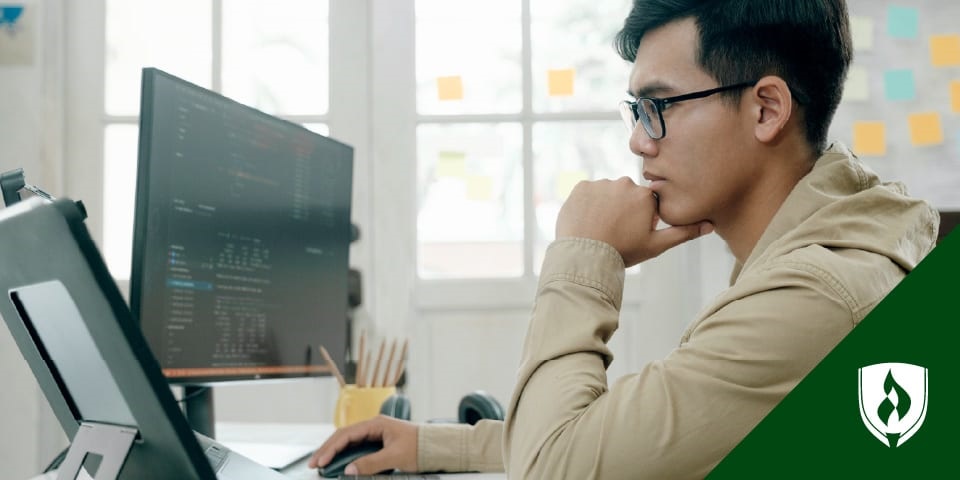 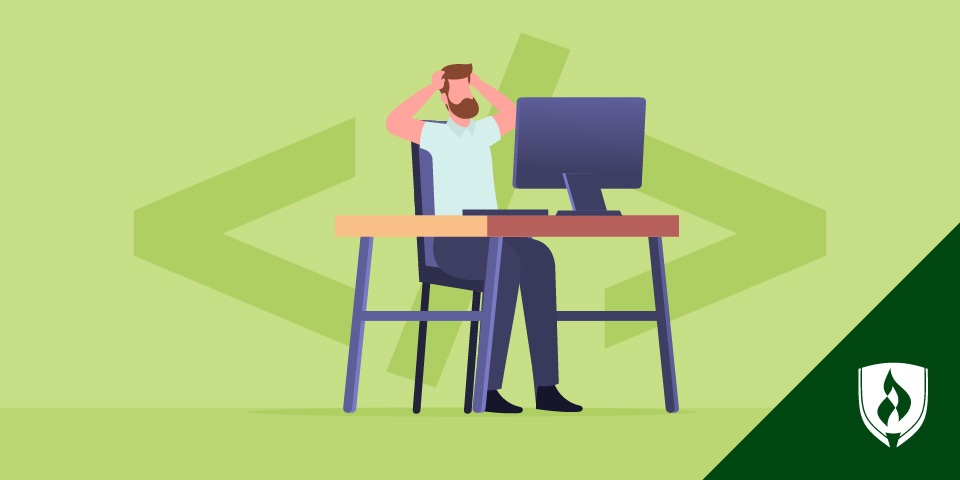 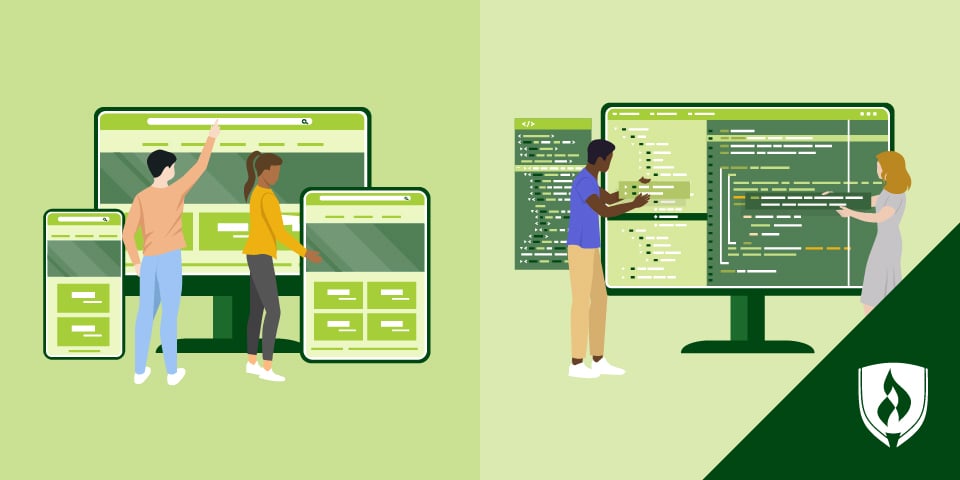 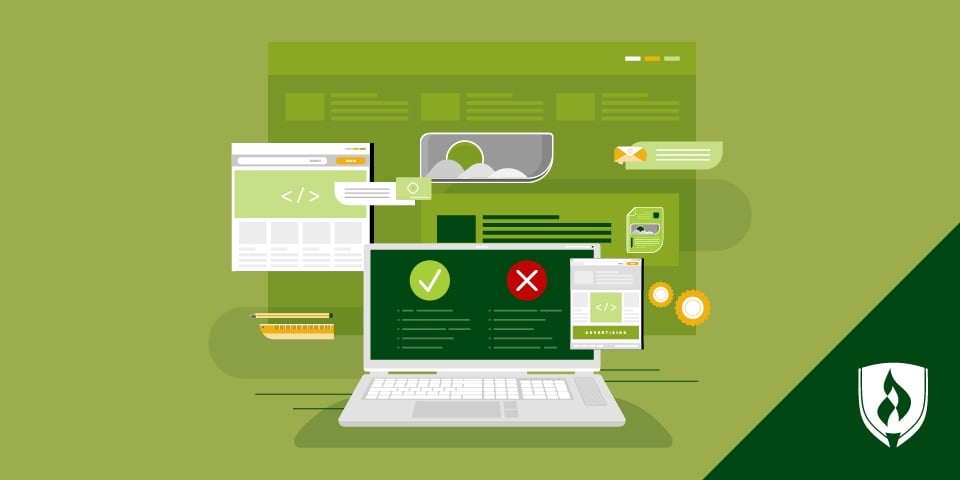